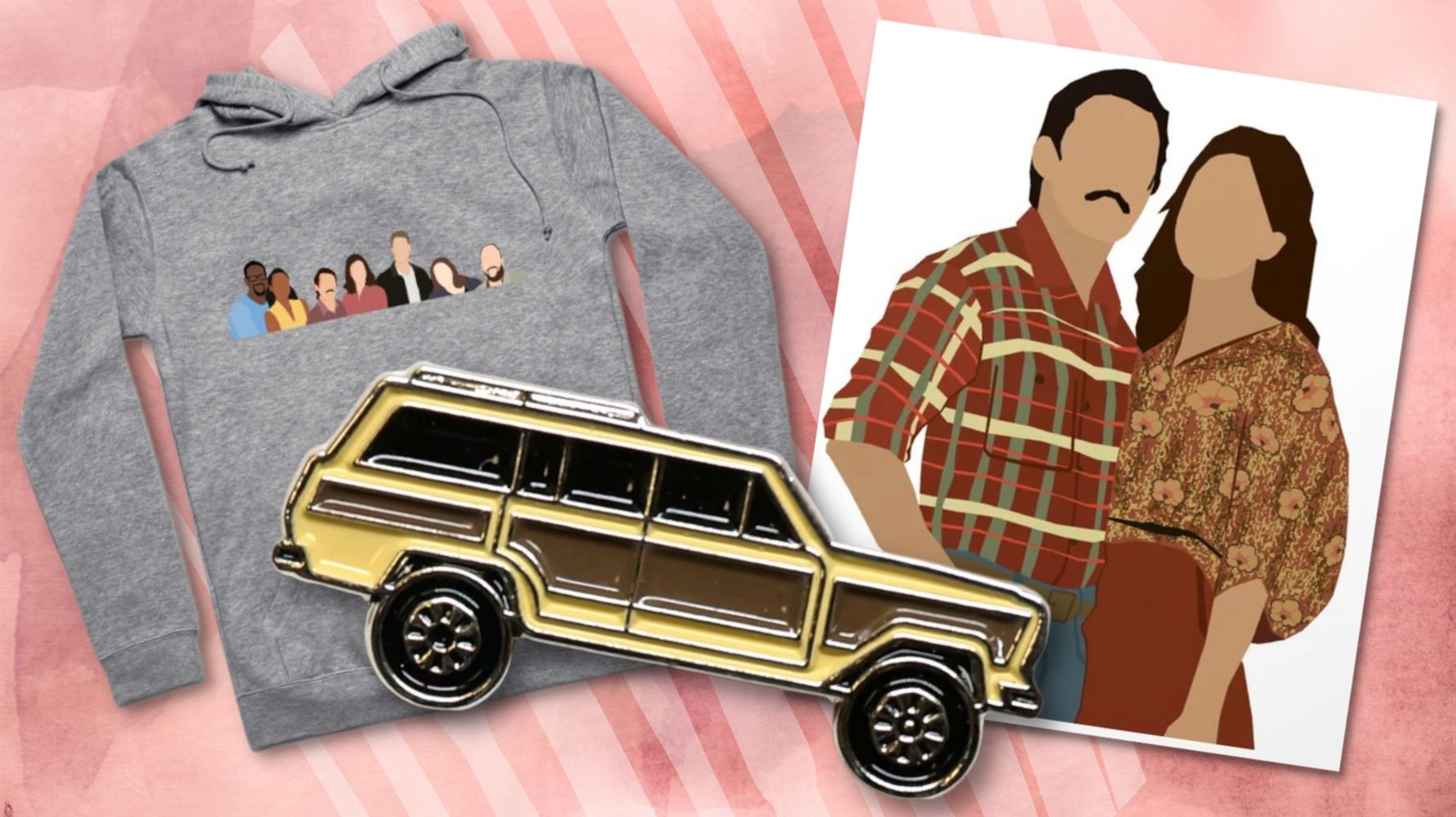 Warning: This story may contain spoilers for anyone who isn’t caught up with the series.

January marked the beginning of the return of many beloved TV shows, including NBC’s tearjerker “This Is Us.” The first episode of the final sixth season premiered on Jan. 4, and from the events that took place, it looks like we’re going to end the series how we started: on an emotional rollercoaster.

Kate, Randall and Kevin ― affectionally known as “The Big 3” ― are already gearing up to deal with some major life changes and realizations. As an avid fan since the beginning, I’m sad that the series is ending, but grateful for a show that depicts such diverse and realistic life experiences exists.

To kick off the new and final season, I dug through the most creative corners of the internet to round up the coolest “This Is Us” fan merch. From decorated coffee mugs featuring the main cast to a copy of an actual autographed script from the pilot episode to Jack’s iconic Pittsburgh Steelers Terrible Towel, there’s a token of nostalgia for every “This Is Us” fan.

And if you’re not caught up yet, you can stream all of the seasons, including the current one, on Hulu.

HuffPost may receive a share from purchases made via links on this page. Every item is independently selected by the HuffPost Shopping team. Prices and availability are subject to change.

Advertisement
1
An art print of Jack and Rebecca
Society6/guiramella
Even without faces, the figures portrayed in this art print are easily recognizable. The backbone of our beloved TV show, Jack and Rebecca, are seen standing together, reminding of us happier times. The print comes in three sizes: extra small, small and medium, with the medium size being 17 x 20 inches.

Get it at Society6 from guiramella starting at $22.99.

2
A periodic table with all of the episode titles
Etsy/HarleyPlanetarium
You don’t need to be a rocket scientist to enjoy “This Is Us,” but if you love all things STEM and want a trip down memory lane, this show-inspired periodic table print is exactly what you need. Each tile features the episode title, director and release date of seasons one through five.

Get it on Etsy from HarleyPlanetarium for $25.49.

3
A weekly planner kit
Etsy
A new year is the perfect time to get a new planner, and this weekly one is completely “This Is Us” themed. It comes with seven full sheets of stickers, including ones of our favorite Tuesday night family.

4
A 110-piece “This Is Us” puzzle
Redbubble
As an homage to the Pearsons’ family jigsaw puzzle from “The Cabin” episode in season 4, dig into this puzzle that features images of our favorite family.

6
A hoodie with the main cast
TeePublic
Snuggle up on the couch with this cotton/poly fleece blend hoodie featuring faceless designs of the cast. It comes in black, red, navy, royal blue, vintage heather and charcoal heather. Sizes range from XS to 5XL.

7
A copy of an autographed script from the very first episode
Etsy/hollywoodtrove
The ultimate fan of the show will probably frame this copy of an autographed script from the pilot episode. It is a replica of a copy that was used in the production of the episode and provides details of the scene, characters and dialogue, and instruction for the film production team. It even comes with a key card that indicates the names of the cast members and shows which autograph belongs to whom.

8
A hat that looks like William’s
Amazon
Among William’s many loving qualities is his impeccable style, including his signature brown fedora. He’s seen wearing it in almost every scene, and the further you get into the show, the more you become emotionally attached to it — and him. Keep William close with this lookalike hat from Amazon.

Get it on Amazon for $15.99.
9
A 1991 Jeep Grand Wagoneer pin
Etsy
From season 1, we’ve seen the significance of the young Pearson family’s car, a 1991 Jeep Grand Wagoneer. Originally purchased by Jack, it took our close-knit family on many adventures and was there for the teenage Pearsons and Rebecca as years went by. Attach this pin that looks just like one on your backpack, tote or even on your shirt to show your “This Is Us” spirit.

10
“Black Ballerinas” by Misty Copeland
Target
One of the episodes that stood out to me from the whole series was “Our Little Island Girl” from season 3. It explored Beth’s child- and teenage-hood, her ballet skills and wanting to be a pioneer as a Black principal dancer. In honor of Beth’s dance dreams, read about Misty Copeland, the first African-American woman to be promoted to principal dancer in American Ballet Theater’s 75-year history. This book explores her experiences as a Black ballerina and talks about the other dancers of color who influenced her.

11
The Big 3-themed jersey
NBC Store
Football, particularly when the Steelers are playing, is an integral part of Kate, Randall and Kevin’s lives. This jersey dedicated to The Big 3 is the perfect Tuesday night watching attire.

12
A mug with everyone on it
Etsy/GREEDYLAB
Upgrade your morning coffee by sipping it out of a mug created for “This Is Us” fans. It features The Big 3, their spouses and of course Jack and Rebecca. You can get it as an 11- or 15-ounce mug.

Get it from Greedylab on Etsy starting at $15.56.
13
A moon necklace similar to Rebecca’s
Etsy/tangerinejewelryshop
In season 1, episode 2, Jack gives Rebecca a crescent moon pendant, but we don’t fully understand the significance of the necklace until episode 17 of the same season. Here, we see Rebecca singing “Moonshadow” at an open mic at Ray’s, the same bar that Jack was planning to rob before hearing Rebecca sing. Keep a piece of Jack and Rebecca’s love story near to your heart with this crescent moon necklace.

15
A 4-pack of tissues to get you through the last season
Amazon
My yearly budget for the past few years included tissues specifically for each episode that aired. And from the emotional track record of the show, I think we’re going to need as many tissues as we can get.

Embrace Your Inner Carrie Bradshaw With This SATC-Inspired Nameplate Necklace

16 Thoughtful Birthday Gifts For The Aquarius In Your Life

Lupita Nyong’o Shares Brutal Underwater Workout For ‘Black Panther: Wakanda Forever’
Marsai Martin Unfazed By Criticism Of Her Savage X Fenty Show Spotlight
Dominique Thorne Talks ‘Wakanda Forever,’ Faith, And Finding Riri Williams
Did You Know #DigitalUnderground Was From LA? Money-B Talks Being Mistaken For An LA Group
Yung Joc’s Wife Says She Wouldn’t Want Any Of His Daughters To Fall In Love With A Man Like Him