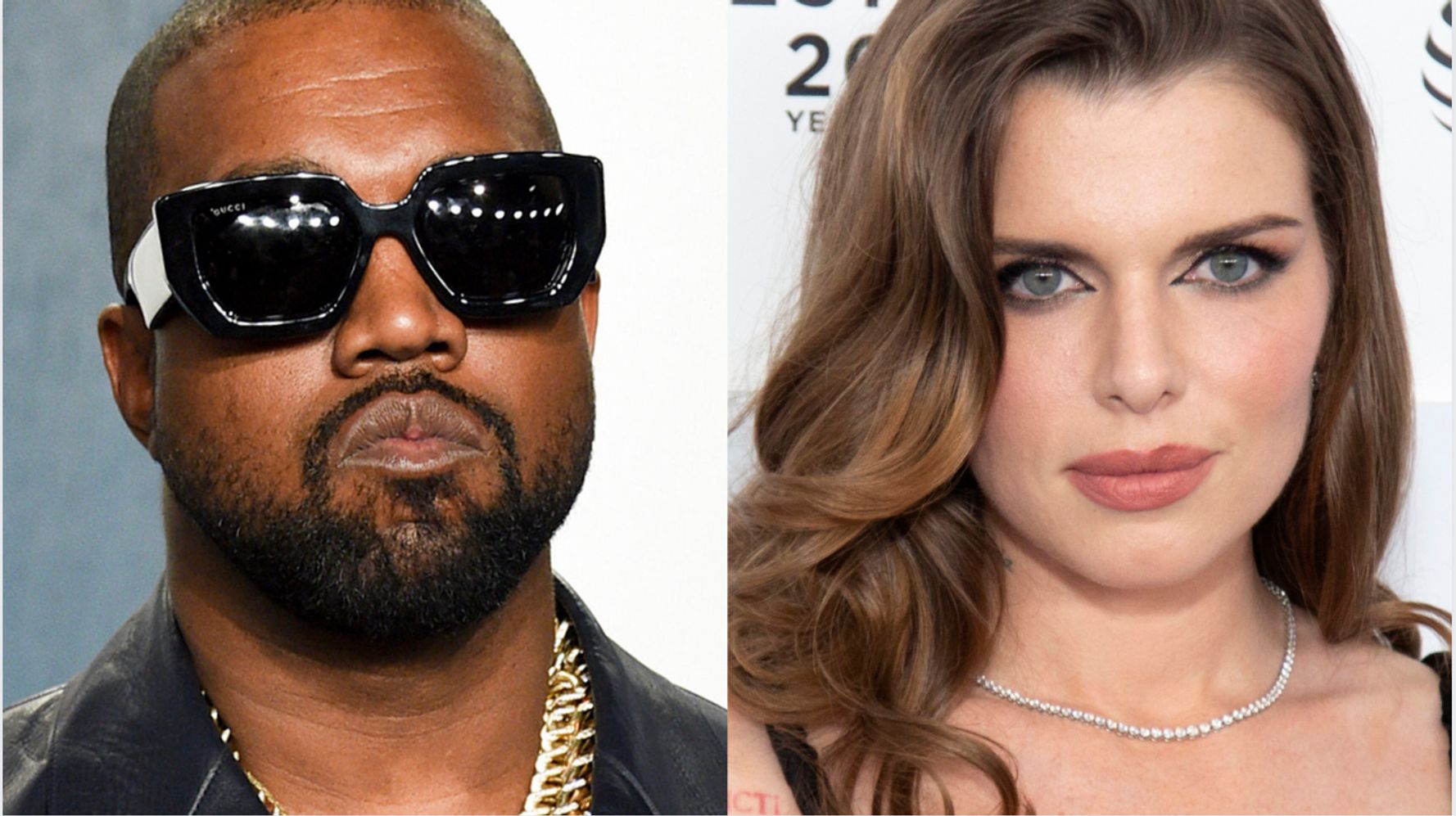 Absolutely refusing to pick a lane, Kanye West was spotted on a date with actor Julia Fox amid his repeated pleas to get back together with Kim Kardashian West.

Days after purchasing a home directly across the street from his ex, who appears to have very much moved on with Pete Davidson, the “Donda” rapper might finally be embracing his single status heading into 2022.

West was photographed grabbing dinner with the breakout star of “Uncut Gems” at the Miami outpost of the celebrity eatery Carbone on New Year’s Day. In photos obtained by TMZ, the pair seemed to enter the restaurant alone and dine together, with Fox smiling at West during the meal.

Sources told TMZ that there was “nothing serious” between the two, but on Monday, Page Six claimed that West and Fox are indeed dating.

“They both just got out of their former relationships, and they’ve helped each other recover immensely,” an unnamed source told the outlet. “They’re kind of kindred spirits, and it’s cool to watch.”

When asked by paparazzi on Sunday if she intended to see West again, a visibly uncomfortable Fox dodged the question, only to meet up with him mere hours later.

The pair were seen on a second date at a Japanese restaurant in the area, where they were reportedly joined by Future, according to Page Six.

Fox, who made her debut film performance in the celebrated Safdie brothers film, might just have West beat when it comes to relationship baggage.

Days before her date with West, she aired some troubling allegations about her former partner Peter Artemiev. In a series of since-deleted social media posts, she accused Artemiev of being a “dead beat alcoholic drug addict dad” who “left me with a 5 month old and a dog and a home and ALL THE BILLS.”

West, meanwhile, appears to be co-parenting rather amicably with Kardashian West as she proceeds with making their separation official.

Kardashian filed for divorce from West in February after nearly seven years of marriage and stated in a filing last month that their relationship “has irremediably broken down” and that “there is no possibility of saving the marriage through counseling or other means.”

But the Yeezy designer has continued to refer to Kardashian West as his “wife” in interviews and appearances, stating on multiple occasions that he intends to reunite his family.

“My kids want their parents to stay together. I want us to be together,” he said in an interview in November. “But at the end of the day, I ain’t got the paperwork yet. So I’ma come on this joint and try to save my family and keep my family together.”

At a concert last month in Los Angeles, West even gave Kardashian West a public shoutout while performing his song “Runaway.” After singing “I need you to run right back to me, baby,” he added, “more specifically, Kimberly.” The reality star and her family reportedly attended the event.

But perhaps Fox has helped West change his tune. After their first date, she was spotted wearing leather pants at the beach, which, if we’re being honest, feels like a very Kanye move.

Kappa Alpha Psi’s Rep. Hakeem Jeffries Elected House Democratic Leader
Finding Self Love In A Society With Unreasonable Beauty Standards
Twitter Users Shocked By Justice Alito’s Joke About Black Kids In KKK Robes
How One Woman Found Out Her Friend Was A Serial Killer, And She Was Next On His Hit List
Boxer Regis Prograis Comes Off World Title Win To Find His $1.2 Million Fight Check Bounced