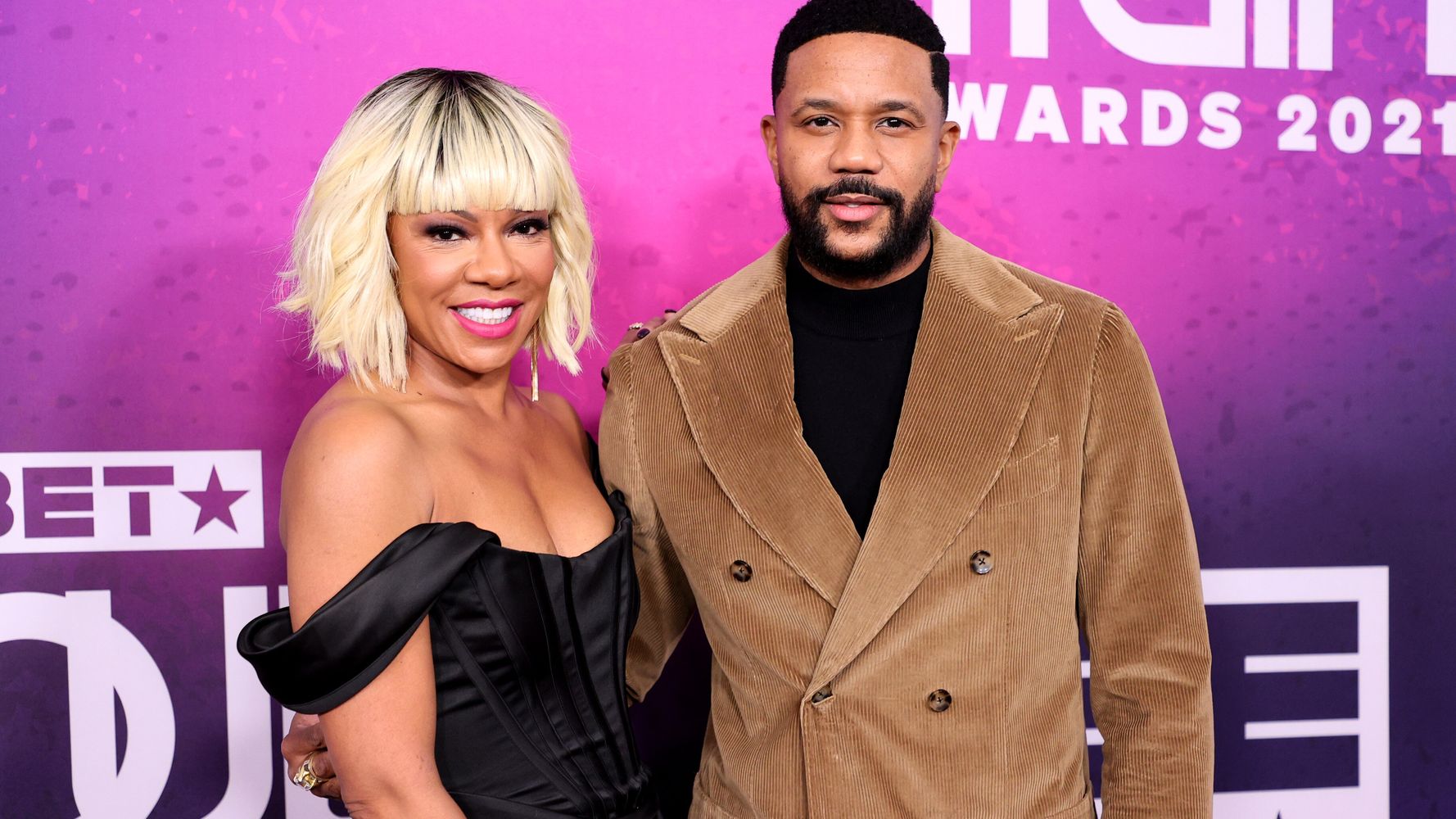 In the early ’90s, actor Wendy Raquel Robinson met TV producer Mara Brock Akil while filming the pilot for “The Sinbad Show.” Akil was working as a production assistant and chatted briefly with Robinson about wanting to one day become a TV writer. Robinson, now 54, said that moment was kismet; Akil kept her in mind for future roles for the day when she was running her own TV series instead of answering calls and running scripts.

Enter Tasha Mack, the slick-talking, business-savvy NFL mom-turned-manager-turned-powerhouse agent on “The Game,” a spinoff of Akil’s popular series “Girlfriends” about football players and their significant others. Tasha was mother to cocky star quarterback Malik Wright, portrayed by Hosea Chanchez.

Now, the on-screen mother-son duo have returned to the field once again in Paramount+’s revival of the series. In its premiere, audiences catch up with Tasha, who now has an 8-year-old daughter, a successful sports agency in Las Vegas and all the same fire and wit that the show’s fans have come to love. Malik, who is now playing for the Las Vegas Fighting Fury, is dealing with mental health issues — and vying to move off the field and into the executive suite as a team owner. Shepherded by producer Devon Greggory, the 10-episode season has appearances from its original stars including Pooch Hall and Coby Bell, with callbacks to memorable moments (the Pittsy shuffle) and funny quips (“powpowpow!”). The season finale airs Thursday, and it’s been a pretty extraordinary journey for a show that seems to have endless timeouts.

“There aren’t many characters like Tasha Mack,” Robinson, who is a producer for the series, told HuffPost. “I feel like I’m the Kris Jenner of this world. She’s powerful; she’s balancing love, life and friendships and loss all at the same time. Just to see this reiteration of her and how she’s juggling it. It just gave me so much weight not only as an actress but as a woman.”

Fifteen years ago, “The Game” helped launch the CW network. Starring Tia Mowry Hardrict, Brittany Daniel, Hall, Bell, Robinson and Chanchez, the half-hour sitcom lasted three years and garnered a huge fan base in its short run. So much so that audiences petitioned for networks to pick up the series after its CW cancellation. In a rare move, the series was picked up by BET for its fourth season in 2011. Its premiere episode raked in 7.7 million views that year, making it the most-watched sitcom premiere in cable TV history, the Washington Post reported in 2015.

From the CW to BET, the series turned from sitcom to hour-long dramedy. In its third act on Paramount+, the series fits somewhere in between, tackling some tough topics such as racism, ageism, mental health and hair discrimination in sports. It’s a timely portrayal of real life issues through fictional and sometimes lighthearted storytelling. Throughout the season, audiences watch Malik confront — and conceal — the extent of his mental health issues in a way that’s compelling without knocking you over the head with a message. The script mentions CTE, which can’t be diagnosed before death, but wisely spends its time showing audiences what’s happening in his head. For old fans of the show, Malik’s growth and maturity, at times, is lightyears away from his days putting jock straps on rookie ball players’ heads. After all, we’ve seen Malik in his 20s, 30s and now his 40s.

“To get to journey through a character’s arc on television for this amount of time and allow people to watch the series is a blessing,” Chanchez, who is also a producer on the series, told HuffPost. “I get to play this guy in different eras in his life, which is something that an actor rarely gets an opportunity to do.”

“The Game” introduces new players, too: Jamison Fields (Vaughn Hebron), a formerly incarcerated undrafted free agent; and Garrett Evans (Toby Sandeman), a defensive MVP who was traded to the Fighting Fury. Adriyan Rae portrays Brittany Pitts, the financially strapped daughter of Jason (Bell) and Kelly Pitts (Brittany Daniel), who is now working for Tasha to learn the ropes of the sports business. Brittany and Jamison have romantic sparks, as do Garrett and Brittany’s BFF and roommate Raquel (Analisa Velez).

But at its core, “The Game” is “Wendy’s world,” Chanchez told me. Part of the show’s success is its view into the testosterone-filled NFL world through a woman’s lens. And Tasha gives plenty of perspective about the game in the series. With Chanchez and Robinson at the helm — and their magnetic chemistry in both funny and serious moments — “The Game” plays on in a way that’s quite unheard of in the TV industry. The actors both told HuffPost that they call each other soulmates and that that energy has helped make this iteration of the show possible.

“I’ve never had a co-star or even another series regular partner that has been this close,” Robinson said about Chanchez. “We laugh when we call each other soulmates, but we really are connected on a whole spiritual level. It’s just as magical as this show coming back for the third time.”