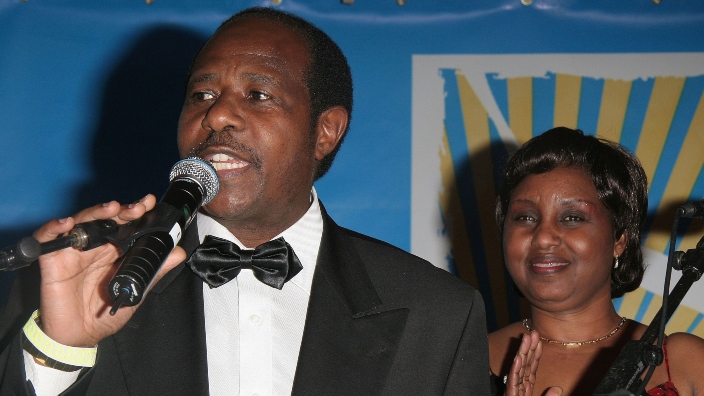 The wife of the man who inspired the 2004 film Hotel Rwanda is pleading with the United States for help getting her husband freed from prison.

The Associated Press previously reported that Paul Rusesabagina was found guilty in September of terror-related offenses by a court in Rwanda. Following the verdict, he called the trial a “sham,” Mediaite reports.

Rusesabagina is considered a hero for sheltering more than 1,000 Tutsi and Hutu refugees at the Hôtel des Mille Collines, the hotel he managed in the Rwandan capital of Kigali during the 1994 genocide in Rwanda.

On Tuesday, his wife, Taciana Rusesabagina, who is Tutsi, published an opinion piece in The Washington Post titled, “My husband risked it all to protect hundreds in Rwanda. Now, he needs our help.” Taciana says “[i]t has been more than a year since my husband, Paul Rusesabagina … was lured from our Texas home and diverted from his intended destination to another continent to face ‘justice.’”

Per The AP report, in 2020, Rusesabagina, a Hutu and critic of Rwandan President Paul Kagame, disappeared during a visit to Dubai, United Arab Emirates, and appeared days later in Rwanda in handcuffs. At the time, he was accused of supporting the armed wing of his opposition political platform, Rwandan Movement for Democratic Change. The group claimed some responsibility for attacks in 2018 and 2019 in the south of the country in which nine Rwandans died. 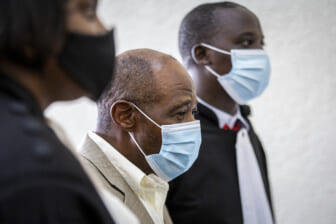 Rusesabagina maintained his innocence, but the court claimed he flew on a private jet to Burundi to coordinate with militant groups based there and in Congo, according to the report. When his plane ended up landing in Rwanda, he was arrested on terrorism charges.

The longtime activist said his arrest was “in response to his criticism of longtime Rwandan President Paul Kagame over alleged human rights abuses,” The AP reports. Rwandan authorities denied his claims that he was tortured before he was jailed.

In September, Rusesabagina was convicted and sentenced to 25 years in prison.

In her Post piece, Taciana Rusesabagina notes that her husband’s “supposed crime was nothing more than using his voice.”

She alleges that Paul Rusesabagina was kidnapped and taken to Rwanda against his will.

“Since then, my husband has languished with limited human contact in a jail in Rwanda and our family is enduring another holiday season without him, sustained only by slivers of joy brought by the 5-minute phone calls we are permitted every Friday morning,” Mrs. Rusesabagina wrote in The Post.

“My husband has not spared the Rwandan government, led for more than two decades by President Paul Kagame, from his criticism. My husband Paul and many others throughout the world have made their hopes for Rwanda clear,” she added. “Simply stated, Paul has been a voice for the voiceless, calling out loudly in favor of human rights and a system of democracy that does not currently exist.”

Taciana Rusesabagina goes on to note that “Rwanda is an ally of the United States” and “is the recipient of millions in financial aid and cooperates more broadly on important foreign policy interests in Central Africa.”

“If the U.S. relationship with Rwanda is strong enough to be deserving of financial and trusted cooperation, then it is strong enough to push for the release of my husband on humanitarian grounds,” she wrote, adding, “I know the United States will not forget Paul’s example and will take what steps are necessary to bring him home.”

As reported by The AP, Paul Rusesabagina is a Belgian citizen and U.S. resident who was awarded the U.S. Presidential Medal of Freedom.

Taciana Rusesabagina said that she’s “encouraged by the growing chorus around the world calling for my husband’s release.”

This article contains additional reporting from The Associated Press.

Jeffrey Dahmer Once Asked Lyfe Jennings To Sing For Him During Their Time In Prison Together
Brittney Griner Gets No Kind Words From Former Coach During Press Conference
Barack Obama Gushes Over Michelle In 30th Wedding Anniversary Tribute: ‘I Couldn’t Have Asked For A Better Life Partner’
Kanye West Goes Full MAGA Mode In ‘White Lives Matter’ T-Shirt During Yeezy Season 9 Fashion Show
‘Interview With The Vampire’ Is Blacker And Gayer Than Ever — And It Feels Just Right