Vice President Kamala Harris rebuffed suggestions on Sunday that President Joe Biden and his administration have put her in a no-win position on the assortment of challenging issues she’s been asked to address.

“I don’t believe I’m being set up to fail,” Harris told CBS Face the Nation host Margaret Brennan Sunday morning. “More important, I’m the Vice President of the United States, anything that I handle is because it’s a tough issue. And it couldn’t be handled at some other level.”

Brennan asked Harris about comments made by other Washington D.C. insiders, including former Democratic strategist Donna Brazile and CNN political commentator Bakari Sellers, who have criticized the “impossible portfolio” of policy proposals with which Harris has been tasked. 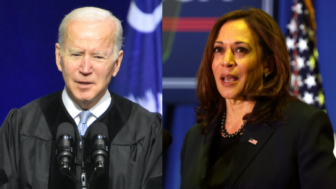 “Her portfolio is trash,” Sellers told theGrio correspondent April Ryan in October. “You give someone a portfolio that is not meant for them to succeed.”

That portfolio includes serving as the White House’s border czar, tasked with stemming the tide of foreign migrants seeking asylum at the U.S. southern border.

It also includes helping to lead the charge on the issue of voting rights and alleged voter suppression efforts by Republican state lawmakers in GOP-controlled states across the country.

Legislatures in states such as Georgia and Texas passed so-called voter integrity bills earlier this year that critics argue are designed to make it more difficult for minorities to exercise their voting rights.

House Democrats passed the John Lewis Voting Rights Advancement Act in August, but the bill still faces an uphill battle to overcome a Republican filibuster in the U.S. Senate. Senate Democrats and the Biden administration have promised to press the issue next year. 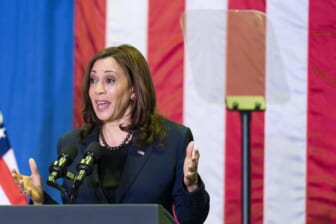 “I’ll leave that for others to deal with…I have a job to do,” Harris replied.