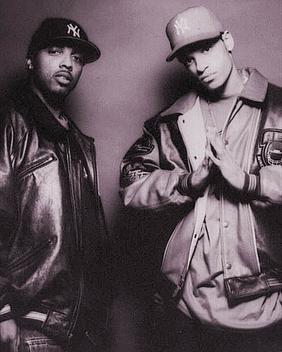 Lord Tariq and Peter Gunz was a hip-hop duo composed of rappers Sean “Lord Tariq” Hamilton and Peter “Peter Gunz” Pankey. The group is best known for their 1997 single “Déjà vu (Uptown Baby).” The duo was established in 1996 in New York City, New York and made their debut on Whodini’s 1996 album Six on a song named “Can’t Get Enough.” In 1997 the group released their own debut single, “Déjà vu (Uptown Baby),” The song quickly sold a million units and was certified platinum. It peaked at no. 9 on the Billboard Hot 100 and no. 1 on the US Hot Rap Singles. The song was also remixed three times: The Frankenstein remix was produced by Frank “Frankenstein” Fallico, the Pro Black remix was produced by Lamount “Ayatollah” Dorrell, and a Bad Boy Records remix was made by Mason Durell “Ma$e” Betha, The Lox, and Sean John “Puffy Daddy” Combs.

Despite their single’s success, controversy arose when the rock group, Steely Dan claimed that the duo sampled their 1977 song “Black Cow” without their permission. Steely Dan requested an immediate payment of $115,000 as well as 100% of publishing royalties generated by the song. In the final agreement Steely Dan members Walter Becker and Donald Fagen are the sole credited songwriters on “Déjà vu (Uptown Baby).”

In 1998, Hamilton and Pankey released their debut album Make It Reign, which featured “Déjà vu (Uptown Baby).” Like the single before, the album sold a million units and was certified platinum. It peaked on the Billboard 200 Album chart at number 38 and peaked at 8 on the Top R&B/ Hip-Hop albums chart. The album featured numerous artists including Kirk “Sticky Fingaz” Jones, Cam’ron Ezike, “Cameron Giles, Joseph Antonio “Fat Joe” Cartagena, and Christopher Lee “Big Pun” Rios. This was the duo’s only album as they broke up in 1999.

Both Hamilton and Pankey pursued solo careers. In 2005, Hamilton released his solo album The Barcode, which didn’t chart. He then collaborated with other artists including Shawn “Jay-Z” Carter and Nasir “Nas” Jones. Pankey collaborated with former basketball player and sometimes rapper Shaquille O’Neal. Pankey would also appear on realty TV shows including Love and Hip-Hop: New York, Marriage Boot Camp: Realty Stars, and Cheaters. Despite the duo’s 1999 breakup they remain active in the entertainment business as of 2021.

Daphne Joy Responds To 50 Cent’s Online Attacks: ‘I’m So Tired Of Defending My Character’
What Serena Williams’ Retirement Taught Me
10 Reminders As To Why Trina Remains ‘The Baddest Chick’
Where Them Dollars At? Houston Strippers Say The Economy And Racism Are Ruining Business
Seven Black Fraternity and Sorority Member-Owned Startups Awarded Google ‘Black Founders Fund’ Funding of $100,000 Each