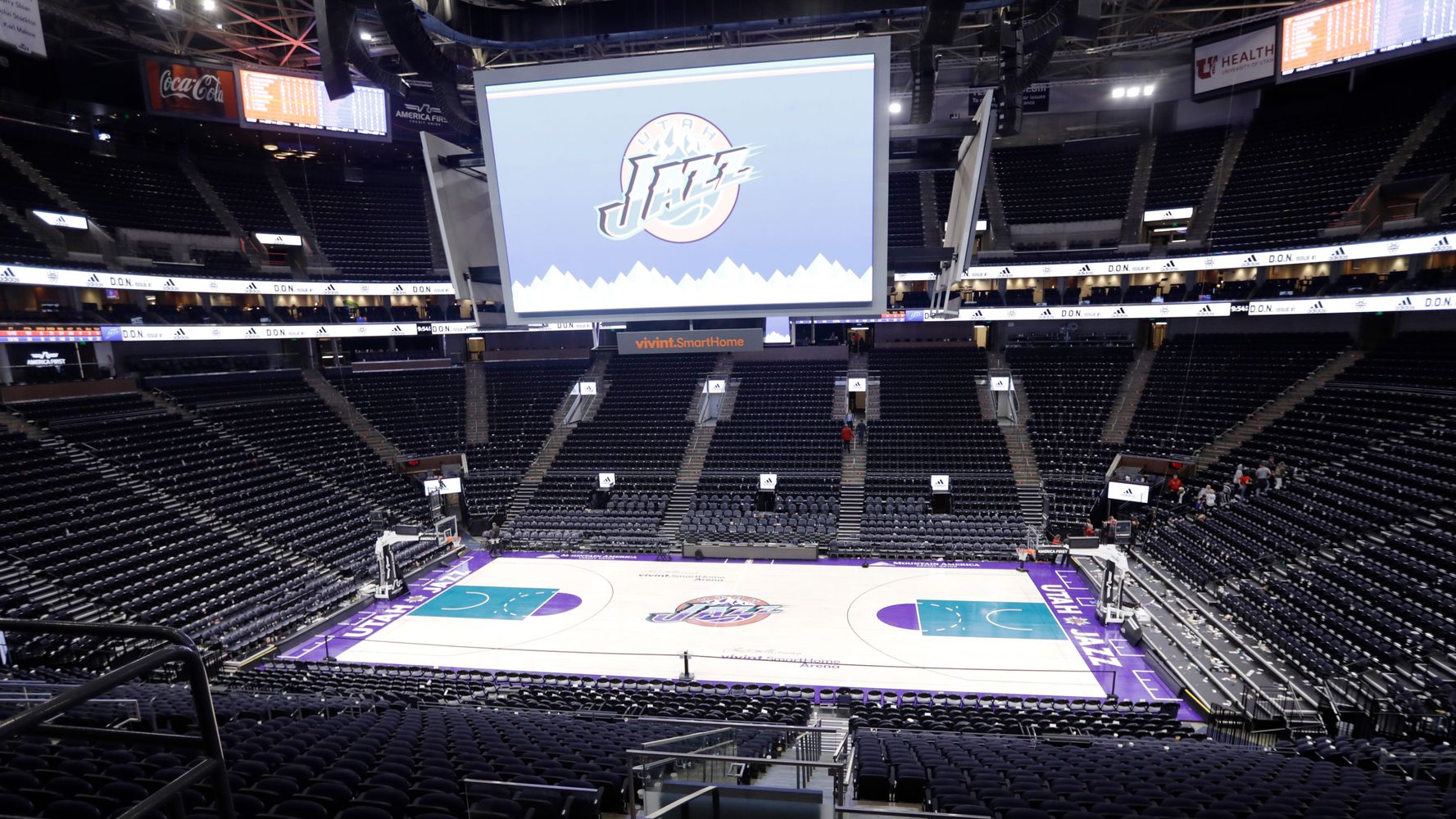 Utah Jazz dancer Danielle Bush might’ve thought she botched the choreography to a performance on the court this week — but the routine mix-up was all a part of the plan.

Bush got engaged in a surprise proposal during her team’s performance at the Vivint Arena in Salt Lake City, Utah, on Monday night.

In a video captured by the Utah Jazz, Bush can be seen looking puzzled during the performance as the music playing in the background suddenly changes, and her fellow dancers begin a new routine — a routine Bush clearly didn’t know.

Although Bush did her best to go along with the new choreography, the confusion didn’t last too long, as her new fiancé, Brandon Heiser, walked out on court and dropped down to one knee to propose shortly after.

Bush told local NBC affiliate KSL-TV on Tuesday that she initially thought she was going to be reprimanded over the routine mix-up.

“My first thought is, ‘Oh my gosh, I’m going to lose my job,’” Bush said. “I tried to make eye contact with my teammates, but they wouldn’t stop being all smiley and giggly and they weren’t helping me out!”

The most wholesome moment 🥺

The music changed up on this Utah Jazz Dancer, then something amazing happened 💍 pic.twitter.com/OHr1DXgqos

“In an arena full of thousands, all I see is you,” she wrote in a caption of the post. “It was absolutely love at first sight the night I met you and almost 3 years later, I still feel those butterflies every time I come home from practice or work.”

She later thanked her coach and teammates for “making this the most epic night of my life.”

No Yolanda Adams Slander Shall Prosper: Tamron Hall Puts Kim Burrell In Her Place In The Most Classy Way Possible
Chloe Bailey Cuts Loose In New Pepsi Commercial, Says Her ‘Goal Is To Have An EGOT’
Singer Keke Wyatt Shows Fans How She Became A Mother Of 11 With A Mid-Concert Twerk Session
Tabitha Brown Is Ready For The ‘Family Reunion’ That Is Her Cooking Book Tour
Tasha K Only Has $1,083 In Bank Accounts As Cardi B Proceeds With Collecting Funds