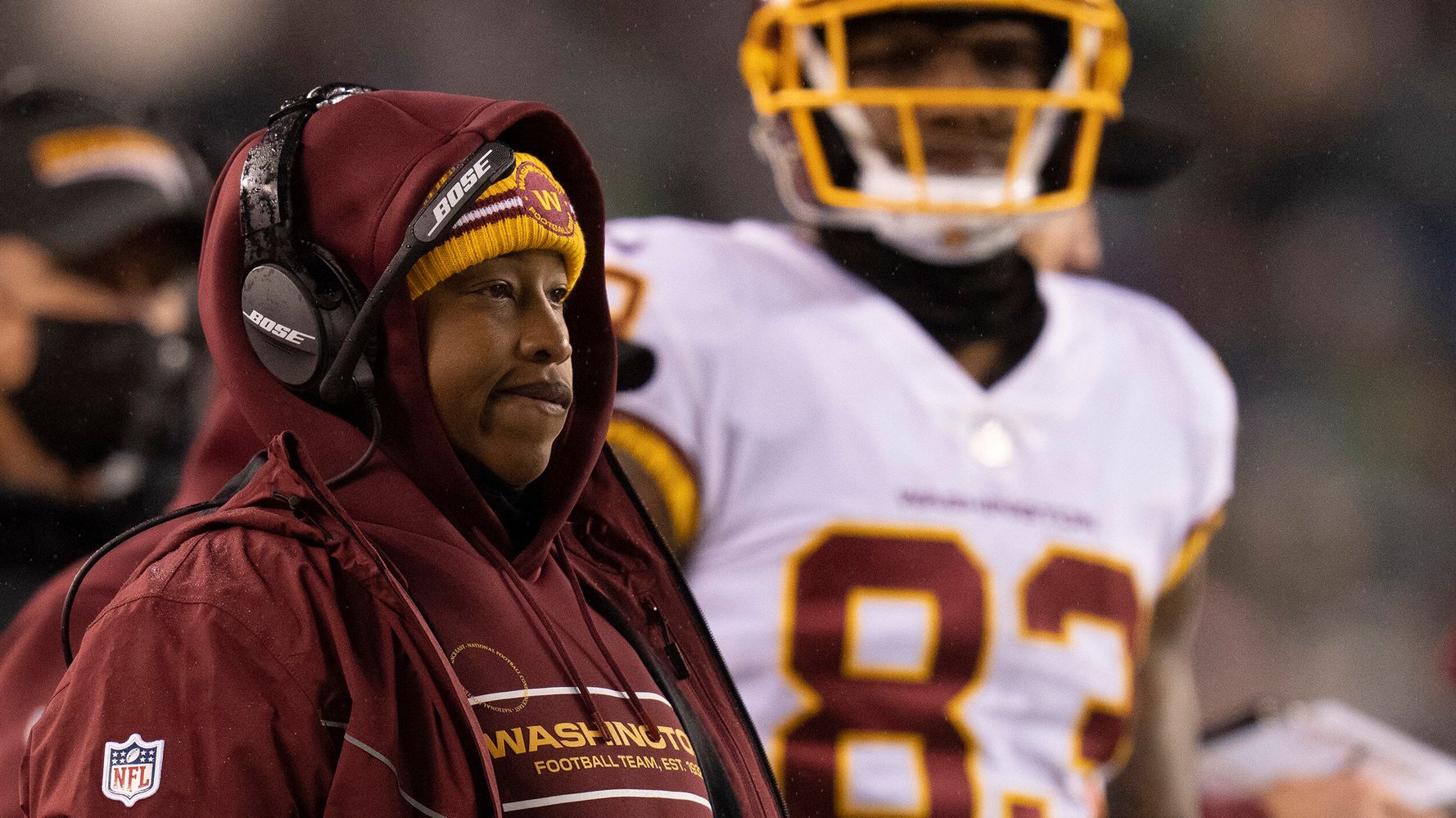 The Washington Football Team’s Jennifer King became the first Black woman in NFL history to act as a lead position coach during a game when she stepped in Tuesday as the running backs coach.

King, who typically performs assistant coaching duties, took on the role during the team’s game against the Philadelphia Eagles after regular running backs coach Randy Jordan had to miss the game due to COVID-19 protocols.

Earlier this year, King became the second woman to coach full-time in the NFL and the first Black woman to do so. In a January interview on “Good Morning America,” King praised her players and other coaches for embracing her.

“I’ve been super fortunate to work with a great group of guys and I think it comes from the top,” she said. “I’ve had some great bosses … That culture that they’ve built has been fantastic. The guys that I’ve worked with have been awesome.”

She credited her success to “having that personal mantra of really trying to be so good that you can’t be denied, and just keep going. If it’s something you really want, you have to find a way to get it done and not take no for an answer.”

Before moving into coaching, King was a seven-time All-American quarterback and wide receiver for the Carolina Phoenix women’s football team from 2006 to 2017.

Lack of diversity among coaches remains a troubling issue in the NFL. The disparity is most obvious among head coaches, of which only three are Black despite nearly 60% of NFL players being Black. An NFL diversity and inclusion report found in February 2020 that, over the past year, 24 of the 31 people hired to top roles ― head coaches, offensive coordinators, defensive coordinators and general managers ― were white men.