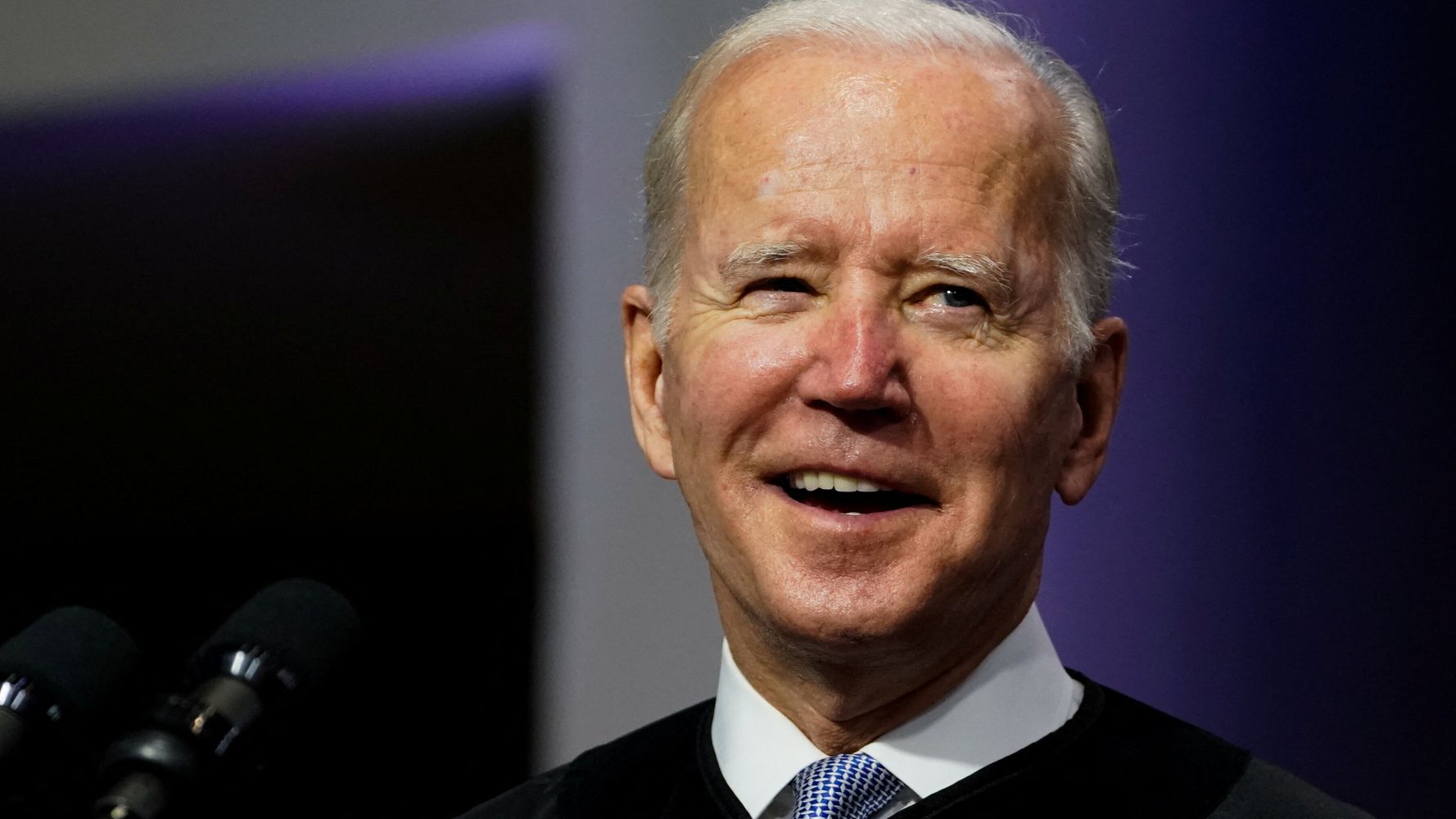 President Joe Biden is winding down his first year in office having already made significant headway on one of his most lasting legacies: judicial confirmations.

Biden has put more people into lifetime federal judgeships than decades of past presidents by this point in their terms. His court picks are also, easily, the most diverse mix of people put onto the federal bench by any U.S. president.

The question that hangs over all of it, though, is how long Biden can keep this up and whether he’s willing to play hardball with Republicans to do it.

Here’s a snapshot of how Biden’s record of judicial confirmations stacks up compared to past presidents, provided by Schumer’s office.

More than sheer numbers, though, the diversity of Biden’s nominees is a huge departure from the prototypical white, male corporate lawyers almost always tapped for lifetime federal judgeships.

This president’s court picks have included public defenders, voting rights lawyers and union organizers, in addition to historic firsts with Native Americans, Black women, LGBTQ nominees and Muslim Americans. Of his 40 judges confirmed, 32 are women, 27 are people of color, 21 are women of color and 27 have professionally diverse backgrounds. Fifteen are former public defenders.

Biden and Schumer “have led a revolution in the way Democrats think about who should serve as judges by selecting lawyers who have represented everyday people as public defenders, civil rights lawyers and union-side labor lawyers,” said Chris Kang of Demand Justice, a progressive judicial advocacy group. “This historic approach should give confidence to judges who are eligible to retire that their vacancies will be quickly filled in the new year with judges who will bring balance to our federal courts.”

The White House and Schumer have been flying through judicial confirmations for a couple of reasons. They want to offset the massive number of conservative and ideological judges that Trump confirmed. They also know they may not be able to do this for long.

Democrats have a razor-thin majority in the Senate, and they could lose it in November 2022. Republicans aren’t likely to confirm many of Biden’s preferred court picks, and given their record of obstructing Obama’s nominees when they controlled the Senate, there’s no reason to believe the GOP would help Biden confirm many judicial nominees at all.

It’s not a coincidence that all of Biden’s confirmed judges so far are from states led by two Democratic senators. Typically, the judicial nomination process begins with a state’s two senators recommending nominees to the White House for vacancies in their home states. From there, the White House and those senators traditionally work together to usher their nominees through the Senate confirmation process.

But that process has fallen apart in recent years. Republican senators prevented Obama from filling lots of court vacancies, in part by not recommending nominees at all. Obama’s White House waited and waited for judicial recommendations that never came, and some of those court seats stayed empty for more than six years. Eventually, when Trump came into office, those same Republican senators promptly recommended nominees to him who were much more conservative than those Obama would have chosen.

The looming questions for Biden are how much is his White House willing to work with Republican senators on picking judicial nominees, and how aggressive is Biden prepared to be in the event that they won’t work with him.

Biden recently nominated Andre Mathis to a Tennessee-based seat on the U.S. Court of Appeals for the 6th Circuit. Mathis is the first and only judicial nominee so far from a state led by Republican senators, Marsha Blackburn and Bill Hagerty. Both senators have criticized Mathis’ nomination and said they weren’t meaningfully consulted.

“If [Democrats] move quickly in the new year to confirm him, that would seem like a positive sign that we could see movement on some of the other red-state seats, too,” Collins said.

Biden wouldn’t be breaking with Senate norms if he plowed ahead with Mathis’ nomination without Blackburn’s and Hagerty’s consent, either, Collins added, since Republicans already did away with that tradition. Trump nominated several people to appeals court seats over the objections of Democratic senators from those nominees’ states, and Republicans went ahead and confirmed them.

“Acting as though there needs to be (or will ever be) agreement between the White House and [Republican] senators like Roger Marshall or John Kennedy on judicial nominees is a waste of everyone’s time,” said the law professor, “and the White House should just start moving forward.”

Biden still has plenty of court seats to fill in states with two Democratic senators, and he could easily focus on those seats for a while, said Carl Tobias, a University of Richmond law professor and expert on judicial nominations.

This is especially true of vacancies on appeals courts, Tobias said, “which are critical.”

Trump made appeals court confirmations a priority, and Biden already appears to be doing the same. Appeals courts are more powerful than district courts, and are just one step below the U.S. Supreme Court. They are often the last resort for 99% of cases in their regions of the country on issues like abortion rights, same-sex marriage and immigration.

“There may be enough of [these appeals court vacancies] to keep Biden busy through November 2022,” speculated Tobias. “If Democrats hold the Senate after that, they can regroup and have a strategy to address red-state vacancies.”

“Acting as though there needs to be (or will ever be) agreement between the White House and [Republican] senators like Roger Marshall or John Kennedy on judicial nominees is a waste of everyone’s time.”

Russell Wheeler, a visiting fellow in the Brookings Institution’s Governance Studies Program and president of the nonpartisan think tank The Governance Institute, tends to agree.

“I suspect … that the administration might be more inclined to not worry much about district vacancies in states with Republican senators but pay more attention to courts of appeals, in the interest of protecting or enhancing the proportion of Democratic appointees on certain courts,” he said.

It’s possible that Biden may have a Supreme Court seat to fill next year, too.

Progressive organizations and Democrats in Congress have been urging Justice Stephen Breyer to retire so Biden can replace him with a Democrat-backed judge while Democrats still control the Senate. Breyer, 83, was appointed to the court in 1994 by Bill Clinton. He’s been mum on his retirement plans.

Collins, for one, said Democrats would be smart to act with urgency on judicial confirmations in the event that Breyer makes a surprise announcement.

“No one knows what Justice Breyer is going to do,” he said, “but in terms of timing, the White House and Senate should operate as though they’re going to have a confirmation battle over the summer and fill as many seats ahead of time as possible.”

No Yolanda Adams Slander Shall Prosper: Tamron Hall Puts Kim Burrell In Her Place In The Most Classy Way Possible
10 Reminders As To Why Trina Remains ‘The Baddest Chick’
Hungry Popeyes Customer Takes Action, Applies For Job In Drive-Thru Of Short-Staffed Location
‘Love & Marriage: Huntsville’ Stars Talk About Upcoming Season
What Serena Williams’ Retirement Taught Me