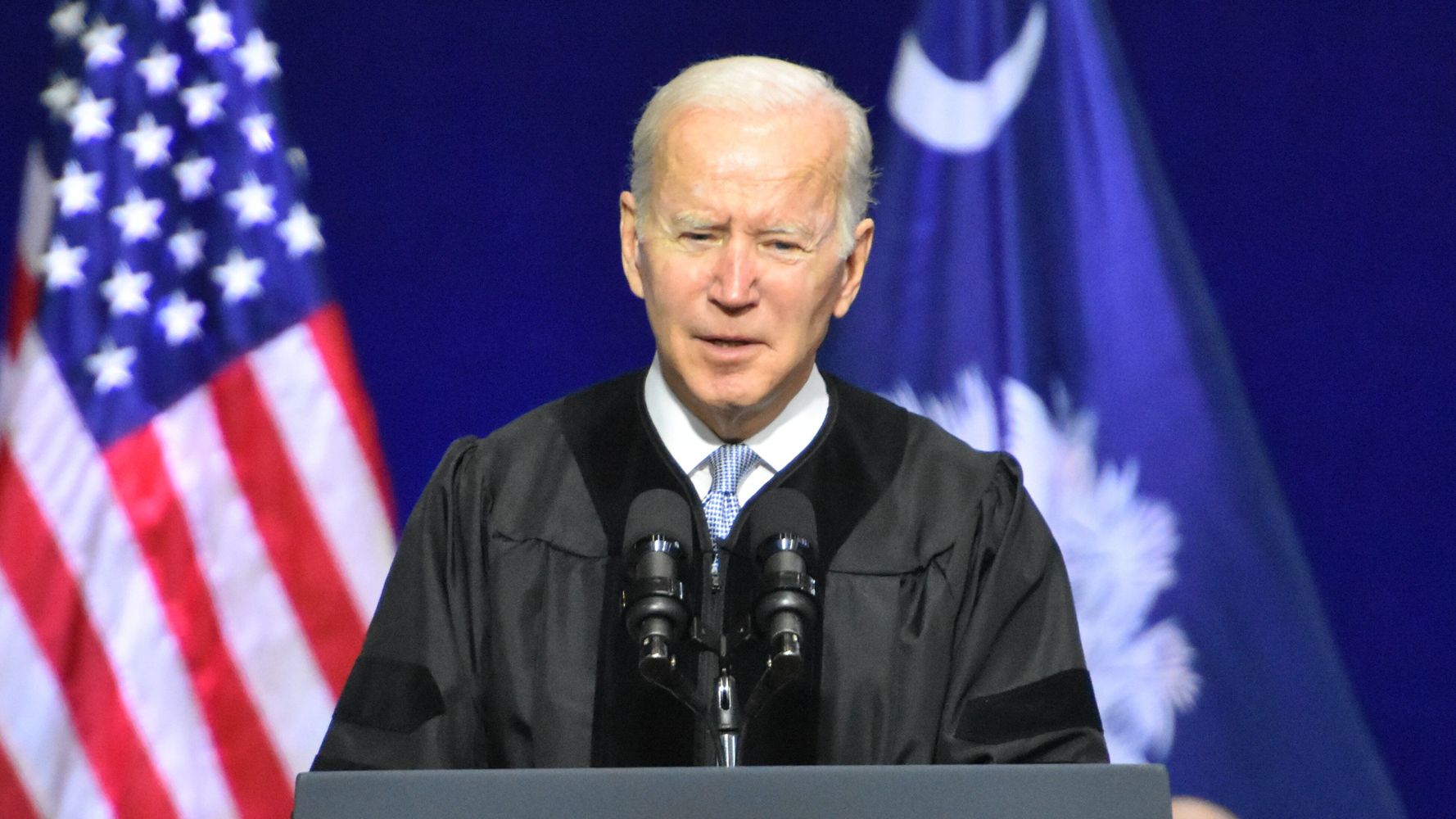 President Joe Biden committed to “keep up the fight” on getting federal voting rights legislation passed, even as bills face roadblocks from Republicans.

“This battle is not over,” Biden said Friday in a commencement speech at South Carolina State University, a historically Black university. “We’re going to keep up the fight until we get it done.”

The Freedom to Vote Act would require states to have mail-in voting and automatic and same-day voter registration, and would ban partisan gerrymandering and undisclosed “dark money” in elections. The John Lewis bill would reauthorize sections of the Voting Rights Act of 1965 that have been gutted in recent years by the Supreme Court’s conservative majority.

Republicans have repeatedly blocked both pieces of legislation from passing in the Senate.

Voting rights advocates and progressive lawmakers have urged Democratic senators to vote to eliminate the filibuster, which would allow the legislation to pass with a simple majority, but conservative Democratic Sens. Joe Manchin (W.Va.) and Kyrsten Sinema (Ariz.) have refused to support eliminating the filibuster.

In his speech Friday, Biden condemned the ”new sinister combination of voter suppression and election subversion” in Republican-led states, calling it “un-American” and “undemocratic.”

“I’ve never seen anything like the unrelenting assault on the right to vote. Never,” the president said, adding: “We have to protect that sacred right to vote, for God’s sake.”

Republicans in legislatures across the country have been pushing hundreds of bills at the state level that would restrict voting. Such efforts have already become law in several states, including Georgia, Texas, Arkansas and Arizona.