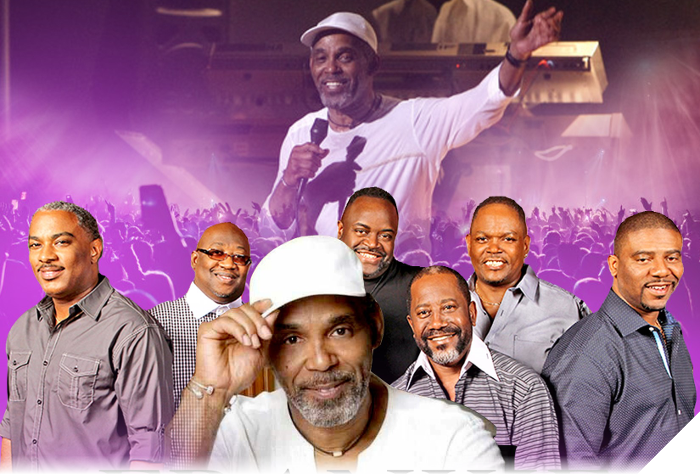 Composer, lyricist, producer Frankie Beverly was born Howard Beverly on December 6, 1946, in Philadelphia, Pennsylvania and reared in the East Germantown section of the city. He began singing gospel music in a local church and was showcased as a soloist as a child. In 1959, at the age of 13, Beverly sang with an ensemble called The Silhouettes, and by 16, he formed an A cappella, doo-wop ensemble called The Blenders. He graduated from Germantown High School in 1964. Inspired by Frankie Lymon and the Teenagers, the R&B doo-wop icon, Beverly changed his first name, idolizing Lymon.

In 1970, Beverly formed Maze in Philadelphia and served as its principal vocalist. The group was first called Raw Soul and had been the touring backup band for R&B legend Marvin Gaye who insisted the ensemble’s name change. Beverly relocated to San Francisco, California, in 1971.

Beverly’s song “Hustler’s Ambition” from the 50 Cent movie, Get Rich or Die Tryin’ was nominated for “Outstanding Original Song” for the Satellite Award in 2005.

In 2012, Beverly received the Lifetime Achievement Award at the Black Entertainment Television (BET) Awards in Los Angeles, California. He performed at the 2019 Essence Festival at the Mercedes-Benz Superdome in New Orleans in 2019.

Twitter Hilariously Predicts Rihanna Will Be Performing Everything But Music For The Super Bowl Halftime Show
Bre Tiesi Claps Back At Critics Suggesting She Asks Nick Cannon For Financial Help With Baby: ‘He’s Not My Sugar Daddy’
Brett Favre Is The Welfare Queen Republicans Warned Us About
Burger King Employee Was Told By Customer Her Standard Uniform Was ‘Distracting’ Husband
‘Pose’ Star Michaela Jaé Rodriguez Wants To Be Your Next Disney Villain