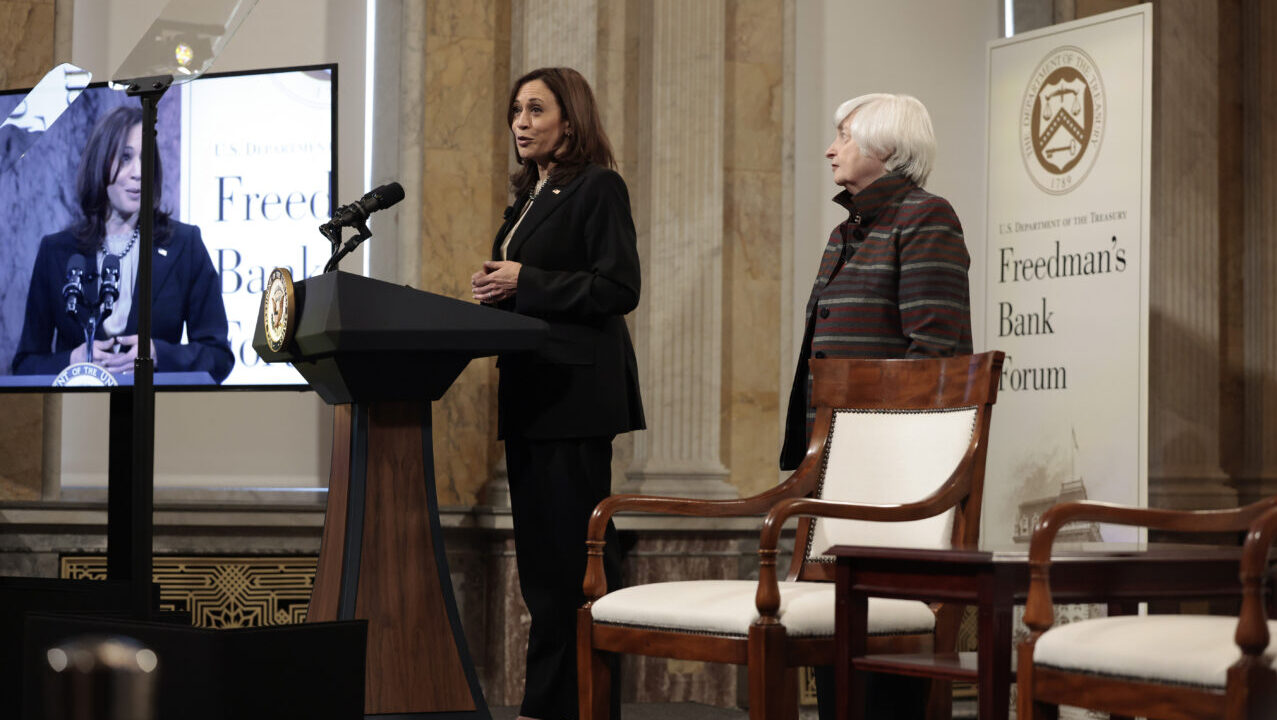 The sizable investment announced by the Office of the Vice President and U.S. Treasury Department is a part of $12 billion secured last year by Harris, when she was still a U.S. senator, along with Senators Cory Booker, Chuck Schumer, Mark Warner and U.S. Rep. Maxine Waters, chairwoman of the House Financial Services Committee.

The Jobs and Neighborhood Investment Act was intended to support community financial institutions that serve low to moderate-income and minority communities, as well as respond to the significant loss of Black-owned businesses and unemployment during the pandemic. Black-owned businesses suffered disproportionately during the pandemic, with ownership rates seeing a 41% drop between February and April 2020 — the largest rate of any racial group, according to a report by the U.S. House Small Business Committee.

Since becoming the nation’s first Black vice president, Harris has worked with Secretary Yellen to implement funding programs through Community Development Financial Institutions (CDFIs) and Minority Development Institutions (MDIs) to ensure that small business owners in underserved communities can access capital in order to start and grow their businesses.

“In America today, deep racial disparities continue to hold people back from achieving all they can,” Vice President Harris said in her remarks at the forum held at the Treasury Department.

“Today, the wealth gap persists. Today, the homeownership gap persists … access to capital is unequal. Black entrepreneurs are three times more likely to report that a lack of access to capital negatively affects their profit margins. I believe that the actions we are taking, and must take, to address these disparities will define our nation’s strength and economic strength in the 21st century.”

Harris emphasized the historical context of America’s racial wealth gap as it relates to enterprise by highlighting the atrocities of the Tulsa Race Massacre, in which an angry White mob decimated the once thriving Greenwood business district, also known as Black Wall Street.

Noting the nation’s current low unemployment rate of 4.2% with nearly 6 million jobs being added to the economy since January, the vice president added, “We cannot take this growth for granted, and we must make sure that everyone shares some of this growth in order to sustain it.”

The Freedman’s Bank Forum is an annual conference that was instituted by former Treasury Secretary Jack Lew to address racial economic disparities. The forum gets its name from the The Freedman’s Saving and Trust Company, a private savings bank chartered by Congress in 1865, to collect deposits from the newly emancipated communities.

The Freedman’s Bank opened 37 branches in 17 states, according to the National Archives, totaling $3.7 million in assets or $80 million today after inflation. However, the Freedman’s Bank ultimately collapsed less than a decade after it was founded due to mismanagement by its executives.

Deputy Treasury Secretary Wally Adeyemo, the first Black person to serve in the role, moderated a panel at the Freedman’s Bank Forum, in which he noted, “People think about this as charity or donations when it’s not,” adding “It’s economics. Investing in these communities makes sense from an economic standpoint.”

Adeyemo noted that the challenge now is “scale.” Panelists highlighted that in order to achieve such scale, it’s also important to establish technology and data infrastructure to help support financial institutions like CDFIs and MDIs as they provide funding to generate economic growth for Black and minority-owned enterprises.

Sarah Rosen Wartell, president of the Urban Institute, noted key findings in a report from the institute released on Tuesday that highlight challenges beyond simply providing capital such as capital deployment, particularly capital from private and philanthropic sectors.

“Being capital ready is a huge issue for the businesses, the families, the firms [and] neighborhoods. Too little yet of our attention as a country in the last decade has been focused on that infrastructure so that we can get to the financing programs,” said Wartell. She also pointed that regulatory programs oftentimes do not “disaggregate the data about the race of the communities that are being served.”

Joseph Haskins, CEO of Harbor Bank Corporation, said another challenge for getting access to capital in urban communities is the phenomenon of banking desserts. 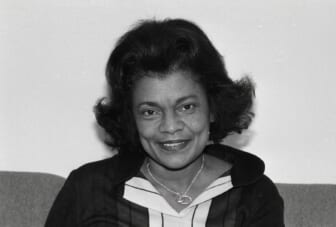 Haskins thanked the Treasury Department for Harbor Bank’s receiving of $71.2 million from the funds announced this week, saying, “I’m delighted that we finally got to numbers that are realistically.” He added, “These dollars allow us to meet capital levels that the regulators require, which allows us to lend more.”

10 Reminders As To Why Trina Remains ‘The Baddest Chick’
2 Chainz And Brittany Renner Want You To Drop Your Main For A ‘Side Chik’ In New Campaign
Flex Or Fail? Fresh Out Of Prison Finesse2Tymes Debuts His Blinged Out Handcuff Bracelets
Gangsta Boo Talks Animosity Between Three 6 Mafia & Bone Thugs-N-Harmony
Caleb McLaughlin Calls Out The Racism He’s Faced From ‘Stranger Things’ Fans