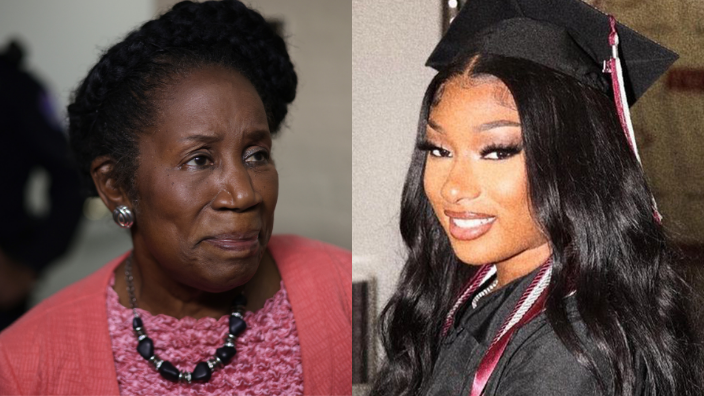 With her massive fame, dedication to education, hit-making ability, and her philanthropy, Megan Thee Stallion is certainly the pride of Houston. The superstar “Hot Girl,” who recently graduated from college, was back in her hometown this past weekend to receive the 18th Congressional District Hero Award from U.S. Rep. Sheila Jackson Lee, who represents Megan’s hometown.

Jackson Lee shared with Ryan the details of the weekend and the significance of Texas Southern’s legacy as a HBCU and how she was involved in celebrating the class of 2021.

“This is a historic school born out of segregation. It was born in the state of Texas because then Negroes — colored people — could not go to the University of Texas, and it was called the Negro College. But look at her (Texas Southern) now — it’s 94 years old,” Jackson Lee told theGrio.

Jackson Lee said that she spoke with the hip-hop star on the morning of the graduation ceremony and gave remarks at the afternoon session where Megan Thee Stallion obtained her degree.

“It was a double awards weekend for [Megan]. The excitement of her earning her Bachelor of Science degree, which is a big statement itself, and the very next day being presented with the 18th Congressional District Hero Award,” Jackson Lee added. 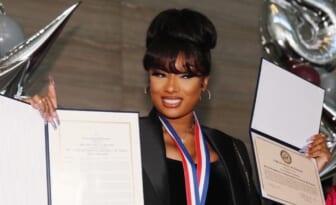 Ryan noted that Megan’s devotion to her studies while also being one of the biggest entertainers of her era serves as an inspiration to young people. Jackson Lee said that the rapper and savvy businesswoman juggled education and her career with determined focus.

“Not only did she get a degree, but she was calling her professors regularly to let them know how committed she was,” Jackson Lee said. “She was online in the midst of all of these various music awards shows, traveling around the world and being a businesswoman.”

Jackson Lee continued: “She was calling professors as Megan Pete to ensure that she would be able to graduate, and I was keeping up with this. She’s a product of South Park, Texas, which is in my congressional district, and she’s a product of her mother, her grandmother and her great grandmother. They helped raise her, and she is a human being crafted by their instruction and their love and what people need to know that in her heart, she is a servant.”

Megan’s service and giving to the less fortunate has been well-documented, including the star setting up scholarship funds, providing financial boosts to an assisted living facility in her hometown, funding initiatives for burgeoning young entrepreneurs and much more. Throughout the sultry image that Megan presents via her rapper persona, she has consistently promoted the value of higher education and being a “boss” on one’s own terms.

The conversation shifted to a surging issue on the national front today tackling student debt. An estimated $1.7 trillion is owed in student loans by American graduates. According to a report from Education Data Initiative, Black college graduates owe $25,000 more in debt in comparison to White college graduates. That study also found that Black students are more likely to struggle paying off their debt with monthly payments skyrocketing past $350 and up per month.

Congresswoman Jackson Lee addressed the issue, citing that President Joe Biden’s Build Back Better plan is part of the mechanisms to put student loan debt in the rear view for Black Americans.

“On the urgency of student loan debt, we have to tackle it in 2022. We obviously are doing a little bit [via the] Build Back Better with the increase in the amount of Pell Grants, which are a contrast to heavy loans from banking institutions and private lenders,” Jackson Lee explained.

The congresswoman added, “We’ve got to be able to find a way to bring down student debt to forgive it, pay it off so that people can really be contributors to the economic engine of America. And that’s what young people will be.”

Jackson Lee went on to mention Megan Thee Stallion’s ambition to open assisted living facilities across the country while stating that she has the means to do so but hopes that her example will inspire other aspiring entrepreneurs to follow after her hardworking lead.

Jackson Lee said that student loan debt is a monumental issue and that the Biden-Harris administration, along with several members of the congressional body, are committed to addressing legislatively to reduce the student loan debt, especially as someone who also benefited from a college loan herself.

Terrell Owens Puts A ‘Karen’ In Her Rightful Place After She Accused Him Of Speeding, Harassing Her
Black Women Are Tired Of Being The Mule Of America
Oldest Living Member Of A World War II Battalion Of Black Women Gets Congressional Gold Medal
10 Must-See Anime Attractions For World Traveling Otakus
Serena Williams’ Daughter Hilariously Hot Dogs It In Soccer Video