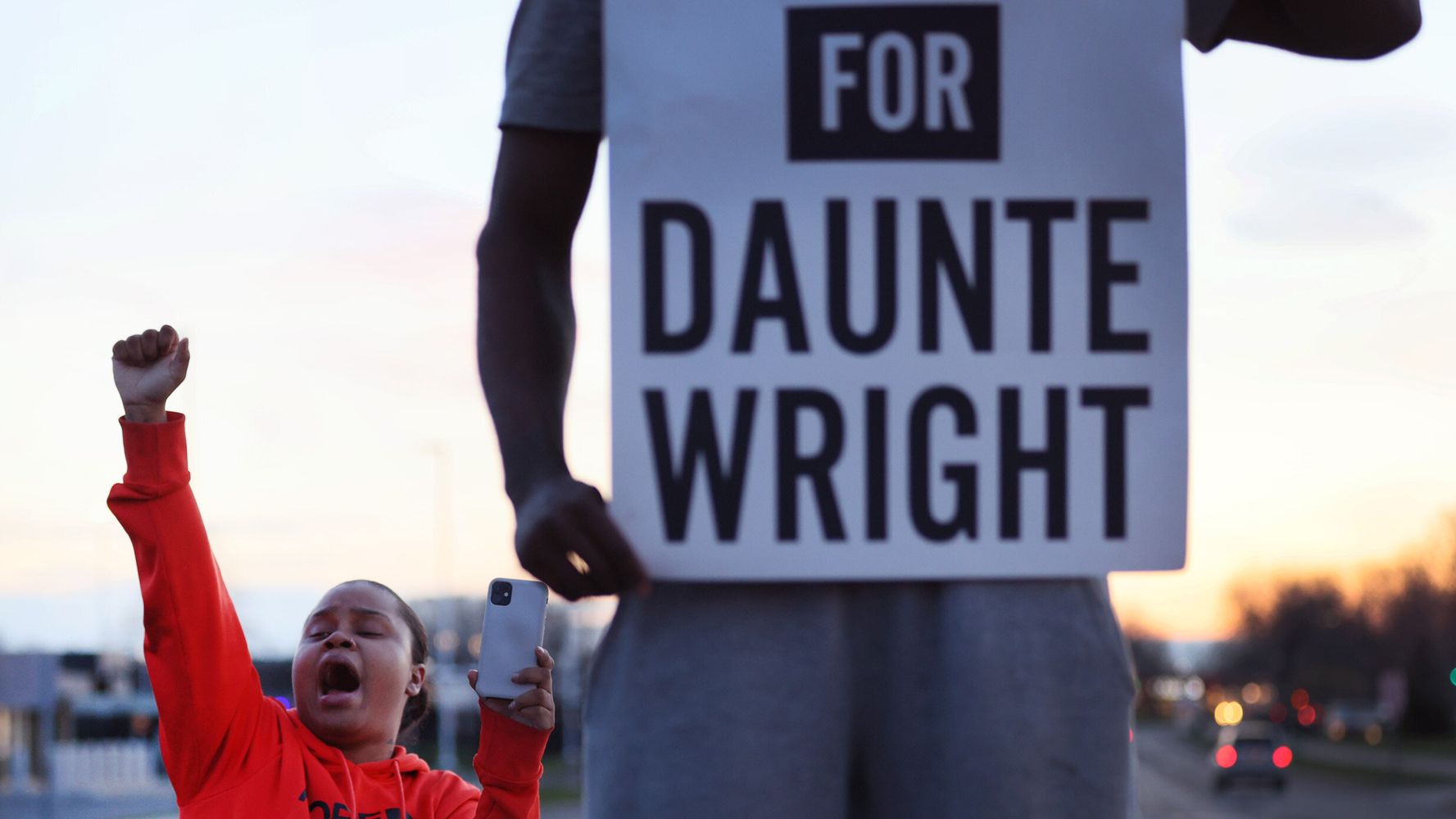 The trial of Kim Potter, the 48-year-old white cop who shot and killed Daunte Wright, a 20-year-old Black man, in Brooklyn Center, Minnesota, last April, is underway, and the defense is trying to have it both ways with its argument.

Potter, who says she meant to use her Taser instead of her gun, has been charged with first-degree and second-degree manslaughter. The defense attorneys are arguing that, although Potter’s actions were a mistake, she would have been justified in shooting Wright anyway.

This idea that his death was a “mistake” was splashed across TV news chyrons and headlines early on, and the charges of manslaughter rather than murder also suggest the shooting was not intentional. But now that Potter is on trial, the defense is instead making a different argument: The only person to blame for Daunte Wright’s death is Daunte Wright.

Potter was training Officer Anthony Luckey on April 11 when the pair pulled Wright over because an air freshener was dangling from his rearview mirror. The officers checked his information and found that Wright had an outstanding warrant for aggravated armed robbery, failure to appear, fleeing a police officer and possessing a gun without a permit.

When Potter attempted to arrest Wright, he got back into the car. In the body-cam footage, Potter yells, “Taser, Taser, Taser!” She then pulls out her gun and shoots Wright at close range. The young man attempts to drive away but crashes the vehicle into an oncoming car and dies. Medical examiners later confirmed that Wright was killed by the gunshot.

The footage shows Potter swearing and crying. “Holy shit, I just shot him,” she wails.

Potter resigned two days later as protests exploded across the Minneapolis suburb. She was charged with second-degree manslaughter and arrested on April 14. After a thorough review of the case, Minnesota Attorney General Keith Ellison added the more serious charge of first-degree manslaughter in September.

In their opening statement, the prosecution said that the shooting violated the public’s trust in police.

However, defense attorney Paul Engh said in his opening statement that Potter called the shooting a mistake “much to her everlasting and never-ending regret.” But, confoundingly, he also said she would’ve been well within her rights if she had chosen to use deadly force against Wright, which raises the question: How can it be both a mistake and a justified shooting?

This leaves quite the task for the jury, which will issue a decision once both sides rest their cases.

Imagine if this same logic was applied to another scenario. Let’s say your co-worker called you a derogatory term over email, but when you report it to HR, your colleague says it was actually autocorrect and they sincerely regret it. But even if autocorrect wasn’t to blame, the co-worker says, they were well within their rights to call you that term — because you are one.

That’s the crux of the defense’s argument. Potter didn’t mean to kill Wright, but he deserved to be killed… so what’s the big deal?

Underlying this argument is the lie our legal system so often accepts as truth: that no matter what a police officer does, it’s justified. The defense wants the jury to believe that Potter was a good cop who wouldn’t shoot a Black man without cause ― but also that that same Black man was so dangerous that violence was the option.

Mychal Johnson, a former police sergeant in Brooklyn Center who was called to the scene that day, testified that Potter had the right to use deadly force. “Based on these videos and the conduct of Daunte Wright… Kimberly Potter would have had a right to use a firearm, right?” defense attorney Earl Gray asked. “Yes,” Johnson responded, adding that if Potter hadn’t shot Wright, he could’ve been dragged by the car and seriously injured or killed. Minnesota law allows police to use deadly force to avoid death or grave injury. It’s not a secret that cops have wide discretion in these situations.

Police violence was not invented in 2020. But that was the year the coronavirus pandemic collided with several high-profile police killings, particularly when Derek Chauvin, a white Minneapolis police officer, murdered George Floyd, a Black man, by kneeling on his neck for approximately nine minutes. Floyd’s death sparked a nationwide protest movement. The so-called racial reckoning had finally arrived! But it was still short-lived. By the time Chauvin went on trial in early 2021, the backlash to the protests and the entire concept of racial justice had already begun. Potter killed Wright just 10 miles from Minneapolis, and only days before Chauvin’s guilty verdict.

But perhaps the most jarring aspect of the defense’s strategy in this case is how different it is from Potter’s immediate reaction. She is clearly distraught over the incident in the footage, and her fellow officers said they were concerned she could harm herself. But instead of presenting the case as a genuine mistake and what the consequences of that mistake should look like, Potter’s lawyers are arguing that the only person who made mistakes that fateful day was the deceased.