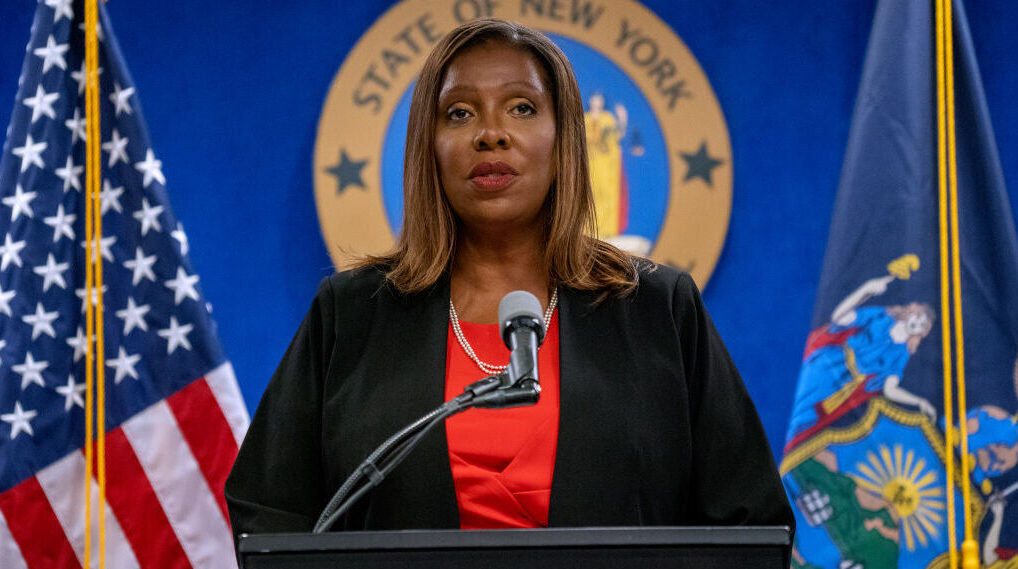 On Thursday, New York State Attorney General Letitia James announced that she was suspending her campaign for governor and will seek re-election for her current position. She launched her gubernatorial campaign a little less than two months ago. While she will not be New York first Black woman governor in the immediate future, one thing is certain—James has a bright political future.

1.   James is in an excellent position to win re-election.  When she announced the suspension of her bid for governor, James explicitly tweeted that she wanted to continue in her position as attorney general.  James has unfinished business that many progressives and Democrats want completed. For instance, her office is looking into potential fraud instead of the Trump Organization as well as other high-profile investigations. To forgo running for governor in order to prosecute the Trump family and/or corporation means that James has her eyes on a bigger prize.

The race for New York’s attorney general is already crowded with four announced candidates and three others considering the position. But James, as the incumbent, is clearly the frontrunner. She already has the support and endorsement of Governor Kathy Hochul and will undoubtedly raise significant campaign funds as part of the Democratic Party ticket. James is already the frontrunner for AG, and it is likely that her opponents will drop out of this race given James’ outsized role in this election.

If James is able to convict Trump, she may be able to write a new chapter of her political career. Analysts believe that James may be eyeing a federal position. The political calculation to drop out of the gubernatorial election in order to continue her prosecution of the former president may indicate that her case against Trump is extremely strong. If this is the case, James may have a bigger profile and political impact, which would allow her to seek an office higher than the chief state’s executive.

2. An unusual campaign: James is not a political novice. She represented the 35th district of the New York City Council for nearly a decade and then served as the fourth New York City public advocate from 2014-2018. James would later be elected as the 67th attorney general of New York and become the first Black person to be elected to the position. Indeed, James is a savvy politician. She first ran for City Council in 2001 and that race was unsuccessful. She later ran in 2003 and won.

James knows what it takes to run a successful campaign. She is able to build coalitions, fundraise, and effectively share her policy preferences with voters. She’s run in close elections before—notably a runoff election in 2013 public advocate—and has pulled out wins.

This campaign was uncharacteristic of James. To be sure, James’ campaign for governor was dogged by persistent claims from Andrew Cuomo and Donald Trump that she is politically motivated, which is what led her to pursue legal cases against these men. It’s uncertain the impact that Cuomo and Trump’s accusations that James politicized her position as attorney general had on her failed gubernatorial campaign. But what is clear is that James’ electoral spark is missing.

James was polling well below Governor Hochul and has raked in more than $10 million in campaign funds since August. James just did not have the early polling numbers nor the campaign chest to be a viable candidate. As such, James may have reflected on her previous elections and realized that this campaign was in a different place. She most likely drew on her past experiences to realize that her current electoral goals were unattainable.

3. Never count an ambitious Black woman politician out. For those that study Black women in politics, the unfolding saga of James’ electoral past is unsurprising. Scholarship consistently documents that Black women are overqualified for elected positions. James was a formidable challenger to Hochul given her qualifications but lagged behind in polling and fundraising. This too is not a surprise as Black women have difficulty fundraising and are often not seen as viable candidates.

While these are generalizable findings for Black women candidates, there are notable exceptions. State and local Black women office seekers who garner national attention such as Holly Mitchell, Stephanie Howse, and Attica Scott demonstrate that there is a path forward for ambitious politicians. Like James, these women do not shy away from grand policy agendas and a sense of moral obligation to correct past and present injustices. My research demonstrates that this is at the crux of Black women candidates’ motivation to seek office. Furthermore, this determination is born out of their lived experiences as Black women who face multiple oppressions of racism, sexism, patriarchy, and white supremacy. They seek elected office in order to better their communities. These women understand what it is like to be discounted, marginalized, and rejected because of their race/gendered identities. Yet, they also know the resolute fortitude that has sustained Black women for generations. They are well aware that they can make a difference in the lives of others simply because of their tenacity, zeal to make a difference, and dogmatic ethos of equality, justice and equity.

Tish James will land on her feet. She may forego the opportunity to be New York’s first Black woman governor in 2022 for perhaps a bigger payoff. She is charting her own path. Similar to Stacey Abrams, who is able to call her own political shots and benefit from the materialization of the fruits of her political seeds, James should be able to dictate her political future. In this way, she and other Black women political elites are rewriting narratives of what we can (or should) expect from them.

Nadia E. Brown, PhD is a Professor in the Government Department and Director of the Women’s & Gender Studies Program at Georgetown University.