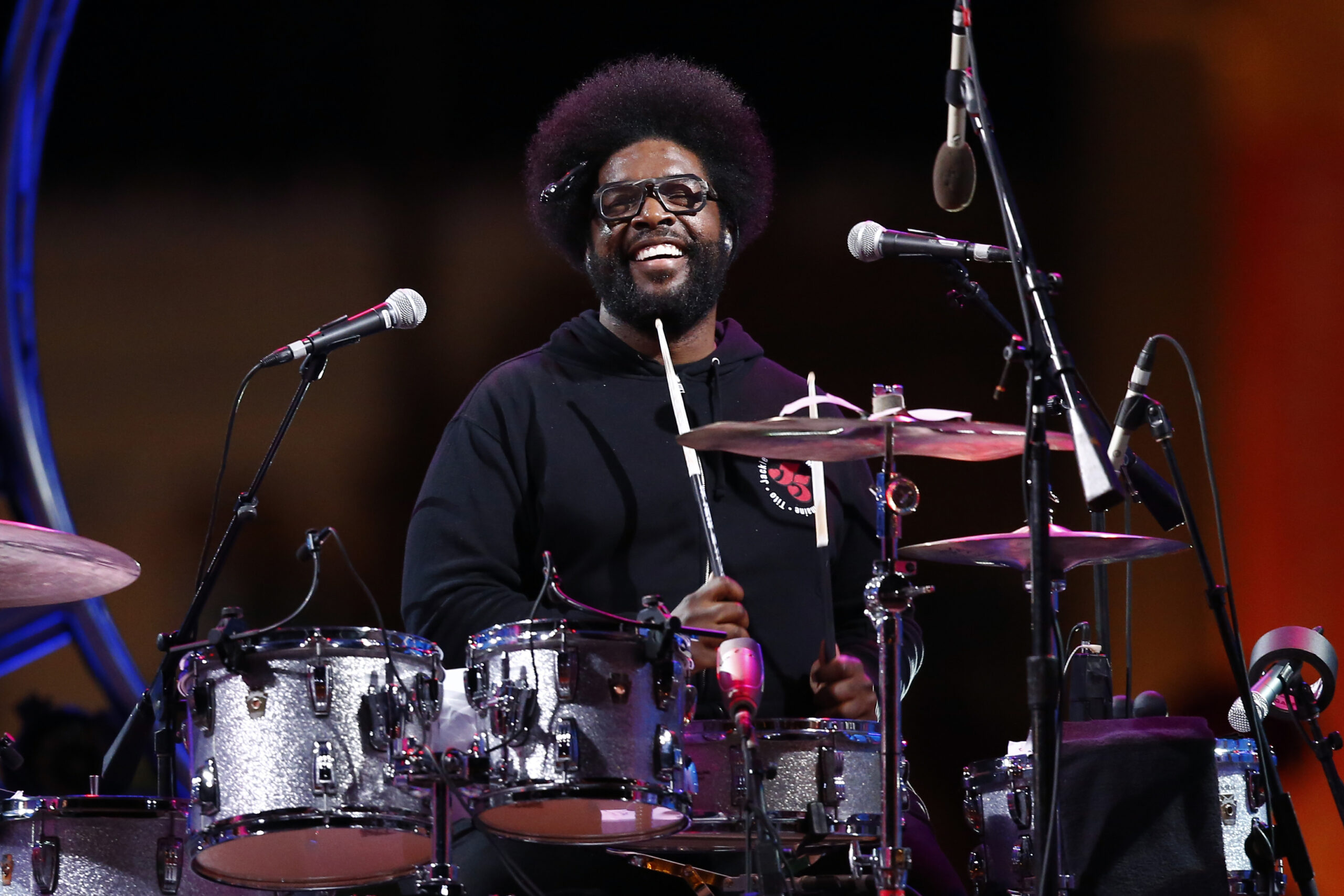 Born into a musical family, his father was Lee Andrews Thompson of Lee Andrews and the Five Hearts, a 1950s do-wop group. Lee Thompson and Jacqui Thompson, his mother, were later part of a Philadelphia soul/funk group, Congress Alley. His grandfather, Beechy Thompson, sang gospel with the Dixie Hummingbirds. Questlove grew up backstage watching his parents perform. By age 7 he began drumming and by age 13, he became a musical director. Questlove graduated from Philadelphia High School for the Creative and Performing Arts in 1989. After graduating, he took classes in jazz and composition at the Settlement Music School.

In 1987, he and friend Tariq “Black Thought” Trotter founded the “Square Roots” eventually dropping “Square” to simply the Roots. By 1993, the group included Questlove on drums and percussions, Tariq Trotter and Malik B. on vocals, Josh Abrams (Rubber Band) on bass, (replaced by Leonard Hubbard in 1994), and Scott Storch on keyboard. While performing in Germany, they recorded the album, Organix, released in 1993 by Relativity Records, and two critically acclaimed singles, “Do You Want More?!!!??!“ (1995,) and “illadelph Halflife” (1996,) for Gaffen Records. In 1999, the Roots recorded “You Got Me” featuring Erykah Badu which earned a Grammy for “Best Rap Performance by a Duo or Group.”

In 2000, Questlove served as executive producer for D’Angelo’s album, Voodoo, Slum Village’s album Fantasia, Vol. 2, and Common’s album Like Water for Chocolate. In 2001, he collaborated as drummer for the Philadelphia Experiment. In addition, he played drums on Christina Aguilar’s song “Loving Me 4 Me.” The following year the Roots released Phrenology, which went gold.

The Roots became the house band for the show Late Night with Jimmy Fallon in 2009, and then, in 2014, Tonight Show Starring Jimmy Fallon. Their album Things Fall Apart has been hailed as a classic. He was preparing to collaborate with Amy Whitehouse before her death in July 2011. Rolling Stone magazine named Questlove #2 on the 50 top Tweeters in Music in 2011 and #8 on the “Readers’ Pick for Best Drummers of all Time.”

Questlove made his film debut as director of Summer of Soul (..Or When the Revolution could not be televised), which was on the 1969 Harlem Cultural Festival (2021). His memoir, Mo’ Meta Blues: The World According to Questlove was published in June 2013. His second book, Soul Train: The Music, Dance, and Style of a Generation was published in October 2013. His third book Something to Food About: Exploring Creativity with Innovative Chefs with Ben Greenman, co-author, and Kyoko Hamada, photographer, was released in 2016.

Questlove is an adjunct professor at Clive Davis Institute of Recorded Music at New York University.