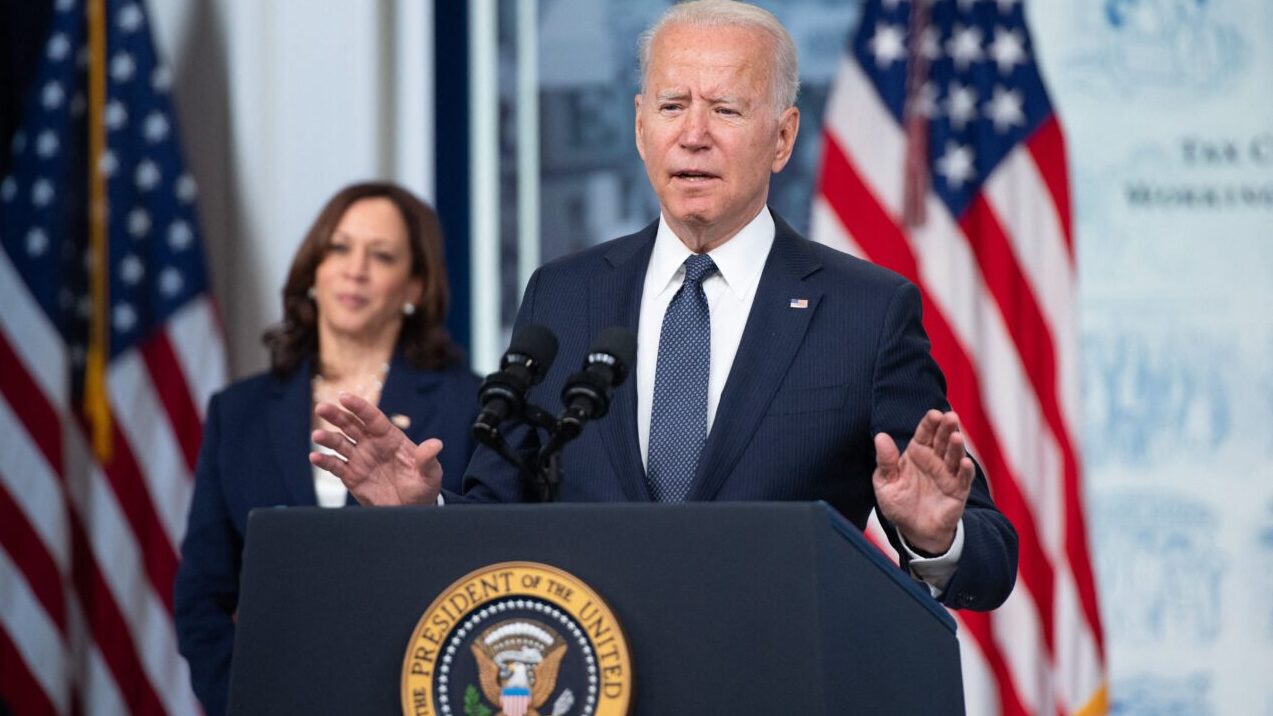 With days left before Christmas, 35 million low-income families are facing what could be their last direct deposit checks from the Biden administration’s expanded child tax credit.

If lawmakers on Capitol Hill don’t pass the Build Back Better Act, currently left up to the U.S. Senate after it was passed by the U.S. House of Representatives last month, President Joe Biden’s $2 trillion effort to include those deposits will end on Dec. 15.

Given this reality for millions of American families who have greatly benefited from the tax credit, the question remains what impact it will have on the child poverty rate that the Biden administration has touted as being slashed in half thanks to the direct checks?

Deese told theGrio that he is “confident” that Democrats will get the Build Back Better Act passed. However, he acknowledged a current state of emergency for low-income families living around or below the poverty line.

In March, while delivering a speech in Connecticut, Vice President Kamala Harris spoke on education and child poverty where she acknowledged poverty is “trauma inducing.”

For years, Democrats and Republicans have been working on plans to reduce poverty. One of the most recent Republican efforts came from the then-House Majority Leader Paul Ryan who sought to overhaul the federal government’s welfare programs but was met with opposition from Democrats who opposed his proposed work requirements.

Attempts to eliminate poverty in the world’s richest nation are not new and are as old as time. Two prominent voices who pushed to end poverty in America in the late 1960s were Dr. Martin Luther King Jr. and Sen. Robert “Bobby” Kennedy. King and Kennedy (then a Democratic presidential candidate), who were both assassinated in 1968, were determined to address the issue of poverty for all people from Appalachia to urban and rural America.

“Black and Hispanic people were more likely than White people to lose their jobs during the pandemic and have been less likely to regain their jobs if lost,” the report reads.

The monthly payments from the currently expanded Biden Child Tax Credits are targeted to low-income America and considered one of the key components of the financial response to the coronavirus thanks to the American Rescue Plan in a bill passed last spring.

Since July, parents could have up to $300 a month added to their wallet through direct deposit for each eligible child and $250 for each child ages 6 through 17. The plan also allows tax filers who are single with a modified adjusted gross income of less that $75,000 per year and couples filing jointly with an annual income of $150,000 or less can qualify for the full child tax credit for each dependent. Parents are allowed to deduct from their taxes up to $3,600 for each child under age 6 and $3,000 for ages 6 through 17.

On the other end of Pennsylvania Avenue, the pressure is on for Hill lawmakers, particularly Democrats, to continue this pocketbook agenda item for a few more years. Lawmakers are hopeful they can get it passed in the Senate before Christmas recess, but a sticking point once again is moderate Democrat Senator Joe Manchin of West Virginia who is holding up the spending plan that focuses not only on the tax credit but on health care, education, climate and tax laws.

Manchin is concerned about the cost, size and scope of the plan.