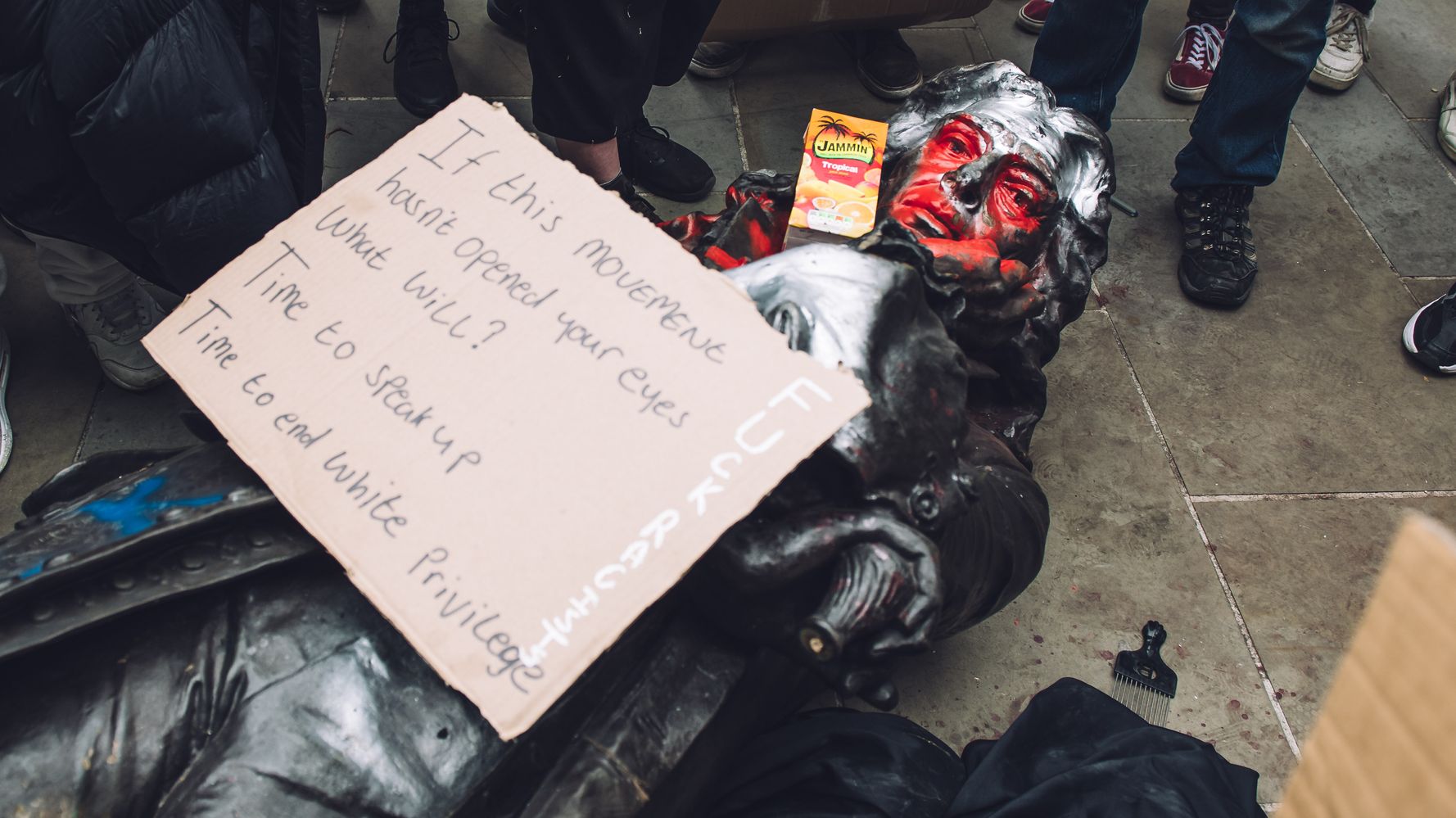 LONDON (AP) — People lined up Saturday in the English city of Bristol to get the latest work by elusive street artist Banksy — a T-shirt created to help four defendants charged over the toppling of a local statue of a slave trader.

The gray shirt features the word Bristol above an empty plinth like the one on which the statue of 17th-century slave merchant Edward Colston long stood.

Anti-racism demonstrators pulled down the statue and dumped it in Bristol harbor in June 2020 amid global protests over the police killing of George Floyd.

Four people have been charged with criminal damage over the statue’s felling and are due to go on trial next week.

“I’ve made some souvenir shirts to mark the occasion,” Banksy said on social media Friday. “Available from various outlets in the city from tomorrow. All proceeds to the defendants so they can go for a pint.”

The T-shirts cost $33 and are limited to one per customer.

Banksy’s identity has never been confirmed, but he began his career spray-painting walls and bridges in Bristol, a port city in southwest England. Some of his works have sold for millions of dollars at auction.

Where Them Dollars At? Houston Strippers Say The Economy And Racism Are Ruining Business
Cardi B Reveals Past ‘Stupid Decisions’ Made Her Miss Out On A Multi-Million Dollar ‘Call Of Duty’ Deal
‘Pose’ Star Michaela Jaé Rodriguez Wants To Be Your Next Disney Villain
Karens And Beckys Put On The Spot In New Documentary About White Women’s Role In White Supremacy
‘Love & Marriage: Huntsville’ Stars Talk About Upcoming Season