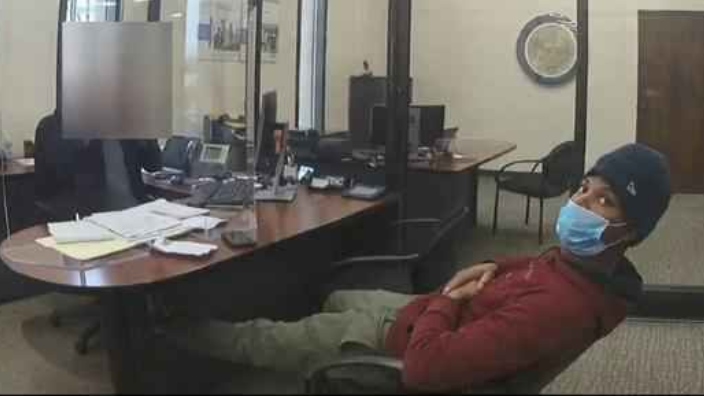 A Minnesota man’s encounter with law enforcement has gone viral after the recent release of body-camera footage showing him being handcuffed inside a U.S. Bank branch as he tried to cash his paycheck.

Joe Morrow, 23, had just finished a 12-hour shift at a grocery distributor in October when, as he tried to cash his $900 check at a branch in Columbia Heights, Minnesota, the teller serving him called a manager over.

“The manager? He came over and said, ‘Joe Morrow? Your check (is) fake.’ And I said, what?” Morrow recalled. “He said, ‘You people always coming in here with fake checks.’”

Police responded to the bank and were with Morrow for over 45 minutes. That footage has been released, and Morrow can be heard saying that he’s innocent in the first minute of the arrival of Sgt. Justin Pletcher. “I work there, bro,” Morrow says to the branch manager John Askwith, “And I’m going to report you too, bro. This is racial.”

While Morrow is not raising his voice or using profanity, the police officer still threatens him with arrest, saying, “Joe, I need you to calm down, first of all, OK? Don’t say anything stupid because you’re just going to get arrested for it.”

When Morrow stands up from a chair, he is handcuffed.

Officer Pletcher wrote that Morrow “flexed at John (Askwith) in a threatening manner,” which he denies. “I didn’t threaten him. I got up, like, I’m mad,” Morrow said. “The guy told the officer, can you get him out of my office? He might take something on my desk… that’s when I got super mad. I’m going to touch something on your desk?”

Askwith did not call Morrow’s employer, United Natural Foods, Inc., to inquire if the check was real until after police arrived and Morrow was handcuffed. But after speaking with the company, Askwith was able to verify that the check was, in fact, real. 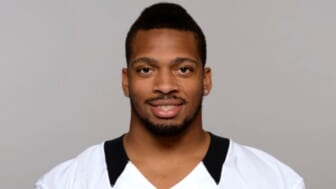 At the time, U.S. Bank declined requests to interview the branch manager or any other employees and issued a statement: “At U.S. Bank, we’re committed to fairness toward everyone we serve regardless of race,” said spokesperson Lee Henderson. “We dispute the facts as they’re being portrayed to you.”

The bank reached a settlement with Morrow only two weeks after the incident, yet officials maintain that even with Askwith’s “you people” comment, “after a thorough internal investigation, there is nothing to indicate that the customer’s race or ethnicity played a factor in the service he received at this branch.”

Critics are not only blasting U.S. Bank for its handling of the incident, but Officer Pletcher as well, who, in the 45-minute-long interaction, can be heard saying, “I need you to stay calm for that, OK? Because when you start acting like this, it makes you look guilty.” 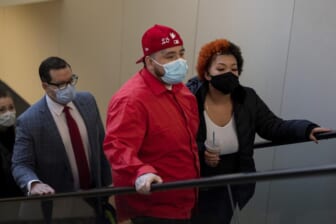 Dr. Samuel Myers Jr., a professor at the University of Minnesota, condemned that statement from the officer. “So, the question is what is acting guilty?” Myers said. “You’re blaming [Morrow] for creating the racism that he feels.”

Pletcher was not interviewed by the TV station, but sent the news outlet links to stories about him defending another Black man in a discrimination incident just days after the police murder of George Floyd — also in Minnesota.

In one interview with Good Morning America, Pletcher says, “The thin blue line, the very idea of a line suggests segregation, and if I’m not on the same side of my community, I’m failing them, I’m failing this badge — any officer that disagrees with me needs to think about doing something else.”

But in relation to the story about Morrow, Dr. Myers notes, “What you frequently hear among whites in Minnesota is that ‘I’m not racist. The point is that you don’t have to be a conscious, insidious, hostile bigot in order to engage in actions that have a discriminatory effect.”

Get To Know KenTheMan: 10 Things To Note About The Houston Rap Star
Cardi B Reveals Past ‘Stupid Decisions’ Made Her Miss Out On A Multi-Million Dollar ‘Call Of Duty’ Deal
Jury Selection Begins Aug. 9 for R. Kelly Sex Abuse Trial
Hungry Popeyes Customer Takes Action, Applies For Job In Drive-Thru Of Short-Staffed Location
Antônio Vieira (1608-1697)