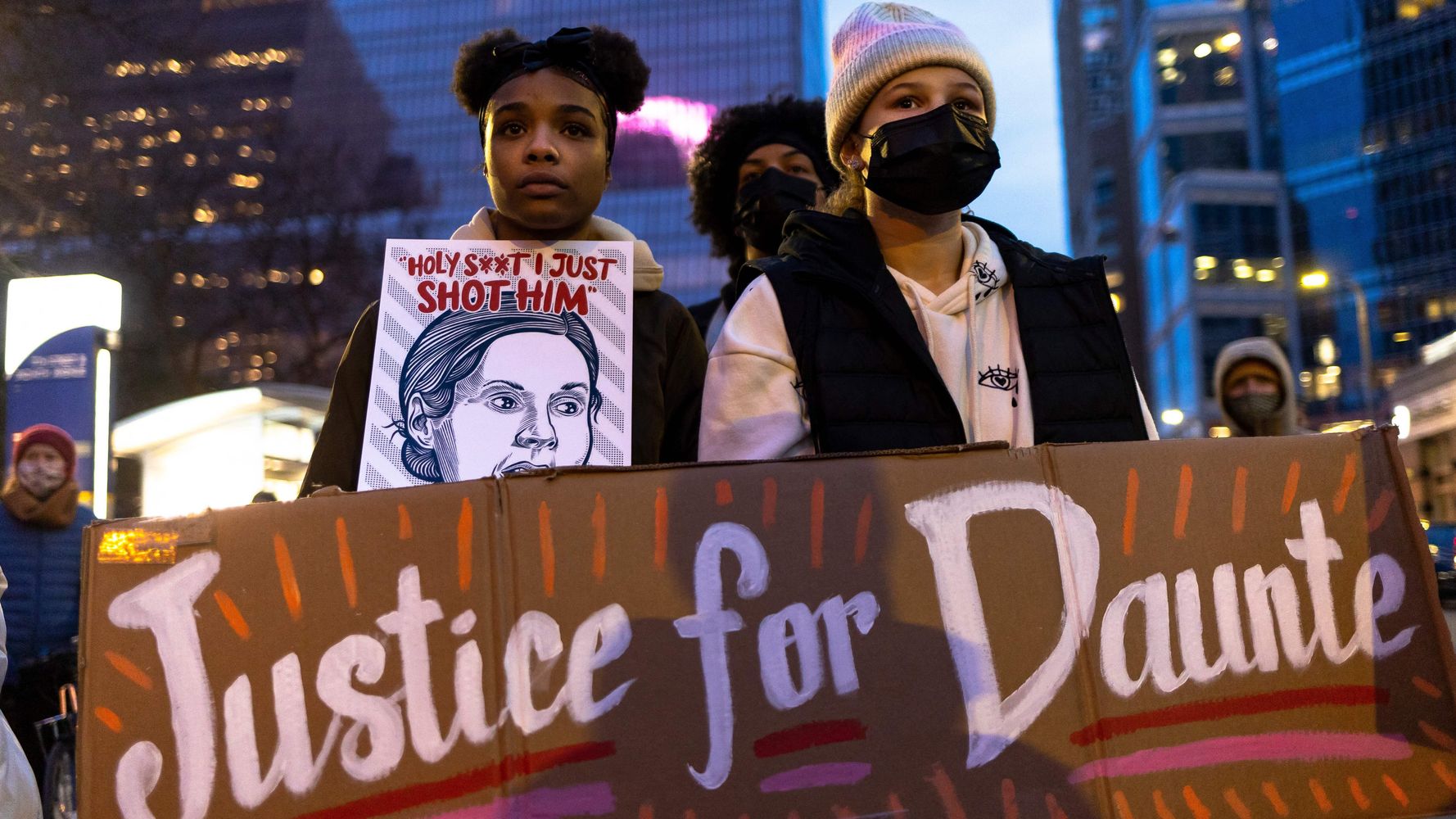 Opening arguments begin today in the trial of Kim Potter, a former police officer in Brooklyn Center, Minnesota, charged with manslaughter in the April 11 shooting death of 20-year-old Daunte Wright, a Black motorist.

Here are some key moments in the case:

April 11 — Police in Brooklyn Center, a Minneapolis suburb, stop a car driven by driven by Wright at around 2 p.m. Police say when they tried to arrest Wright on an outstanding warrant, he reentered his car and tried to drive away, and an officer shot him. News of the shooting sparks angry protests, including outside the city’s police station. Not far away in downtown Minneapolis, former Minneapolis Officer Derek Chauvin is standing trial in George Floyd’s killing.

April 12 — The officer who shot Wright is identified as 26-year veteran Kim Potter. Chief Tim Gannon says he believes Potter meant to use her Taser, and plays her body-camera footage at a news conference that shows her shouting “I’ll tase you! Taser! Taser! Taser!” Hundreds of protesters defy curfew to gather outside the city police station for a second night. Police use gas and flash-bang grenades to try to drive them away. Mayor Mike Elliott calls for Potter to be fired.

April 13 — Potter resigns. Gannon resigns. Elliott and the City Council fire the city manager, who has oversight of police. Hundreds of protesters face off with police again at nightfall outside police headquarters, where National Guard soldiers join officers in riot gear.

April 15 — Wright’s family and some community members call for more serious charges against Potter. Hundreds of protesters again confront police at headquarters, with some tying air fresheners to fencing as a critique of one of the reasons officers were said to have stopped Wright’s car. A criminal complaint said officers stopped Wright’s car for having an air freshener obscuring the windshield and for expired tags.

April 16 — A federal judge issues a restraining order prohibiting police from arresting journalists or using force against them after some say they were harassed and assaulted by officers. Demonstrators protest again outside police headquarters.

April 18 — Two National Guard members report being fired upon as they patrolled a neighborhood in Minneapolis.

April 22 — A funeral service is held for Wright in Minneapolis, with the Rev. Al Sharpton decrying “the stench of racism” and police brutality in Minnesota. Meanwhile, activists demonstrate outside the home of the county prosecutor handling Potter’s case to demand murder charges.

Sept. 28 — Brooklyn Center says police have been instructed to release people cited for low-level crimes and to only take them into custody if required by law.

Kanye West Posts Then Deletes Fake Death Announcement Of ‘Skete Davidson’
6 Things To Know About The Woman Charged With The LA Fiery Crash
Texas Sheriff’s Officer Who Killed Roderick Brooks Had History Of Suspensions, Discipline
‘P-Valley’ Star Nicco Annan Wants Others Who Look Like Him To Truly Be Celebrated
Keke Palmer Questions Why Plastic Surgeons Can’t Use ‘The Beautiful Skin From My Ass’ To Cure Acne