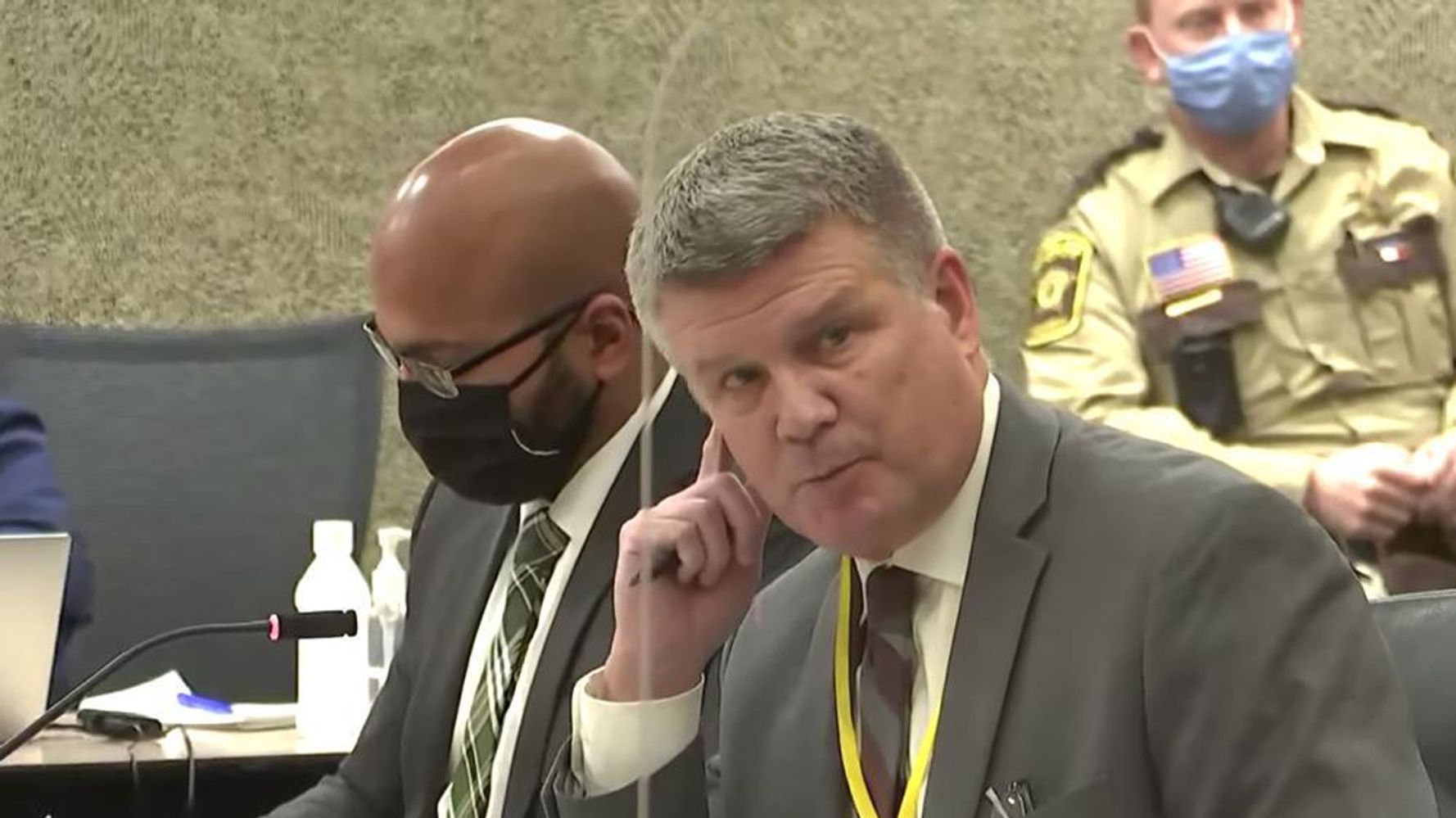 MINNEAPOLIS (AP) — It’s former Officer Kim Potter who’s on trial for the killing of Daunte Wright, but the trial in the same courtroom earlier this year of ex-cop Derek Chauvin in the death of George Floyd is casting a shadow over the proceedings.

During jury selection last week, there was little mention of Chauvin or Floyd, whose death sparked outrage over police brutality in the U.S. The court has seemed determined at times not to bring it up.

But with opening statements set for Wednesday, reminders of the earlier case are everywhere, ranging from the presence of some of the same prosecutors who tried Chauvin to potential jurors being asked about their fears of delivering an unpopular verdict.

Hennepin County Judge Regina Chu is using the same 18th-floor courtroom where Chauvin was convicted of murder in April by a jury that repeatedly watched video of the white officer kneeling on the neck of Floyd, a Black man, and where Chauvin was later sentenced by Judge Peter Cahill to 22 1/2 years.

Video will also figure prominently in Potter’s manslaughter trial. The jury will see footage showing the white officer shouting “Taser, Taser, Taser” as she aimed her Glock 9 mm semi-automatic pistol at Wright, a Black man, as he tried to drive away from a traffic stop on April 11, then fired a fatal bullet into his chest before exclaiming, “I grabbed the wrong (expletive) gun.”

Her attorneys say Wright’s death was an innocent mistake, not a crime.

Though Floyd’s death was rarely mentioned directly during jury selection, his case’s impact on the trial has been obvious. The jury pool got nearly the same questionnaires used for Chauvin’s trial, with only slight edits in some places to fit the circumstances of the Potter case. It doesn’t mention either Chauvin or Floyd by name.

Prosecutors and the defense sifted their answers carefully and probed deeper in court. People with moderate views were more likely to be seated, like a man who said he opposed cutting police funding but also said: “I absolutely believe there’s a need for change.”

Saucy Santana And Trina’s New Voting Anthem Will Make You Do Your Civic Duty If You ‘Wanna Hit This Booty’
Antônio Vieira (1608-1697)
Jeffrey Dahmer Once Asked Lyfe Jennings To Sing For Him During Their Time In Prison Together
Tiffany Jackson, Former Texas WNBA Star, Dies At 37
Be Safe Out There: The OnStar Guardian App Is There When You Need It