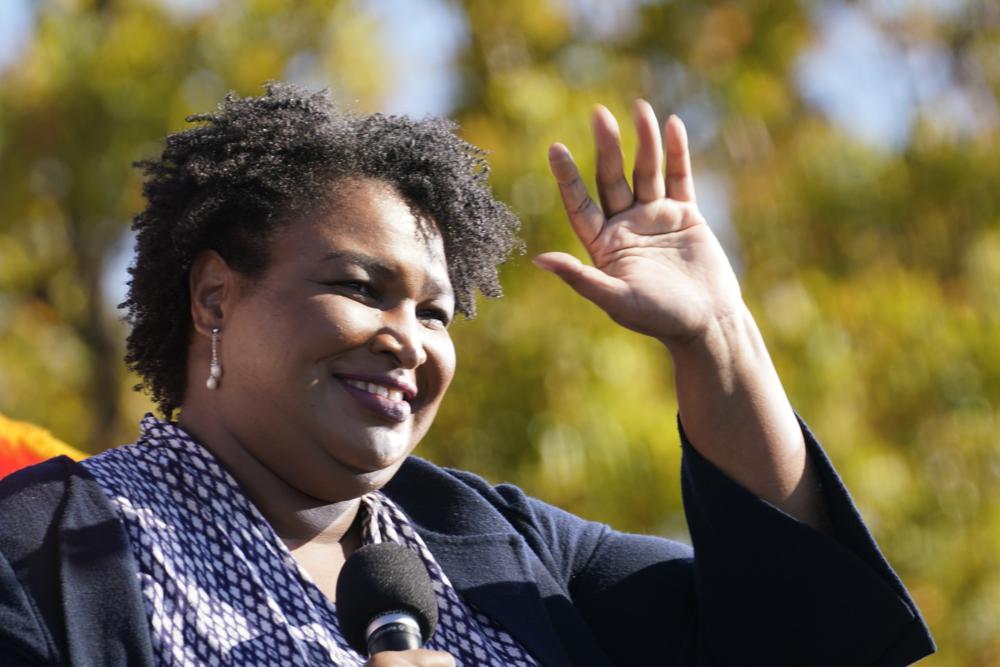 Stacey Abrams announced a long-awaited second run for Georgia governor this week, but with Democrats facing a sour national environment and Republican Gov. Brian Kemp facing challenges within his own party, the 2022 campaign will look different from 2018.

Abrams’ narrow loss, highlighted by her claims that Kemp used his prior post as secretary of state to unfairly push voters away, vaulted her to national stardom in a year when Democrats nationwide capitalized on then-President Donald Trump’s unpopularity.

Abrams’ contention that Georgia could be dragged into the Democratic column by focusing on registering and mobilizing infrequent Democratic-leaning voters was validated in 2020, when Joe Biden won Georgia by about 12,000 votes and in 2021, when Democrats Jon Ossoff and Raphael Warnock won runoffs to deliver control of the U.S. Senate to Democrats.

But the political tide appears to be running against Biden and other Democrats, with low approval ratings in polls and losses in Virginia elections.

“The environment for Democrats is wretched,” said Brian Robinson, who advises Republican candidates in Georgia. “These are terrible dynamics for Stacey Abrams, and she wants to be president and not governor. If she loses twice, she’s toast. She’s taking a gamble — a big gamble.”

The Georgia voters who might change their minds are mostly college-educated suburbanites. But Democrats argue most Georgia voters are fixed in their partisan preferences, and the key is getting your side to vote. Abrams and her supporters argue that outreach and a focus on issues will be more important than national headwinds.

“What I saw in 2020 and 2021 is that when people are reached out to, when we talk to them and we meet them where they are, they will vote and they will turn out,” Abrams told WXIA-TV Thursday.

Nse Ufot, CEO of the New Georgia Project, a voter mobilization group Abrams founded, pointed to gains by Black and more liberal candidates in some Georgia municipal elections this year, although more conservative candidates prevailed in some Atlanta suburbs. Those elections are nonpartisan, although party affiliations are often widely known.

“The truth of the matter,” Ufot said, is the elections proved “Virginia is not Georgia.”

Part of Democrats’ case is that Georgia’s population growth is being driven by nonwhite residents, bringing the state to the cusp of becoming majority nonwhite in the 2020 census. That’s partly a story of African American growth, but also driven by rapidly increasing residents of Latino and Asian descent.

“What’s different is Georgia is on a demographic and partisan trajectory, that over the last 10 years has moved the state toward Democrats,” Robinson said.

But Republicans also will be trying to maximize their turnout, especially among exurban and rural white residents, and Emory University political scientist Andra Gillespie said a Democratic advantage is not certain in Georgia.

Gillespie said it’s inescapable that the Georgia governor’s race will be “nationalized because of the polarized moment that we’re in politically.”

Abrams wants to swing the spotlight to Kemp’s record, arguing his failure to expand Medicaid to cover more low-income adults and his opposition to COVID-19 restrictions prove he doesn’t have the best interest of Georgians at heart.

“We have a current governor who has failed the people of Georgia, that as the pandemic has raged, he has left behind too many communities, that he seems to ignore the real pain that’s hurting families and hurting areas of the state, and that he seems to be focused on those who agree with him,” Abrams told WXIA-TV.

But Kemp is more than ready to fight on that ground, betting that his record on COVID-19, a low unemployment rate and big pay raises for teachers will appeal to the voters he needs.

“That’s what we’re going to remind people about, is that record,” Kemp told reporters Thursday. “That’s what I’m going to be running on.”

Unlike in 2018, Abrams has no declared opposition and is likely to cruise to the Democratic nomination in a May primary. But Kemp is under siege by Trump and his supporters who believe the governor didn’t do enough to overturn Biden’s 2020 victory in Georgia. Republican Vernon Jones is already among those challenging Kemp, but he faces the more serious threat that Republican former Sen. David Perdue might enter the race.

Kemp and his supporters are making clear that they will fight Perdue if necessary and that a bitter primary could pave Abrams’ way to victory.

“So anybody else that wants to get in the race, you would have to ask them why, why are they going to do that?” Kemp said Thursday. ”Do they not like how great our economy is?”

Democrats are eagerly hoping the Republican Party can’t bind up its wounds over Trump’s baseless claims that he was cheated out of Georgia’s electoral votes.

“I don’t know what their mess is going to be,” Abrams spokesperson Seth Bringman said. “I know our side is going to be unified, and I know that matters.”

For Kemp, though, Abrams’ entry is a chance to call the GOP to his side.

“I think it’s a rallying point for Republicans because we know that this is just not the Georgia radicals that we’re going to be facing,” Kemp said. “It’s going to be the Hollywood crowd and everybody else is going to flood money in here.”

New Tommy’s tool calculates miscarriage risk to guide care
There’s A Mental Health Crisis Among Black Students. What Are HBCUs Doing To Help?
College Football Fan Goes Viral After Heating A Rib With A Lighter During Game
Odell Beckham Jr. Escorted Off A Plane In Miami After Dispute With Flight Crew
Trevor Noah Reveals His Exit Announcement Was A Total Shock, Even To His Own Team