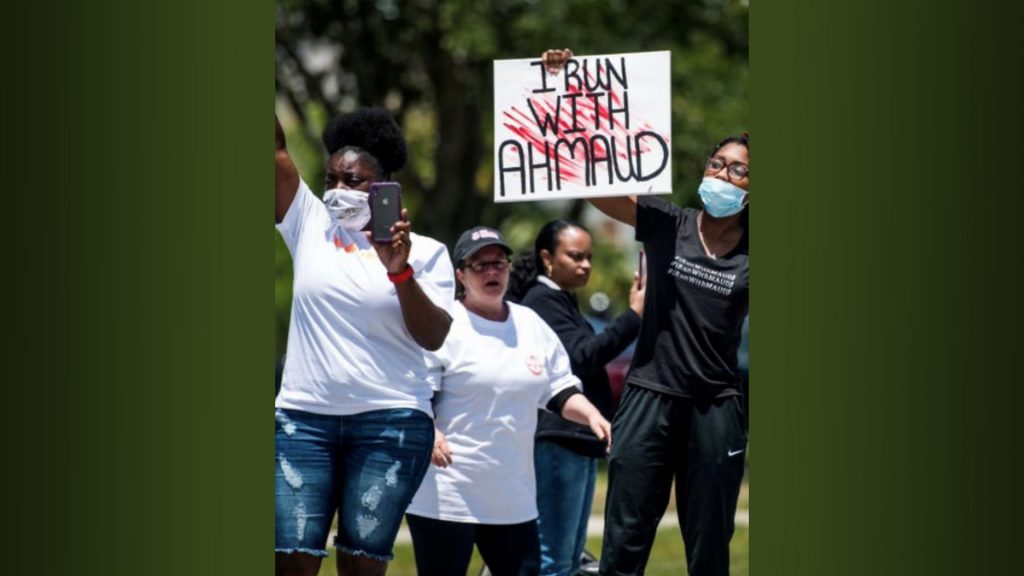 Thankfully one Jury this week had the foresight to find white men guilty of murder, after shooting unarmed civilians. But the conduct of the trial and the arguments that were put forward by the defence on why Ahmaud Arbery deserved to be lynched, paints a picture of why many parts of America will seemingly always be unsafe for a black man or women or child.

Even after the rise and resurgence of the Black Lives Matter movement, the elections of a Black president and Vice President and several years of racial reckoning over state violence against Black men and women, if you want it’s still plain to see how far some parts of the US haven’t come on race. Just look at the trial of Travis McMichael, William “Roddie” Bryan and Travis’s father Gregory McMichael for the murder of Ahmaud Arbery.

That a group of White men felt justified in chasing a Black man through their neighborhood — even a man they believe had committed burglary (not a capital offense) — and then felt they deserve to get off scot-free after one of them shoots him dead is egregious enough. But compounding this egregiousness is the racist attack launched on the victim by a member of the defense team. On Monday, defense attorney Laura Hogue went as far as to say during her closing argument in the case, “Turning Ahmaud Arbery into a victim after the choices he made does not reflect the reality of what brought Ahmaud Arbery to Satilla Shores in his khaki shorts with no socks to cover his long, dirty toenails.” 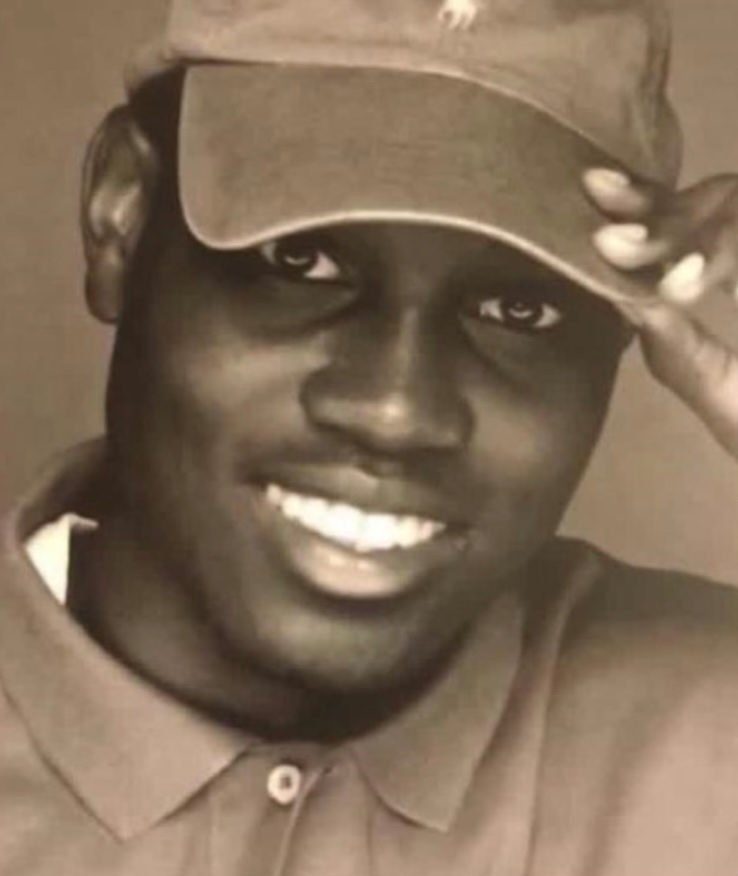 What does the state of Arbery’s pedicure have to do with whether the man who shot him is guilty of murder? Nothing. There is no conceivable justification for Hogue, in her role as her client’s advocate, to cite such details, other than a blatant attempt to paint a racially coded picture in jurors’ minds of Arbery as less than human, as a dirty beast who posed a legitimate threat. A person the members of the jury — nearly all of whom are also White — might not want in their own neighborhoods, either. It was, it seems, a naked ploy to weaponize White fear in order to secure an acquittal for her client. 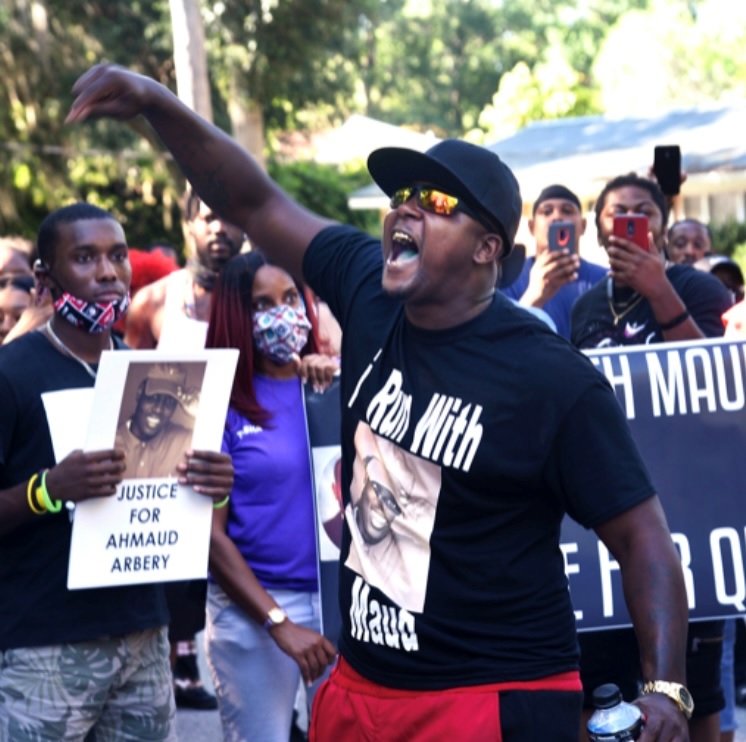 Arbery’s mother left the courtroom in shock and disgust. She told CNN’s Anderson Cooper she was appalled the defense attempted to “dehumanize” her son.

It was a shameful display, and the kind of character assassination tactic of someone who doesn’t believe they can win on the merits. “Literally after those men in that courtroom assassinated their child, now they’re sitting here assassinating his character,” said family attorney Benjamin Crump.

It was also a familiar ploy in the sad, long history of racist violence in the United States. Over and over again, Black victims are trashed and their names tarnished after their deaths in an effort to justify the violence against them. These portrayals go back to the days of slavery, and particularly to the Reconstruction era, when many Whites felt threatened by newfound Black freedom. Lynchings and killings, including the murder of Emmett Till, a child, were justified by the claim that Black men and boys had raped or otherwise assaulted White women. The image of Black men as brutes and savages is acutely captured in the pro-Ku-Klux-Klan film “Birth of a Nation.” 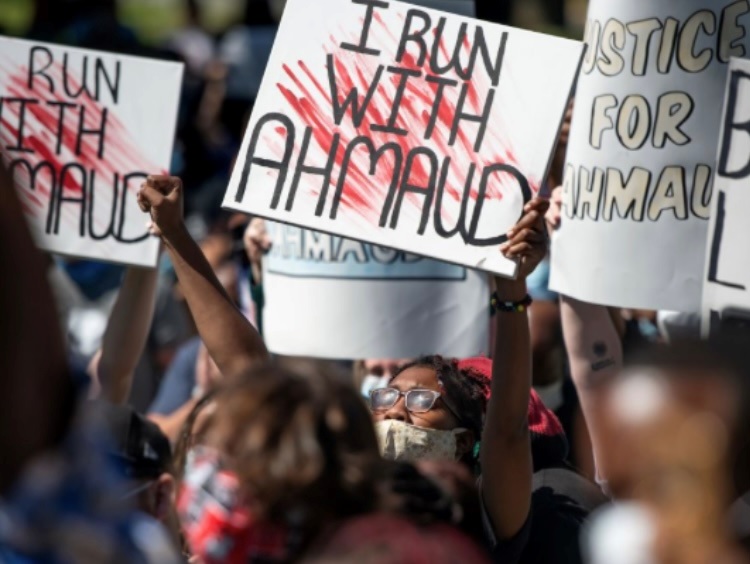 Decades and over a century later in some cases, these portrayals have shifted, but they haven’t gone away. When White people commit acts of violence against Black people, Black men, women, and even children are routinely slandered as scary, threatening, and animalistic, the message being the white assailant or murderer was acting in self-defense — and the Black victim had it coming.

This same trope remains employed so often that “he was no angel” — the line trotted out, often by conservative and even some mainstream news outlets, after the killings of Black men and boys — is widely understood as a clichéd trope. Even 12-year-old Tamir Rice, who was shot by a cop when he was on the playground, was calleda “thug” by a police union president and blamed for his own death.

One can only be thankful that the Jury of 11 white people and one lone black member saw past this attempt to paint any black person passing through their town as some rabid  savage who needs to be put down. But  unfortunately many in the future will not. This was a singular victory.

Fans Bash Deshaun Watson In His First Game Back: ‘You Sick F**K’
William Ruto, Kenya’s New President, Finally Steps Out Of Others’ Shadows
Netflix’s ‘Uncoupled’ Is The Diverse Queer Sitcom ‘Will & Grace’ Couldn’t Be
Ray J Responds To Being Compared To Kim Kardashian’s New Headphones In Viral Meme
Troubling Questions Unresolved In Latest End To Emmett Till Case