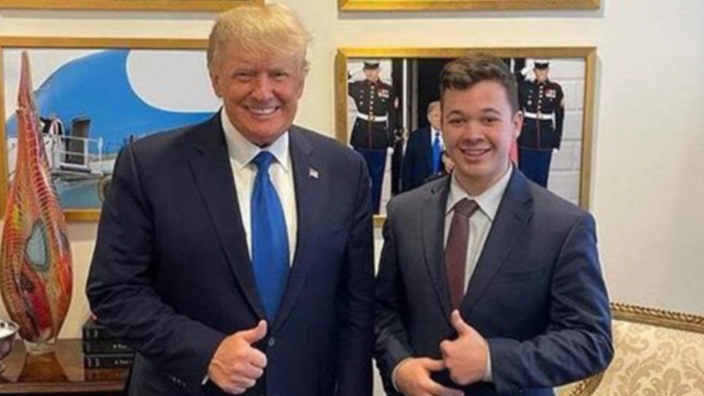 It didn’t take long for Kyle Rittenhouse and former President Donald Trump to meet up after the 18-year-old was acquitted on charges related to the shootings of three men, two of them fatally, in Kenosha, Wisconsin, last year.

“I know after the verdict, Kyle Rittenhouse went to visit you, and I have a picture of it,” Hannity told Trump and the show’s audience before an image of Trump with Rittenhouse was shown on screen, according to Mediaite.

Trump confirmed the meeting with Rittenhouse did take place.

“Kyle, I got to know him a little bit,” he told Hannity. “He called. He wanted to know if he could come over and say hello because he was a fan. He came over with his mother, really a nice young man.”

On Friday, a jury found Rittenhouse not guilty of all charges against him — including intentional homicide — for the Aug. 25, 2020 shooting deaths of two men and wounding of a third. Rittenhouse was just 17 years old last summer when he drove to Kenosha from Antioch, Illinois, armed with an AR-15-style rifle to protect property from protesters demonstrating in support of Jacob Blake, a Black man shot by police in Kenosha two days prior.

He became emotional and broke down in court as the jury’s verdict was read. 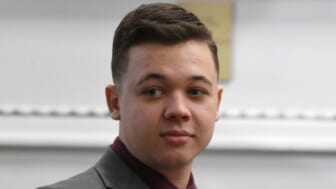 Rittenhouse’s trial revealed he was confronted and chased by a mentally ill man named Joseph Rosenbaum before shooting Rosenbaum four times at close range. Anthony Huber was the second man to chase Rittenhouse, believing the teen, who was open-carrying a firearm, was an active shooter. Rittenhouse shot Huber after he hit Rittenhouse with his skateboard, the trial disclosed.

His third victim, Gaige Grosskreutz, admitted during trial that he pointed a handgun at Rittenhouse before the teen shot and wounded him.

Critics have questioned how Rittenhouse could argue self-defense after driving to a protest with a loaded gun. On Tuesday, Trump characterized the criminal case against Rittenhouse as “prosecutorial misconduct.” 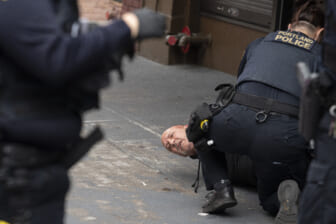 Rittenhouse has become a villain for progressives and a hero for conservatives since he began making headlines a year ago. On Monday, he appeared on Tucker Carlson Tonight for an interview Fox News says was watched by nearly five million people.

Have you subscribed to theGrio podcasts “Dear Culture” or “Acting Up?” Download our newest episodes now!
TheGrio is now on Apple TV, Amazon Fire and Roku. Download theGrio today!