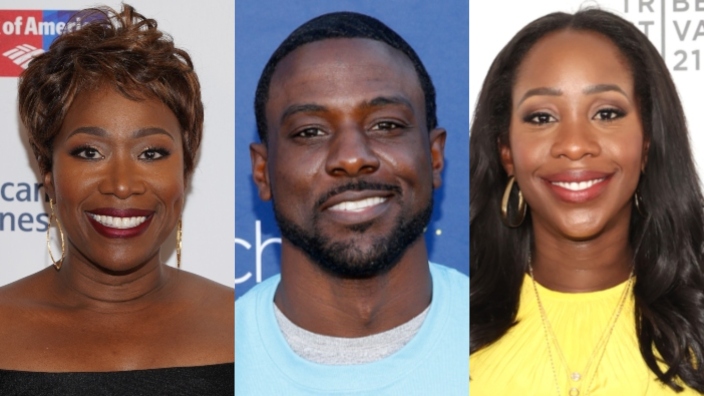 It’s been a busy fall season for honorary inductions into the National Pan-Hellenic Council, widely known in the Black community as the Divine Nine.

“Honorary Membership is the highest honor extended to women who have made significant contributions to society while excelling in their chosen fields,” Delta Sigma Theta’s announcing Instagram page post read. “It is with joy that we welcome these exemplary women into our beloved sisterhood!”

The women were inducted during the second day of the 55th national convention of Delta Sigma Theta Sorority, Inc., which was recently held both in Atlanta and virtually.

Actor Lance Gross, a Howard University graduate, was also inducted into Kappa Alpha Psi Fraternity, Inc. He wrote on his Instagram that the achievement was a “Long time Komin’.”

“Remember hearing the pride in momma’s voice when she talked about being a member of Alpha Kappa Alpha Sorority at Howard University,” Roberts wrote on Instagram back in July. “I’m honored to join these amazing women.”

Honorary members are recognized in Black sororities and fraternities for their work and service to the community; they have the same privileges as a pledged member. The distinction is considered one of the highest in any of the Divine Nine.

Los Angeles Officially Recognizes August 15 As ‘Nipsey Hussle Day’
Lawsuit Alleges Wells Fargo Discriminated Against Black Applicants
Dating App BLK Announces Contest To Tackle Inflation And Get Folks To Go On Dates, Again
With Just 3 Words, A Boy At School Changed Everything I Thought I Knew About Myself
Megan Thee Stallion Gives The Best Response To ‘The Rock’ Saying He Wants To Be Her Pet