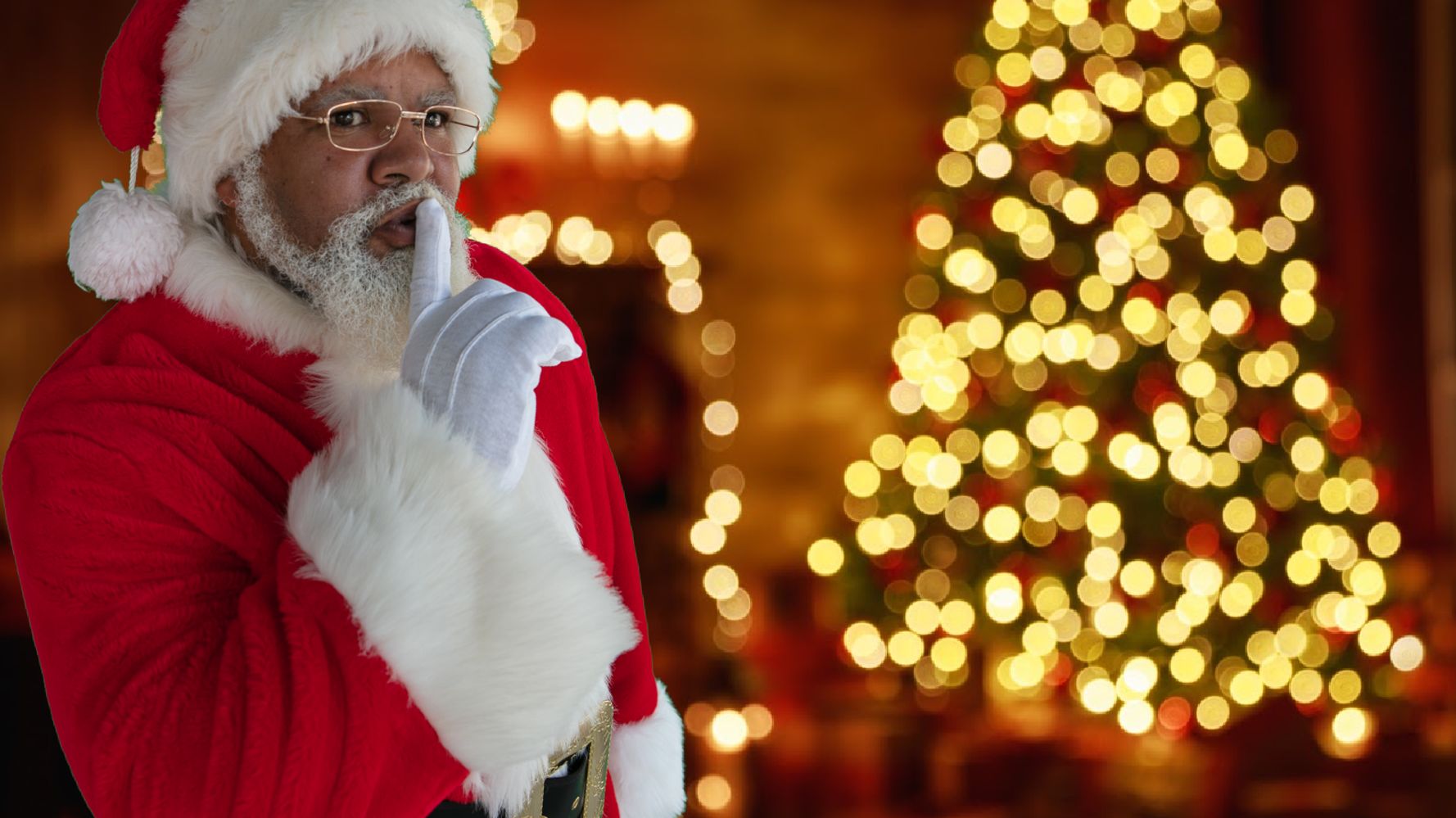 At a recent meet-and-greet, Saunders Claus — one of the first Black Santas to ever appear at a Disney park in the United States — chatted with a man who was quickly overcome with emotion.

“All he wanted to do was see me. He’d waited 35 years to see a Santa that looked like him,” said Claus, who asked HuffPost to use his professional Santa name. “The emotions he expressed were just very powerful and very Christmas-spirit. When I asked what he wanted for Christmas, he told me that I had already given it to him.”

Claus told HuffPost that he, to his knowledge, is one of four Black men portraying Santa at Disney’s U.S. theme parks this year. (A Disney spokesperson said Santa Claus will reflect the diversity of the surrounding communities at Disneyland Resort in California and Walt Disney World Resort in Florida, but did not give specifics.)

At the same time, a slew of new picture books for kids, like “The Real Santa,” by Nancy Redd, and “Santa In the City,” by Tiffany Jackson, feature Black Santas.

As the 2021 Christmas season picks up steam, it looks like this is the year that Black Santa might finally go mainstream, giving children the gift of representation.

“I don’t think magical creatures should be limited in expression,” said Redd. “And I think that the world is finally starting to agree.”

Representation in children’s books, kids’ media, their toys and even Santa is important because that’s how many kids learn about themselves and the world around them. Developmental experts point out that racial biases and beliefs are effectively “set” by the time kids are tweens, which means there’s a relatively short window to teach children about diversity.

Resources like Diverse Book Finder, which has aimed to catalog all children’s picture books featuring Black and Indigenous people, and People of Color (BIPOC), for nearly two decades, can help parents challenge the idea that whiteness is the standard. And there is evidence that diversity in children’s literature is growing, albeit slowly.

While representation of nonwhite characters in books and other media, like children’s shows, has improved in recent years, it hadn’t budged when it comes to Santa.

Redd, who grew up in the 1980s, said she isn’t surprised that Black Santas weren’t featured in the books she read as a kid. But now, in 2021, it’s “absolutely inappropriate” that nearly all Santas remain white, she said. She said she wrote her book because it’s the Santa story she longed for when she was growing up and wants her own children to have. (Redd was formerly employed by HuffPost.)

How to talk to kids about Santa’s race

The goal with having more nonwhite Santas in books, movies, TV and in North Pole-themed Santa huts across the country is not to make a point about what race Santa is or should be, Redd said. Nor is it to turn Santa into some kind of didactic tool. Instead, it’s to broaden our collective sense of what Christmas is and to invite children to expand their sense of what is possible, so all children feel included.

As writer Priscilla Blossom pointed out in a 2018 Romper essay, it’s easier to believe in Santa if you’re white. “What about black children, or indigenous children, or other children of color?” she wrote. “They might very well be among the first to question why Santa looks the way he does, or more importantly, why he looks nothing like they do.”

If children have questions about what the “real” Santa looks like, urge them to use their imaginations, Redd said. In some households, that might segue into broader conversations about representation and diversity, and why Santa has always been depicted as white. And in other households it won’t; you don’t need to use Santa as a tool to talk to your kids about racism.

But talking about this matters. And if it’s not Santa, ensuring your kids have access to books, toys and media that feature BIPOC can help them embrace diversity and can influence how they see themselves and others.

“You have to recognize nothing is set in stone when it comes to magical creatures! We’ve all been assuming … but assumptions change over time,” Redd said. “We can all open up the Santa universe together.”

For his part, Claus said he doesn’t spend much time focused on the fact that he is a Black Santa ― his focus is on what he can do to spread Christmas joy. Still, he knows how powerful it can be for children to see someone who looks like him in a Santa suit. And he does recognize his role as a trailblazer at Disney this holiday season ― not just for Black kids and families, but for all kids and families.

Weekday Mornings With Kids Are Hard. Here’s How To Make Them Less Painful.

30 Tweets About The Funny Names Kids Give Things

Young Women Are Tired Of Keeping Up With The Kardashians’ Body Image Ideals
How ‘P-Valley’ And ‘The Chi’ Tapped Into Much-Needed Conversations About Abortion On TV
Kirk Franklin’s Wife May Have Spilled Usher’s Business On Instagram
Chris Rock Has No Real Interest In Talking With Will Smith, Sources Say
Creating Lasting Community Partnerships In St. Louis With Mastercard