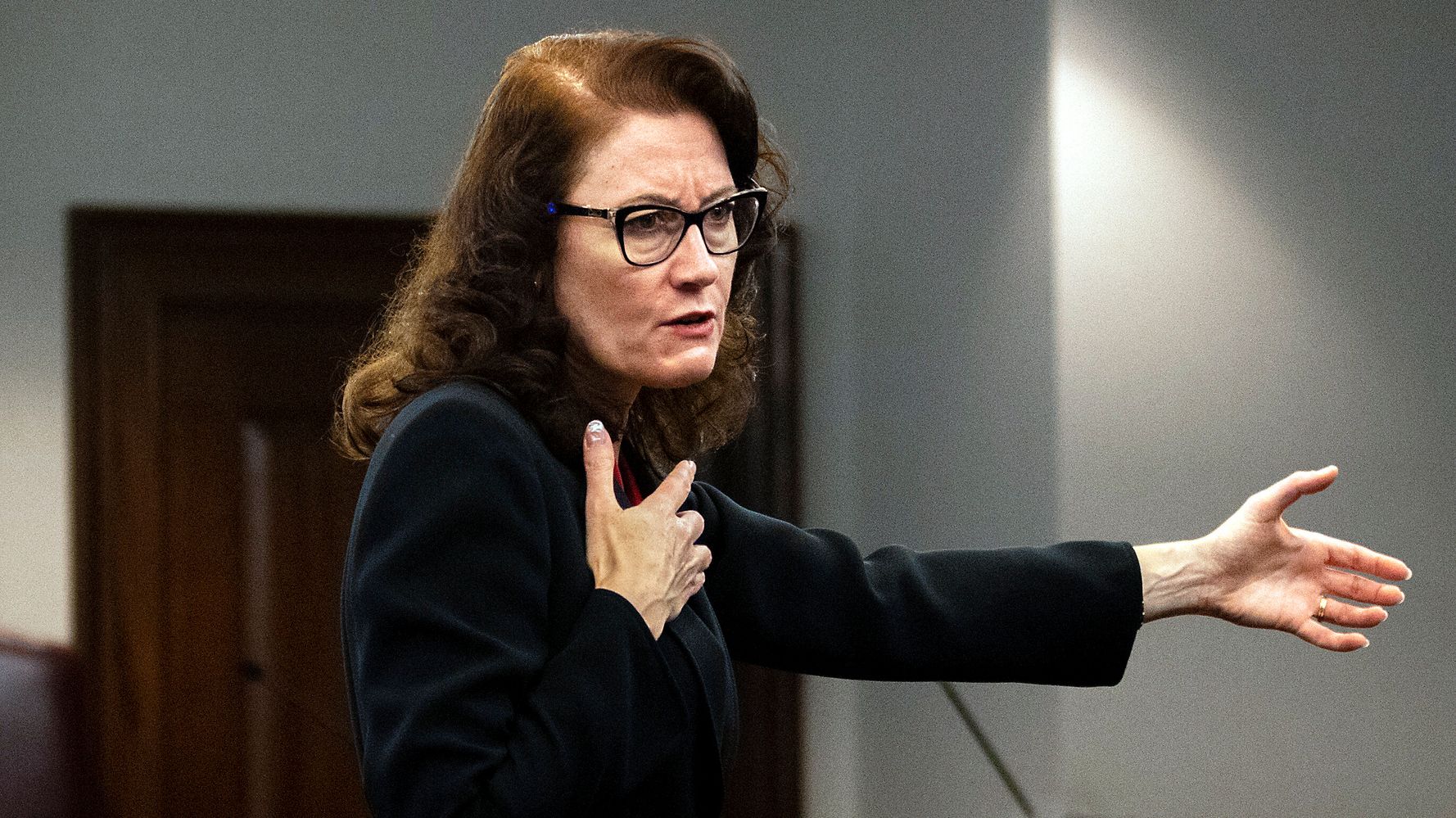 The prosecution concluded its arguments on Monday in the trial of the three white men who chased and killed Ahmaud Arbery, telling jurors the 25-year-old was attacked simply for running while Black.

“They made their decision to attack Ahmaud Arbery in their driveways, because he was a Black man running down the street,” prosecutor Linda Dunikoski told the jurors.

Dunikoski’s closing argument built on evidence presented at trial that Arbery never stole anything from a construction site in the Georgia neighborhood where he was fatally shot, and also never posed an imminent threat to Gregory and Travis McMichael or William Bryan, the three men charged in his killing.

In her closing remarks on day 12 of the closely watched trial, Dunikoski also questioned the legitimacy of the McMichaels and Bryan’s claim that they were attempting to execute a “citizen’s arrest.” She argued that the three men had presented no evidence and had not even claimed to have witnessed Arbery robbing any home in the Satilla Shores neighborhood.

She reminded jurors that under Georgia state law governing citizen’s arrests, the alleged offense would have to occur in the “private citizen’s presence.” The offense would also have to be felony ― and even if the defendants’ claims about Arbery had been validated, trespass or loitering is a misdemeanor, not a felony.

Dunikoski also interrogated Travis McMichael’s claim of self-defense, arguing that he was the aggressor in the deadly pursuit of Arbery.

Dunikoski said Travis McMichael’s statements in the trial were “completely made up” and conflicted with statements he had previously given to police, including claims about property owner Larry English’s boat, from which English alleged that someone had stolen electronic equipment in 2019.

English was the owner of the construction site where the defendants said they had seen Arbery. In a recorded deposition, however, English testified that nothing had been stolen from the site, including up until the day Arbery was gunned down.

While Travis McMichael referred to English’s boat on the stand, he had never mentioned it to police. Travis McMichael also testified during the trial that Arbery never threatened to harm him during their encounter but just kept running away.

Defense Attorney Kevin Gough argued last Friday that Arbery was responsible for his own death by not “submitting” to the three white men, and also criticized the presence of Black pastors in the courtroom. Travis McMichael testified that he brandished his gun to deescalate the situation between him and Arbery before ultimately killing the 25-year-old.

The defense began its closing arguments Monday morning and will continue in the afternoon. Then Judge Timothy Walmsley will issue instructions to the jury as jurors contemplate a verdict.

The racial makeup of the jury, which consists of 11 white jurors and one black juror, came into question during the case. Walmsley refused to change the jury’s composition due to Georgia law limiting his authority.

5 Years After Fascist Rally In Charlottesville, An Insurrectionist Is On The City Payroll
‘P-Valley’ Star Nicco Annan Wants Others Who Look Like Him To Truly Be Celebrated
Lawsuit Alleges Wells Fargo Discriminated Against Black Applicants
Was Kathy Hilton Actually Talking About Model Precious Lee In Lizzo Fiasco?
Florida Has An Outrageous New Law Targeting Teachers. Here’s Why I’ll Be Breaking It.