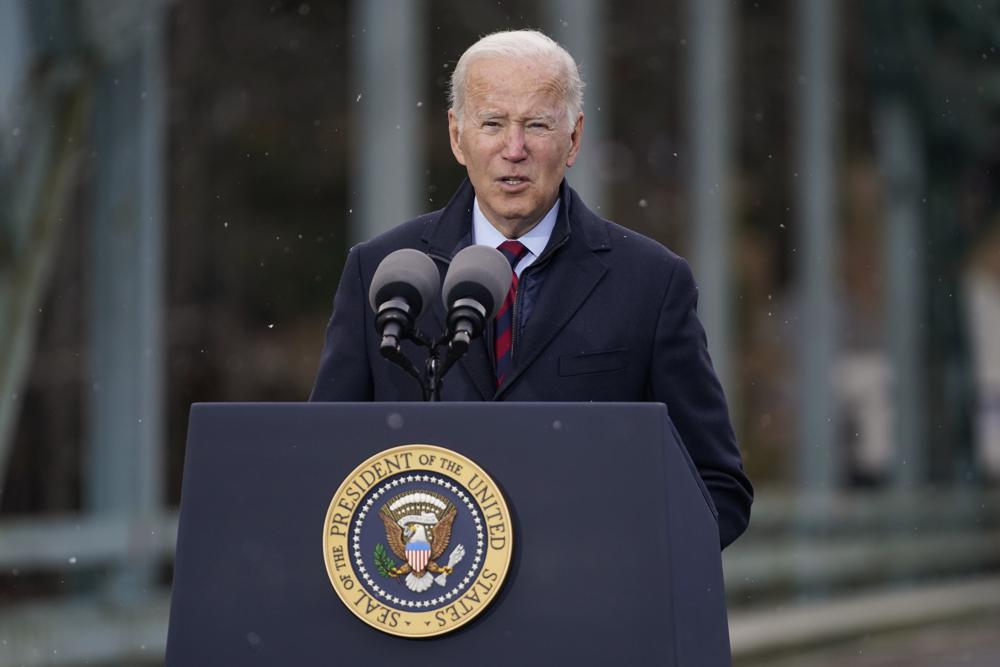 A difficult political atmosphere for President Joe Biden may have become even more treacherous with the acquittal of Kyle Rittenhouse.

Biden was already facing sliding poll numbers with an electorate worn down by the coronavirus pandemic and increasing inflation. Now, the president finds himself caught between outraged Democrats — some of whom were already stewing over Biden’s inability to land police reform and voting rights legislation — and Republicans looking to use the Rittenhouse case to exploit the national divide over matters of grievance and race.

“This is one of the last things Biden wants to be engaging in at this moment as he tries to finish up the big Build Back Better bill and get that across the finish line through the Senate,” said Christopher Borick, director of the Muhlenberg College Institute of Public Opinion. “Race and Kyle Rittenhouse is not the space where he wants or needs to be going deep right now.”

The acquittal of Rittenhouse has touched off new conversations about racial justice, vigilantism and policing in America. The Illinois teen armed himself with an AR-15-style semi-automatic rifle during an August 2020 protest in Kenosha, Wisconsin, days after the shooting of a Black man by a white police officer. He said he came to the small city to help protect a car lot from vandals and provide medical aid. 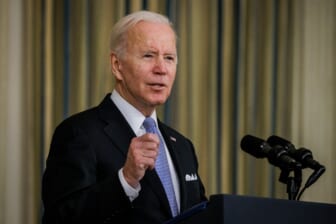 Rittenhouse would end up fatally shooting two men and maiming a third. Rittenhouse and his lawyers successfully argued that he had acted in self-defense during a confrontation in which he feared for his life.

The verdict in the case comes at a moment when Biden is trying to keep fellow Democrats focused on passing his massive social services and climate bill and hoping to turn the tide with Americans who have soured on his performance as president.

The president responded carefully following Friday’s verdict, expressing respect for the jury’s decision. He later added in a written statement that, like many Americans, he was “angry and concerned” with the jury acquittal of Rittenhouse.

Meanwhile, Republicans, who had success in this month’s Virginia election in part by accusing Democrats of promoting critical race theory in public schools, are embracing 18-year-old Rittenhouse as their newest hero in America’s culture wars.

GOP Reps. Paul Gosar of Arizona and Matt Gaetz of Florida have said they’d like to hire him as an intern, with Gosar suggesting they arm wrestle for the honor. Another Republican, Rep. Lauren Boebert of Colorado, on Saturday predicted that liberal outrage over the Rittenhouse trial would benefit her party.

“It seems liberals want self-defense to be illegal,” Boebert tweeted. “Try running on that in 2022 and see how far it gets you with the majority of the sane American public.”

Former President Donald Trump was quick to stand with Rittenhouse following the verdict. He called the teen “brave” for testifying in his own defense and accused the left of trying “to fan hatred” with its treatment of Rittenhouse.

Trump has spent much of his post-presidency stoking divisions with his frontal criticism of Biden and of any Republican who has not marched in lockstep with his views. And most Republicans, either through silence or direct endorsement, have followed his lead.

In the aftermath of the acquittal, Republicans have highlighted a tweet by Biden during his winning 2020 presidential campaign in which he appeared to suggest that Rittenhouse was a white supremacist.

The tweet, from September 2020, excoriated Trump for failing “to disavow white supremacists on the debate stage” the previous night and included a video that contained a still image of Rittenhouse from the night of the Kenosha shooting and footage of torch-bearing white supremacists at the 2017 Unite the Right rally in Charlottesville, Virginia.

Sen. Tom Cotton of Arkansas and Republican National Committee chairwoman Ronna McDaniel are among party officials who have called on Biden to apologize.

“He smeared a teenager to score political points and spread lies about this case,” McDaniel wrote on Twitter. “What Biden did was dangerous and inflammatory.”

Asked by a reporter soon after the verdict if he stood by his campaign social media posting, Biden responded that “I stand by what the jury has concluded.” 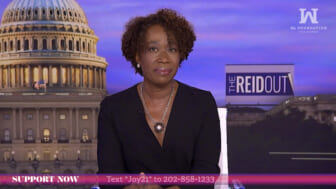 Borick, the Muhlenberg College pollster, said the results of this month’s elections in Virginia show that driving at cultural issues — including race and transgender rights — could be a good strategy for Republicans trying to energize a segment of the electorate that was passionate about Trump but less enthusiastic about the rest of the GOP. But Borick warned that the GOP’s fulsome embrace of Rittenhouse wasn’t without risk.

“I don’t know if it’s a great place to be if you’re trying, come the midterms, to reach suburban voters and educated voters who might not fault the decision to acquit Rittenhouse because of the circumstances but are far from comfortable holding him up as a hero,” Borick said.

Even before the verdict, Biden had been facing increased pressure from some Democrats over the lack of progress on passing voting rights and police reform legislation.

Last month, a day after Senate Republicans filibustered a major voting bill for the second time this year, Biden acknowledged that the process of governing could be “frustrating and sometimes dispiriting” but urged supporters to “keep the faith.”

At the same time, civil rights leaders have expressed frustration that Biden has not used the power of the bully pulpit more to push for a broad police reform bill named after George Floyd, the Black Minneapolis man whose killing last year by police touched off protests around the U.S.

Speaking at an event earlier this week where he signed into law a trio of bills to increase aid to police, Biden only made passing mention of the George Floyd Act, asking legislators from both parties to work together to make it law.