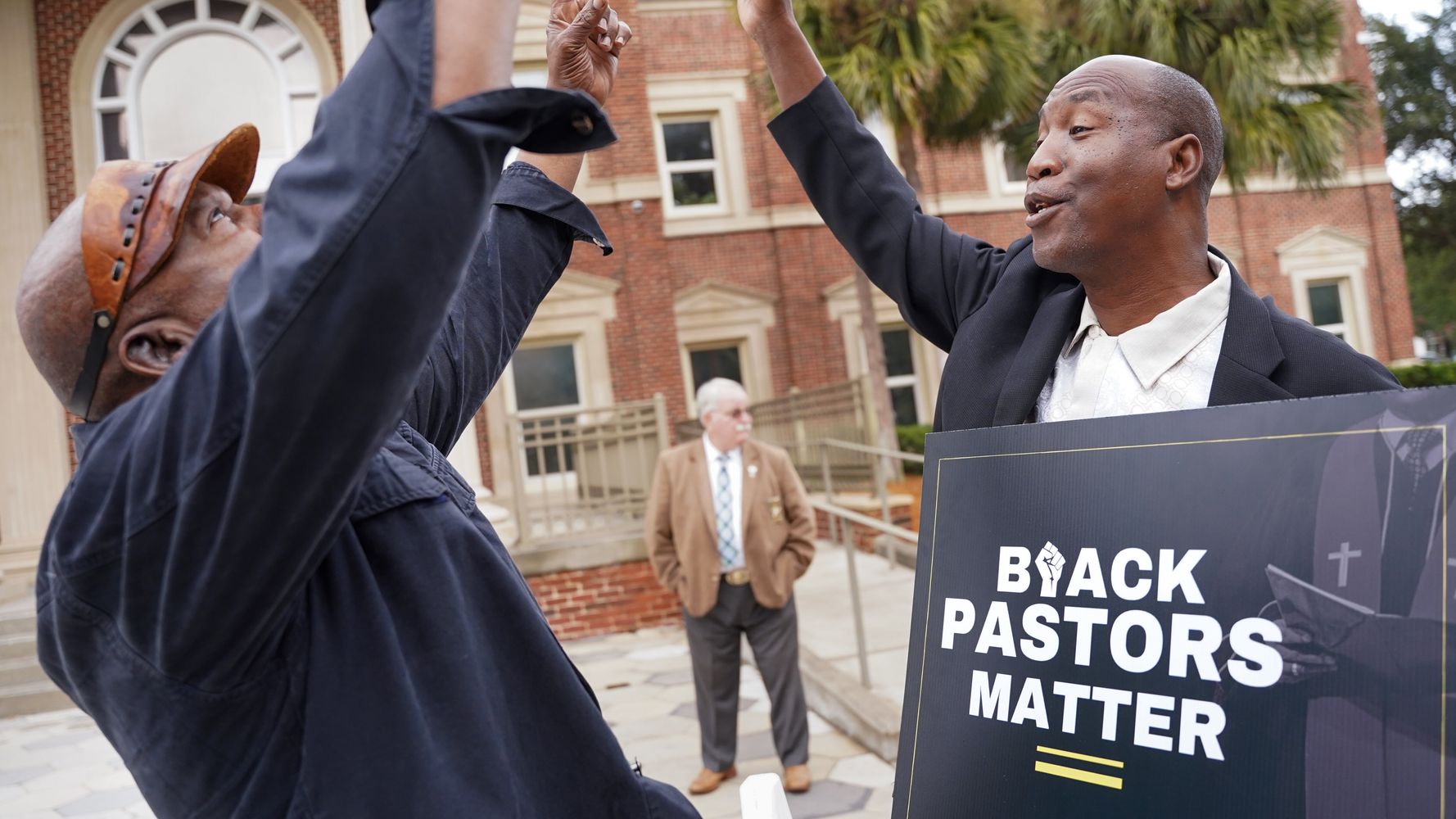 Hundreds of Black pastors gathered Thursday outside the Georgia courthouse where the Ahmaud Arbery murder trial is being held, congregating in defiance of defense attorney Kevin Gough, who last week argued that the presence of Black pastors in the courtroom was intimidating the jury.

“If we’re going to… bring high-profile members of the African American community into the courtroom to sit with the family during the trial in the presence of the jury, I believe that’s intimidating,” Gough said. The jury consists of 11 white people and one Black person.

The judge called Gough’s remarks “reprehensible” and denied the request.

100+ people are outside of the courthouse – this comes after the defense in the murder trial of #AhmadArbery said they didn’t want anymore black pastors in the courtroom due to intimidation of the jury. @TheRevAl and others called over 100 black pastors to pray and rally today pic.twitter.com/KV5W485fWs

The faith leaders who gathered on Thursday plan to encircle the Glynn County courthouse in a show of support for the Arbery family, but said they won’t seek to enter or disrupt the court proceedings.

Dr. Jamal Bryant, a pastor at the New Birth Missionary Baptist Church, told Atlanta’s CBS affiliate the assembly is meant to be a display of peaceful unity.

“We have heard a lot of things from the attorney that we are a distraction,” Bryant said. “Our focus is just to bring peace and calm to the community, not to rile up any ire, and God knows not for a mistrial ― just to show our prayers and our support.”

“We’re excited about their presence,” Perry said. “Because as a community, we believe in faith and we believe in the role of faith in justice.”

Gregory McMichael, Travis McMichael and William “Roddie” Bryan are all on trial for felony murder and federal hate crime charges, among other charges, in the shooting death of Arbery.

The men, all of whom are white, chased Arbery, who was Black, in their pickup trucks while he was jogging down a Georgia road in February 2020. They shot and killed him, and have claimed they believed he was a burglar. Arbery was 25.