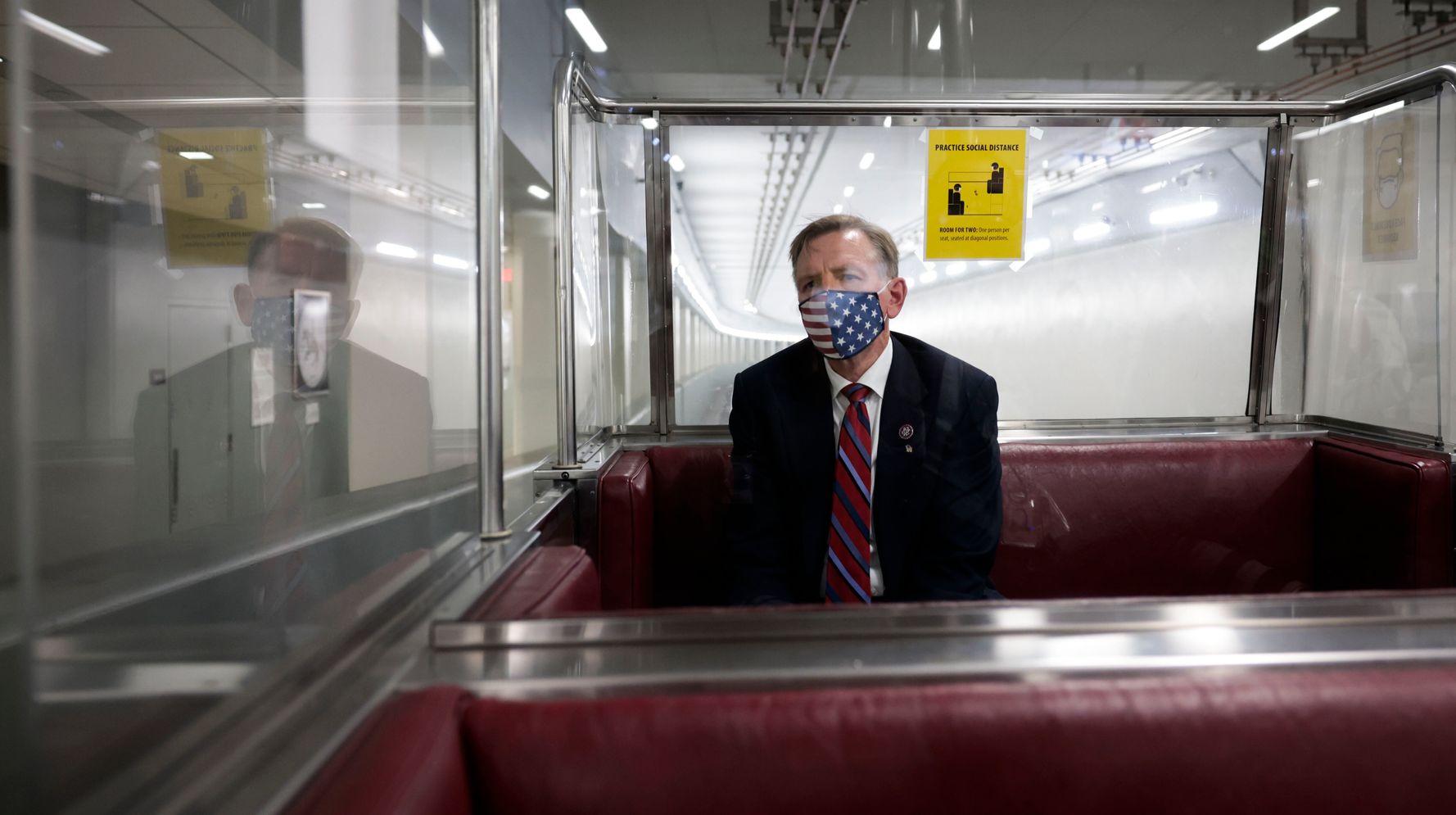 The House of Representatives voted on Wednesday to censure Rep. Paul Gosar (R-Ariz.) and to strip him of his committee seats after he posted an anime video depicting him killing Rep. Alexandra Ocasio-Cortez (D-N.Y.) and threatening President Joe Biden.

The vote passed mostly along party lines, with only two Republicans — Reps. Liz Cheney (Wyo.) and Adam Kinzinger (Ill.), who is retiring — seeing it necessary to condemn Gosar for sharing a video that depicted him slicing the throat of one of their Democratic colleagues.

A censure is a formal condemnation and one of the most severe forms of discipline a member of the House can face, second only to expulsion. It is rare, and was last used in 2010 against former Rep. Charlie Rangel (D-N.Y.) over ethics violations.

The censure resolution against Gosar — introduced by Rep. Jackie Speier (D-Calif.) and over a dozen other Democratic members of the House — states that “depictions of violence can foment actual violence and jeopardize the safety of elected officials, as witnessed in this chamber on January 6, 2021,” a reference to the attack on the Capitol by supporters of former President Donald Trump. (Ocasio-Cortez was a primary target of the rioters, and hid in a bathroom during the attack, an experience she later recalled in terrifying detail.)

The resolution also states that “violence against women in politics is a global phenomenon meant to silence women and discourage them from seeking positions of authority and participating in public life, with women of color disproportionately impacted.”

Gosar posted the 90-second video to his Twitter and Instagram accounts on Nov. 7. The clip featured Gosar’s likeness edited into scenes from the anime series “Attack on Titan.” The video shows Gosar as the series’ protagonist slitting the throat of a monster with the face of Ocasio-Cortez, and brandishing a sword at another monster with the face of Biden.

“Any anime fans out there?” Gosar tweeted along with the video.

Ocasio-Cortez spoke on the House floor ahead of the censure vote on Wednesday, lashing out at Republican House Leader Kevin McCarthy (R-Cali.) for not condemning Gosar’s actions.

“It is a sad day in which a member who leads a political party in the United States of America cannot bring themselves to say that issuing a depiction of murdering a member of Congress is wrong and instead decides to venture off into a tangent about gas prices and inflation,” Ocasio-Cortez said, referring to a speech McCarthy gave on the House floor before her. “What is so hard? What is so hard about saying that this is wrong?”

Gosar also spoke on the House floor ahead of the vote, refusing to apologize for the video, claiming it did not constitute a call to violence.

“There is not threat in the cartoon, other than the threat immigration poses to this country,” Gosar said, referring to portions of the anime video depicting immigrants at the southern border.

Gosar noted that he deleted the posts — or “self-censored,” as he put it — when it appeared that they offended people.

“No matter how the left tries to quiet me I will speak out against amnesty for illegal aliens,” Gosar said.

Earlier this year, Gosar was the keynote speaker at a white nationalist conference hosted by “America First” leader Nick Fuentes. Gosar received little to no rebuke from his Republican colleagues for speaking at the conference.