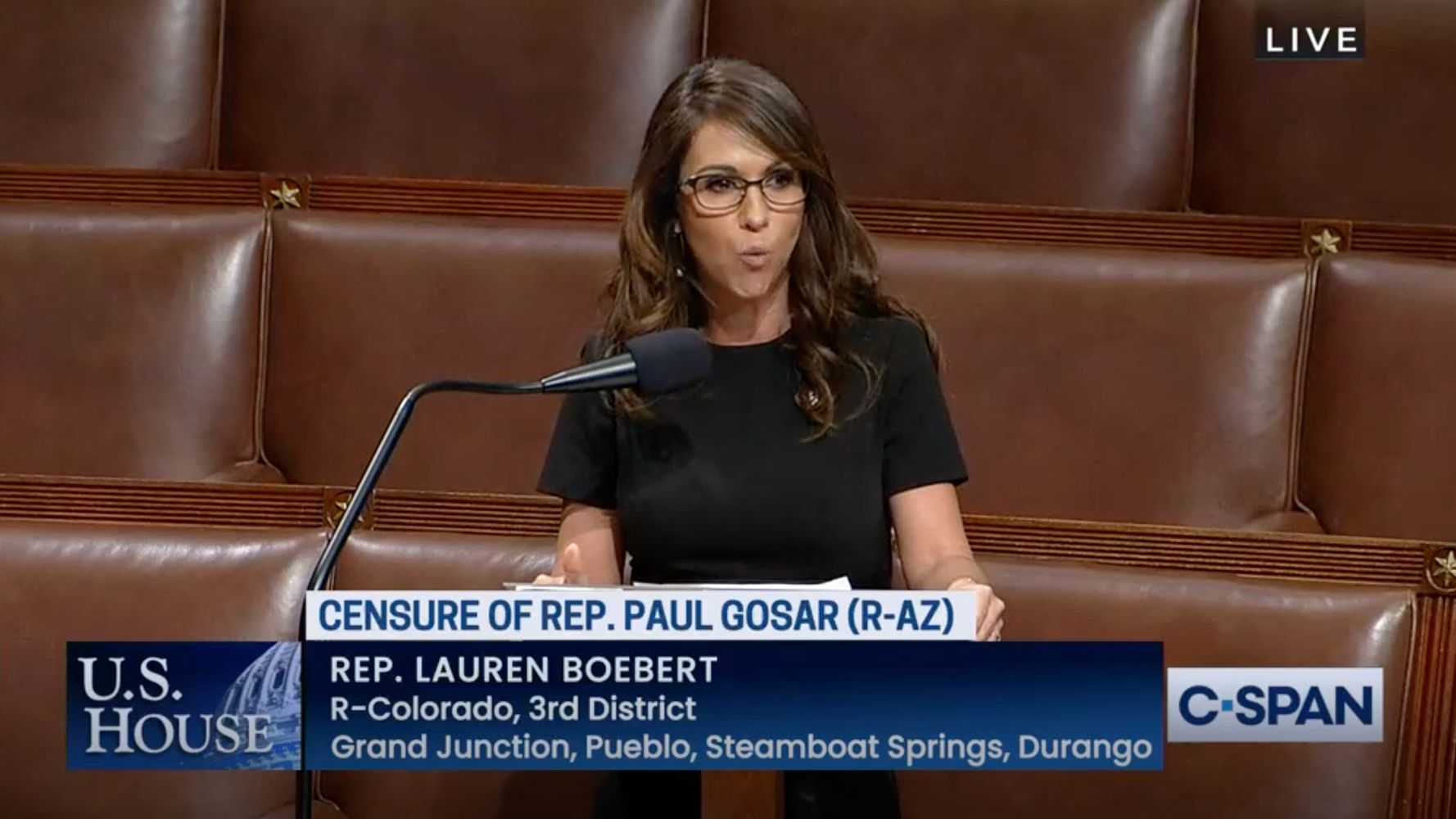 The far-right Colorado lawmaker faced fierce backlash for the comment as she railed against Democrats while defending Gosar, who was ultimately censured for posting an anime video depicting him killing Rep. Alexandria Ocasio-Cortez (D-N.Y.) and attacking President Joe Biden.

“This is a dumb waste of the House’s time, but since the speaker has designated the floor to discuss members’ inappropriate actions, shall we?” Boebert said before calling Omar “the jihad squad member from Minnesota” with a “brother husband.”

Omar, one of the first two Muslim women in Congress, is a member of the so-called “Squad,” a group of progressive House Democrats of color including Ocasio-Cortez and Reps. Ayanna Pressley (Mass.), Rashida Tlaib (Mich.), Jamaal Bowman (N.Y.) and Cori Bush (Mo.).

Boebert labels Ilhan Omar a member of “the Jihad squad” and smears her with unfounded conspiracy theories pic.twitter.com/lhOIPJRlgG

Boebert’s comment sparked immediate condemnation. The Colorado lawmaker has made a habit of spewing hate speech and conspiracy theories and has reportedly been linked to the planning of the Jan. 6 riot at the U.S. Capitol.

Get ready folks. This kind of hate speech and malicious ignorance will be in every single county, state, and federal race. They have been practicing the incitement and disinformation campaign and are ready to release the hate in full. https://t.co/xJgFKpbHRl

Everyone knows Omar will get kicked off House Foreign Affairs if the GOP wins in 2022, right? McCarthy has said so already. Dems know some version of what’s coming. https://t.co/7dlixXff3l

Lauren Boebert, who actively encourages terrorists here at home, calling another member of Congress a Jihadist?

Lauren Boebert, whose husband is wont to whip out his dick in public in front of girls, mocking someone else’s husband and talking about inappropriate actions? https://t.co/aDfYtLj1I0

How is @laurenboebert a member of Congress?

Swizz Beatz And Timbaland Say Triller Social Platform Stiffed Them For ‘Verzuz’
Who Is Miracle Watts? Here Are 5 Things To Know About The Model-Turned-Influencer
Will Smith And Jada Pinkett Smith Step Out Together For First Time Since Oscars Slap
Florida Has An Outrageous New Law Targeting Teachers. Here’s Why I’ll Be Breaking It.
Missouri Pastor Called His Congregation ‘Broke’ For Not Buying Him A Watch And Then Apologized