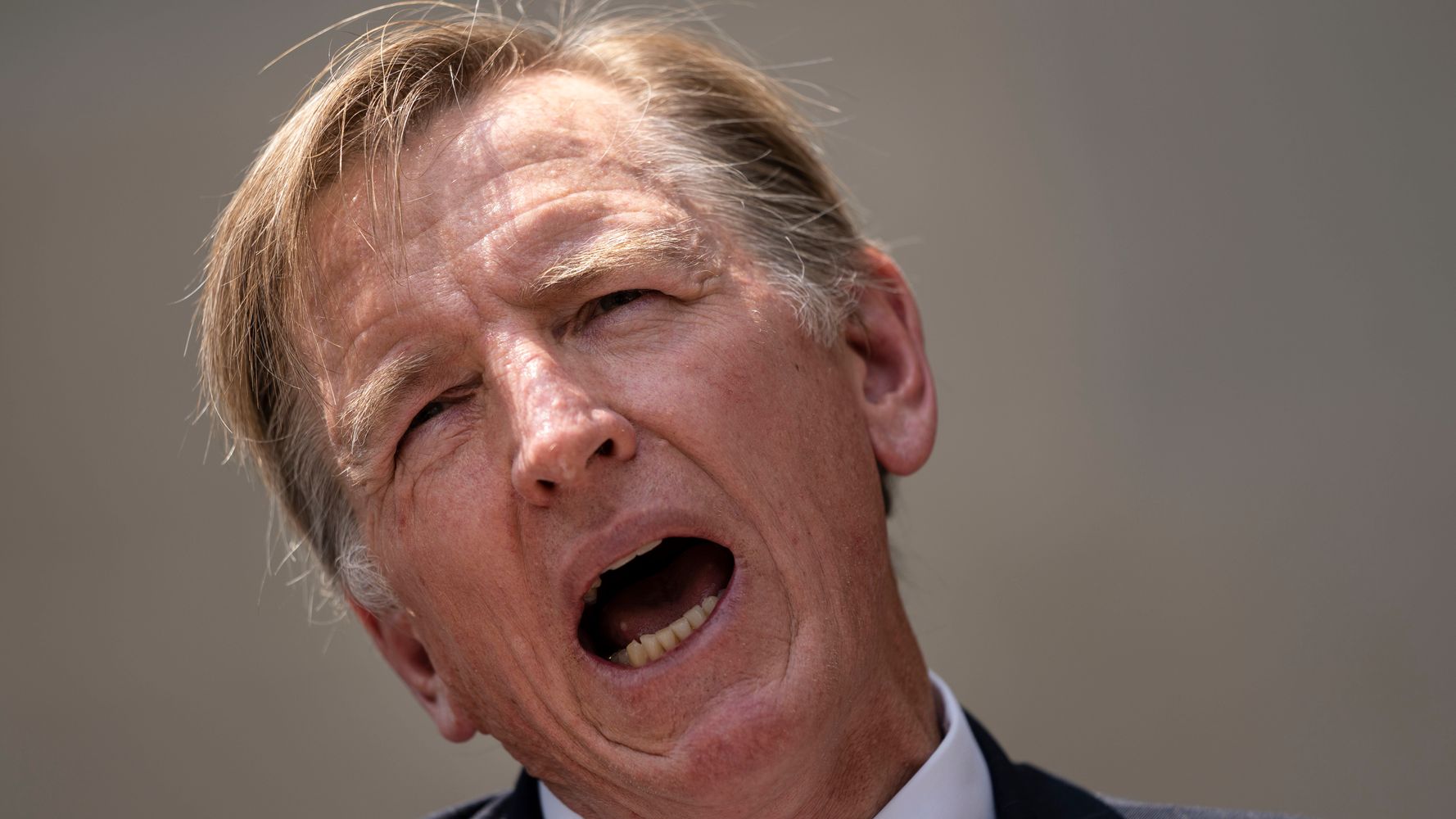 The House of Representatives will vote Wednesday on whether to censure Rep. Paul Gosar (R-Ariz.) over an anime video he posted online last week that depicted him killing or threatening monsters with the faces of Rep. Alexandra Ocasio-Cortez (D-N.Y.) and President Joe Biden.

House Speaker Nancy Pelosi told reporters on Capitol Hill Tuesday that she would allow a censure resolution to come to a vote on the House floor. She made the decision, she said, because Gosar’s video not only caused “endangerment” to a fellow member of Congress but was “an insult to the institution” of the House.

A censure is a rarely used, formal condemnation of a House member, considered one of the most severe forms of discipline in the legislative branch, save for outright expulsion. It requires a simple majority vote to pass.

If successfully censured, Gosar would be required to stand in the well of the House as Pelosi reads aloud the censure resolution denouncing his actions.

New – Pelosi to me on Dems’ plans to censure Gosar and remove him from Oversight. “Because he made threats, suggestions about harming a member of Congress. That is an insult – not only endangerment of that member of Congress, but an insult to the institution of the” House pic.twitter.com/SKBoB6NKTK

The resolution — introduced by Rep. Jackie Speier (D-Calif.) and co-sponsored by 18 other Democratic members of the House late last week — states that “depictions of violence can foment actual violence and jeopardize the safety of elected officials, as witnessed in this chamber on January 6, 2021,” when a right-wing mob stormed the Capitol in an attempt to overturn the results of the 2020 presidential election. (Ocasio-Cortez hid in a bathroom during the encounter, which she later recalled in horrifying detail.)

The resolution also states that “violence against women in politics is a global phenomenon meant to silence women and discourage them from seeking positions of authority and participating in public life, with women of color disproportionately impacted.”

Asked by reporters about the censure resolution Tuesday, Ocasio-Cortez said, “I think that in a perfect world, he would be expelled.”

The House will also vote on a motion Wednesday to strip Gosar of a seat on the House Committee on Oversight and Reform, an assignment he currently shares with Ocasio-Cortez.

Gosar posted the video to his Twitter and Instagram accounts on Nov. 7. The minute-and-a-half clip features Gosar’s likeness edited into scenes from the anime series “Attack on Titan.” The video depicts Gosar as the series’ hero slaying a monster with the face of Ocasio-Cortez, whose throat he slits, and brandishing a sword at another with the face of Biden.

“Any anime fans out there?” Gosar tweeted when posting the video.

“Attack on Titan” is a Japanese manga that counts white nationalists among its fans. The series has an anime adaptation and has been heavily criticized for its neo-fascist and pro-genocidal themes.

“It is a symbolic cartoon,” Gosar said last week after receiving criticism for the video. “It is not real life. Congressman Gosar cannot fly. The hero of the cartoon goes after the monster, the policy monster of open borders. I will always fight to defend the rule of law, securing our borders, and the America First agenda.”

Gosar’s office didn’t respond to HuffPost’s email asking who exactly made the video.

Whoever made it is likely young and fluent in far-right meme culture, fueling speculation that there are extremists on Gosar’s staff.

Earlier this year, Gosar was the keynote speaker at a white nationalist conference hosted by then-22-year-old “America First” leader Nick Fuentes. Gosar received little to no rebuke from his Republican colleagues for speaking at the conference, nor for sitting down for coffee with Fuentes, a Holocaust denier who once compared Jewish people murdered in Nazi gas chambers to cookies baking in an oven.

Gosar’s video prompted only a small rebuke from House Minority Leader Kevin McCarthy, who did not speak up about the incident until this week. McCarthy said he called Gosar and convinced the congressman to delete the video.

“He didn’t see it before it posted,” McCarthy told reporters about Gosar, absolving the congressman of responsibility for the violent depictions of his House colleague and the president. “It was not his intent to show any harm.”

After news of the censure vote Tuesday night, Gosar tweeted out a link to a bizarre interview he granted to the deeply disreputable far-right website Gateway Pundit.

“I have said conclusively and decisively that there is no threat of violence in this cartoon, other than to point out the threat that illegal immigration poses to our country,” Gosar said. “If my cartoon can be banned, and my free speech is to be banned — then the Cartoon Network, Nickelodeon, Disney, and indeed most of Hollywood obviously could be banned as well — not to mention Wile E. Coyote and the Road Runner.”

This story has been amended to more accurately describe the video Gosar shared.

With Just 3 Words, A Boy At School Changed Everything I Thought I Knew About Myself
‘Little Mermaid’ Star Halle Bailey Reveals How She Faced Racism Over Disney Role
Las Vegas Landlord Accused Of Forcing Mom Of 4 To Have Sex In Exchange For Housing
Twitter Explodes After Discovering Blueface’s Girlfriend Chrisean Rock Is An Athletic Superstar
Angela Yee Exits ‘The Breakfast Club’ For Own Nationally Syndicated Show On Same Network