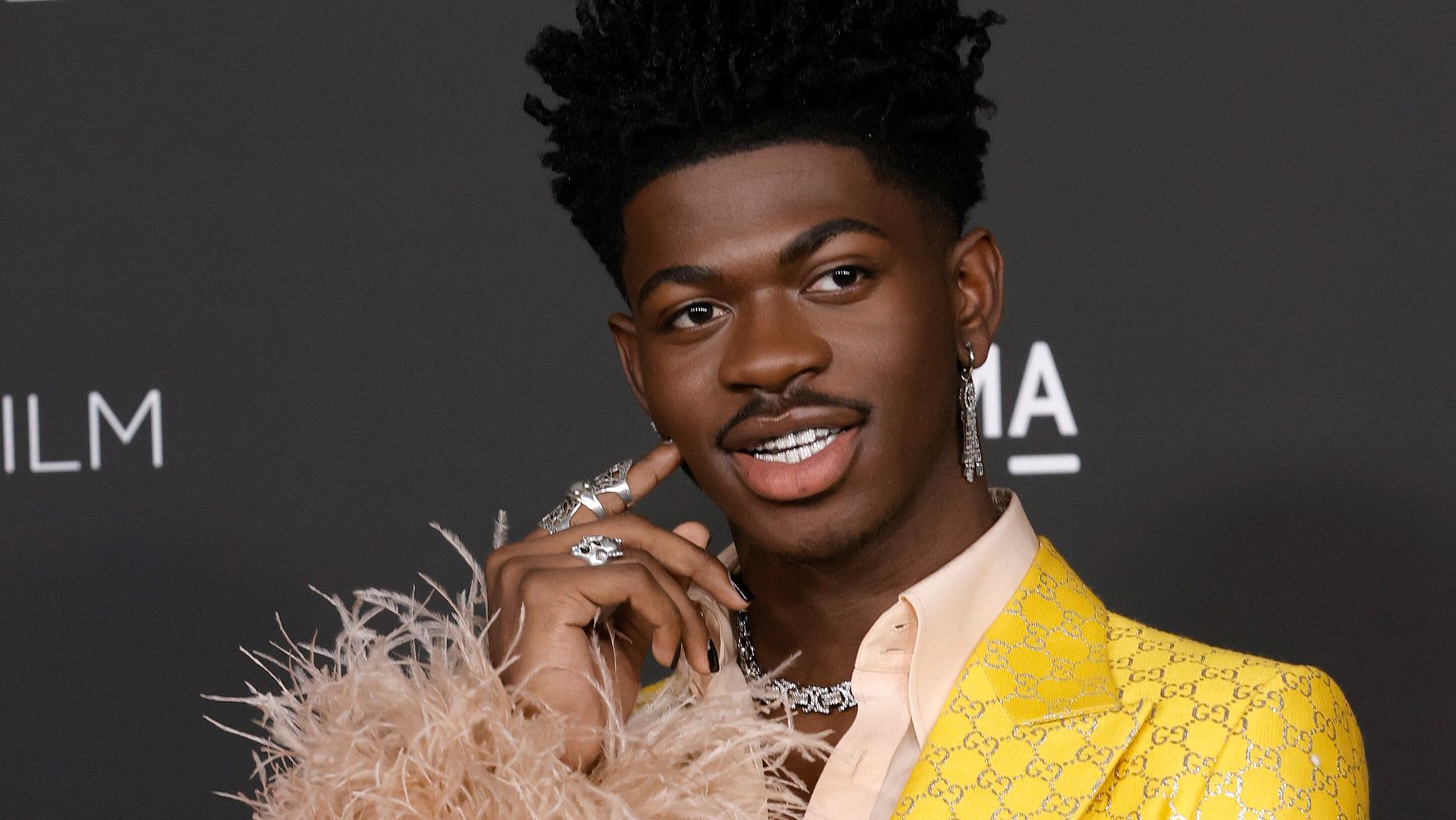 Lil Nas X is continuing to rack up milestones as 2021 comes to a close.

The two-time Grammy winner is one of three stars to grace the cover of GQ’s annual Men of the Year issue, unveiled Monday. Also featured are “Spider-Man” actor Tom Holland and NBA player Giannis Antetokounmpo.

In the accompanying interview, Lil Nas X discusses the breakout success of his debut album, “Montero,” which cemented his cultural status as a queer trailblazer in rap and hip-hop music upon its release in September.

He also expresses some surprising sympathy for fellow rapper DaBaby, who came under fire this summer after making a series of derogatory statements about women, gay men and those living with HIV while he performed at the Rolling Loud Festival in Miami.

“I’m not going to lie, I feel bad for DaBaby,” he said, before acknowledging the “very hypermasculine” landscape of hip-hop. “I hope he grows from it. I hope he’s able to. But I don’t know. … It’s so great and so amazing that all these female rappers are breaking through. And, in a way, female rappers are the biggest rappers right now.”

The 22-year-old is also embracing being labeled part of a broader “gay agenda” in pop culture, noting that his artistic mission is simply to “normalize” the acceptance of LGBTQ people. He was also optimistic that “change is happening” within his genre and suggested his LGBTQ-inclusive songs and videos eventually won’t seem like anomalies.

It’s been more than two years since Lil Nas X rocketed to fame with his country trap smash, “Old Town Road.” Questions about whether he’d be able to sustain that track’s record-breaking success were put to rest this spring with the release of “Montero (Call Me by Your Name),” which also topped the charts. The accompanying music video’s mix of sacred and sexually provocative imagery drew comparisons to Madonna’s era-defining 1989 hit, “Like a Prayer.”

Elsewhere in the interview, Lil Nas X said he wasn’t vexed that he had to settle for “Montero” entering the Billboard charts at No. 2, having been kept from the top spot by Drake’s “Certified Lover Boy.”

“Nobody even thought that I would be here,” he explained. “Everybody was like, ‘One-hit-wonder this, one-hit-wonder that.’ And now it’s amazing that my competition was Drake … Drake’s my idol. There are too many other wins to be upset.”

#DaveChappelle Talks Not Having Support From Hip Hop Artists At One Point
Audible’s Black History Month Slate Includes Originals Featuring Queen Latifah, Tessa Thompson And More
Why Jay-Z And Yo Gotti Dropped Their Mississippi Prison Lawsuit
Inside The Online Community Where Home-Schoolers Learn How To Turn Their Kids Into ‘Wonderful Nazis’
Twitter Rallies Around TikTok Influencer Keith Lee As He Responds To TV Producer Who Appeared To Accuse Him Of Stealing Idea