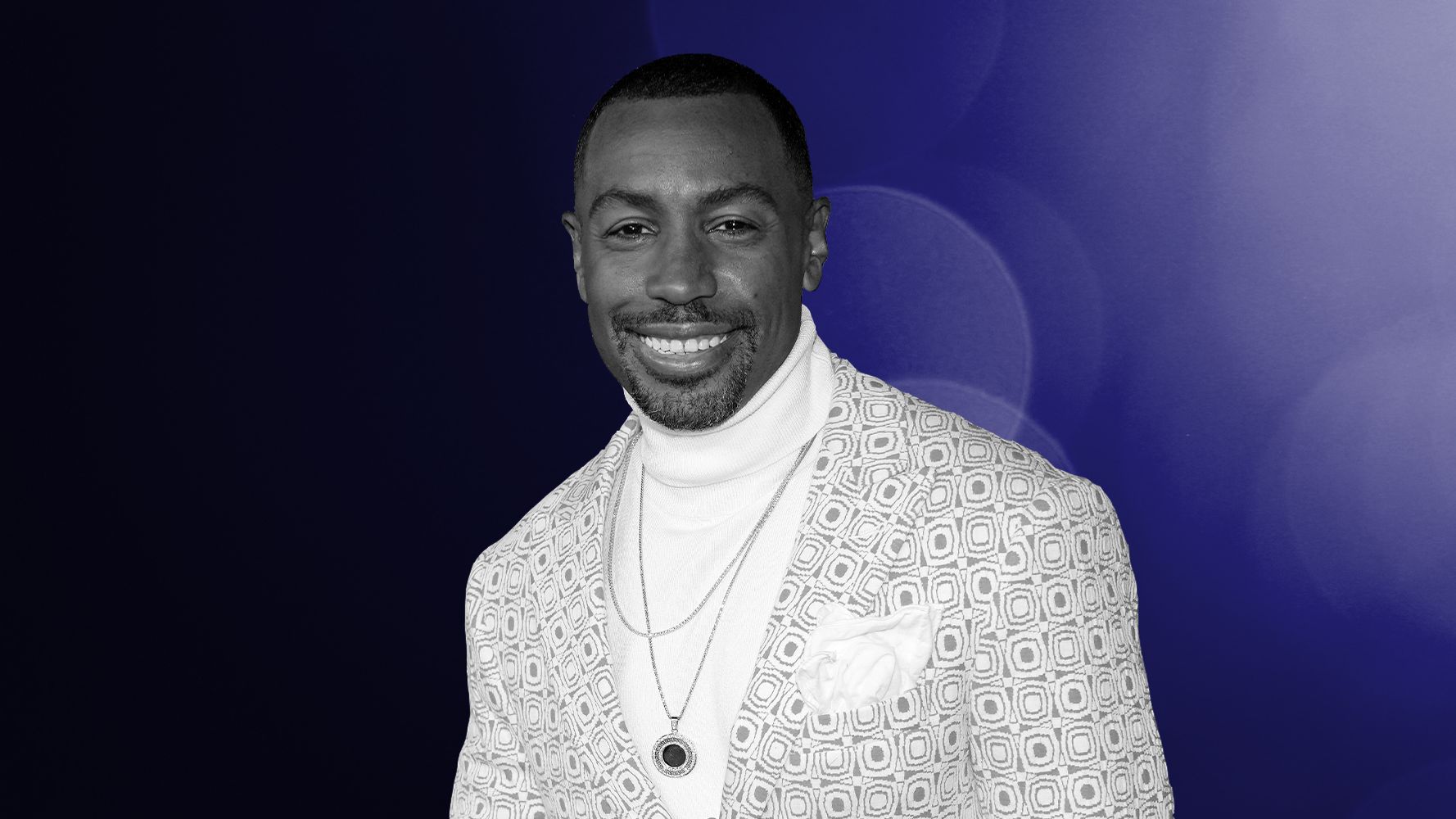 As any “Insecure” superfan could attest, the road to success for heroine Issa Dee (series creator Issa Rae) has been long and riddled with disappointment, full of cases where she got overlooked in favor of a white face. But now, in the fifth and final season of the HBO comedy, Issa is reaping the benefits of years of effort as a thriving entrepreneur. Even more importantly, she’s bringing other Black folks with her.

It’s a journey showrunner Prentice Penny recognizes intimately. Though he cut his teeth as a writer on the show “Girlfriends” in the early aughts, he later had to navigate myriad predominantly white writers’ rooms. But since the massive success of “Insecure,” he’s become a vocal advocate for other Black talent, even serving as a producer on the HBO variety series “Pause with Sam Jay” and launching a comic book company fostering marginalized voices.

Still, like Rae’s character in the Season Five premiere, Penny sometimes catches himself second-guessing whether he’s worth his salt. “I’m probably still working on if I’m any good,” he admits on a recent call from his native Los Angeles. He thinks about that some more, then explains: It’s not so much that he’s questioned his talent, but rather his confidence in it.

“I would say maybe less good ― I’ve had markers where I felt more comfortable,” he says. “When [creator] Mara [Brock Akil] officially hired me as a writer on ‘Girlfriends,’ [that] was certainly a benchmark thing. Like, ’Wow, somebody that I have such a huge respect for actually thinks that I have some talent.′”

That feeling was further validated when “Insecure” premiered in 2016 and instantly clinched the support of Black Twitter. “‘Insecure’ coming out the first season and people responding to it — I think it was a big sigh of relief that Issa and [my] debt on each other was paying off.”

When Penny contemplates this question of success, he often talks about these kinds of indicators in his career that reminded him he was on the right track. “I got to deliver a show, from hiring writers and directors and running a writers’ room. Until you hike the mountain, you don’t really know if you can get over it.”

But it shouldn’t come as a surprise, least of all to him, that he’s made it this far. After all, he’s been preparing for this moment since long before “Girlfriends” came calling, when he was growing up just eight miles away from Hollywood. He even remembers telling his mother, Los Angeles County Superior Court Judge Brenda Penny, that he wanted to be a storyteller back when the only person of color in Hollywood he could look to was Spike Lee.

“From the moment I said I wanted to do that, my mom could not have been more supportive,” Penny says. “Especially at a time when a lot of parents wanted her to encourage me to go into things that were more stable — like doctor, lawyer, engineer.” He understands the reluctance, though. “I don’t really fault that. It was almost like, ′Have him be a magician.’”

Penny attributes a lot of his ability to carve his own path in Hollywood to his family ― “on my father’s side particularly,” he says, “as they were sort of less college-educated and more self-motivated entrepreneurs.”

He recalls their words of advice: “′Hey, if you want it, just go get it. It’s possible. Do what you got to do to make it happen.′ Unapologetically speaking up for yourself, and advocating for yourself, was a big thing on that side of the family.”

Even today, Penny marvels at the success of his paternal grandfather, a self-made man. “[He] ran away from Kansas City when he was 14 and was a hobo,” he says. “Then [he] eventually became a businessman and was one of the first Black families to move into Baldwin Hills. I can’t tell that guy, ‘I can’t make it happen.’ He was like, ‘I was a hobo.’”

Penny applies that same energy to his career as a writer, which he says is similar to being an entrepreneur like his forefather. “Everything you kill, you earn,” he says. “It’s not like you’re in a company. It’s just you. You might work on a show, but after you leave that show, you’re just you again.”

Coincidentally, this is where the writer-producer-showrunner is today — reveling in the triumph of “Insecure” as it bows out while considering what he wants to do with his success. As with Rae, as well as her namesake character on the show, it means lifting up others.

But sometimes success can come with its own set of issues and unanticipated criticism ― as we see in this season’s fourth episode, when Issa struggles to accommodate white stakeholders while trying to keep the vision of a local Black artist (Kofi Siriboe) authentic.

Penny knows that fans are invested in Issa’s longtime professional dream that has finally manifested this season. But he and Rae wanted to be truthful about what that achievement entails. “One of the things we wanted to talk about was: What are the problems that come with success? We think we’re just so happy to get there, but it’s also [a] be-careful-what-you-wish-for situation. New levels bring new devils that complicate things.”

It’s a lesson that Penny himself has had to learn. “We have this thing: ′Once we get there, it’ll be fine.′ I used to think that way, because you don’t have a context yet of what that actually means. I’m not saying every person thinks this, but if you’re an actor: ′Oh, I’d love to be at Tom Cruise’s level.′ Well, being Tom Cruise is complicated.”

It’s important for Penny that the same level of sincerity he and Rae put into all other storylines — from what it’s really like to date as a 30-something Black woman in L.A. to the complexity of female friendships — matches what they bring to this new narrative. That’s especially significant with Rae’s character encountering new challenges as she ascends through life.

“We wanted to explore when you’re so close to success, and the compromises you have to make, or the way you think you can get into the system,” Penny says. “If I just do this thing, because the bigger thing is over here. What do I have to do to get to that place?”

Penny no longer grapples with these thoughts himself, but he does spend a lot of time pondering his own legacy — and that of “Insecure.” “I think for me, a big thing is eventually to be able to leave the industry with a stronger pipeline of talent of color than where I found it,” he concludes. “One thing I’m really proud of is getting a lot of directors of color opportunities, breaking some careers and just reinforcing others.”

While Penny was able to promote some of the “Insecure” writers to new positions in the past, he really had to think about how he can support them now that giving them a higher title next season is not an option.

“My big thing was getting them other jobs that they could have on their resume [and] go into their next job,” he says. Just a week before this interview, in fact, he was able to help one of his assistants get his first writer’s assistant position.

“Everybody that was in that writers’ room is a step closer than where they were before they got there,” he says proudly. “The fact that he got his first thing, I felt like, ′OK, the work was done.’”

Netflix’s ‘Uncoupled’ Is The Diverse Queer Sitcom ‘Will & Grace’ Couldn’t Be
Tank Says Prince Once Had Him In A Spellbinding Trance: ‘Prince Looked At Me Once And It Threw Me Off’
What’s Happened Since the Flint Water Crisis?
Solange Knowles Slated To Compose Original Score For New York City Ballet
Missouri Pastor Called His Congregation ‘Broke’ For Not Buying Him A Watch And Then Apologized