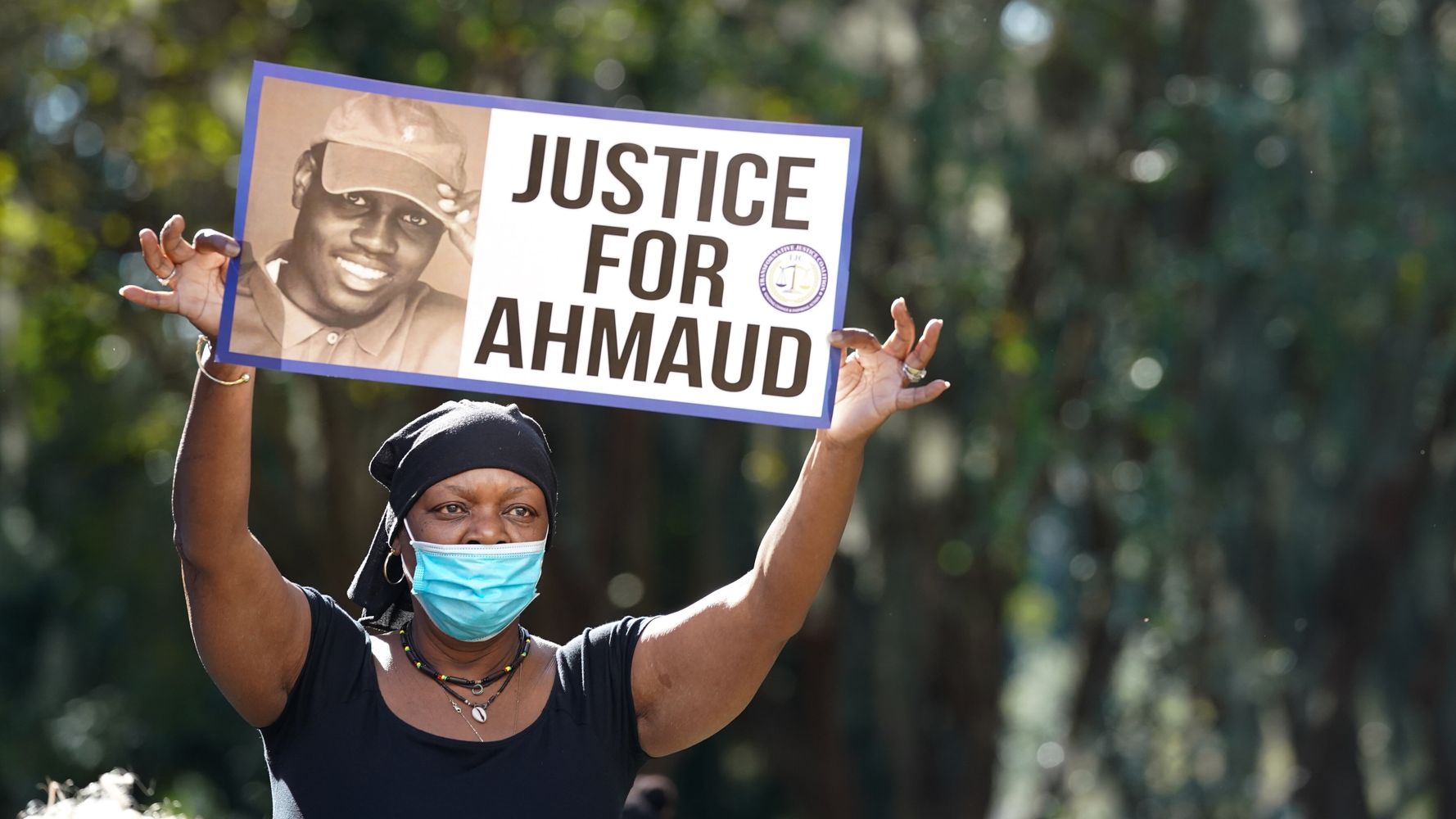 Jurors in the trial of the three white men charged with killing Ahmaud Arbery last year in Georgia heard testimony Thursday from a property owner who said he did not authorize Gregory and Travis McMichael to watch over his construction site, nor was he particularly concerned about theft ― undercutting two of the justifications the defendants have offered for pursuing Arbery and confronting him.

Prosecutors also played security footage from the Brunswick, Georgia, property that showed several people passing through the site, where a house was under construction, in the months before the shooting.

The site has come under scrutiny because Gregory McMichael and his son Travis, two of the three defendants in the murder trial, made several 911 calls about alleged robberies in the neighborhood, including at least one call regarding the site on Feb. 23, 2020, the day Arbery was killed.

The McMichaels and William “Roddie” Bryan, the man who filmed the shooting, all face charges of malice murder, felony murder, aggravated assault, kidnapping and criminal attempt to commit false imprisonment, as well as federal hate crime charges. Arbery, who was Black, was 25.

Property owner Larry English said in prerecorded testimony that he’d installed cameras after a neighbor told him that “some boys from across the street” were playing in and around the construction site. In his testimony, English said he was more concerned about the boys’ safety than he was about anyone stealing something from the home. He described the construction site as “very dangerous.”

English said repeatedly that the cameras were “about the kids” and their safety, not because of concerns about trespassing or theft. He said that various people had wandered in and out of the construction site, but it did not bother him.

Prosecutors played a 911 call English had made to report a trespasser at the location. On the tape, he describes the person as a “colored guy.” He mentions there are a lot of tools and equipment at the site.

Prosecutor Paul Camarillo asked English what he had hoped emergency services or law enforcement would tell the person.

“I wanted, just hopefully, they would find him and talk to him and tell him not to be there anymore,” English said.

In other 911 calls played for the jury Thursday, English authorized police to check out his property. But English testified that there was only one person, besides law enforcement, whom he gave permission to check out the site: a man who lived nearby who is not any of the defendants charged in Arbery’s killing.

“At any point, did you authorize the McMichaels to confront anyone on your site?” Camarillo asked English.

English also told Camarillo that he never authorized the McMichaels to go on his property.

Jurors then saw security footage from the day Arbery was shot to death. English said the video shows that all the items that were at the site in the previous days were still there.

“At this point, to your knowledge, had anything ever been taken or disturbed?” Camarillo asked.

Aside from English’s deposition, controversy was ignited when defense attorney Kevin Gough criticized the presence of Black pastors at the trial.

“Obviously, there is so many pastors they can have. And if their pastor is Al Sharpton, that is fine. But we don’t want any more Black pastors coming in here ― Jesse Jackson, whoever was in here, sitting with the victim’s family trying to influence the jury in this case,” Gough said.

Judge Timothy Walmsley shot down Gough’s complaint. He said would not stop the public from entering the courtroom.

“If individuals, based on the limitations we have in the courtroom, end up sitting in the courtroom and they can do so respectful of the court’s process and in compliance with this court’s orders with regard to the conduct of the trial, and they are not a distraction, I am not going to do anything about it,” Walmsley said.

Speaking on Defense Attorney Kevin Gough’s objection to my presence at the #AhmaudArbery trial in Brunswick, Georgia. #MSNBC#RachelMaddowShow#McMichaelBryanTrial pic.twitter.com/zbfyZhXnaa

Sharpton responded with a statement Thursday, saying his presence was “not disruptive” and it was at the invitation of the family of Arbery. Sharpton called Gough “arrogant” in his demand that he and other Black pastors not be allowed to attend the trial.