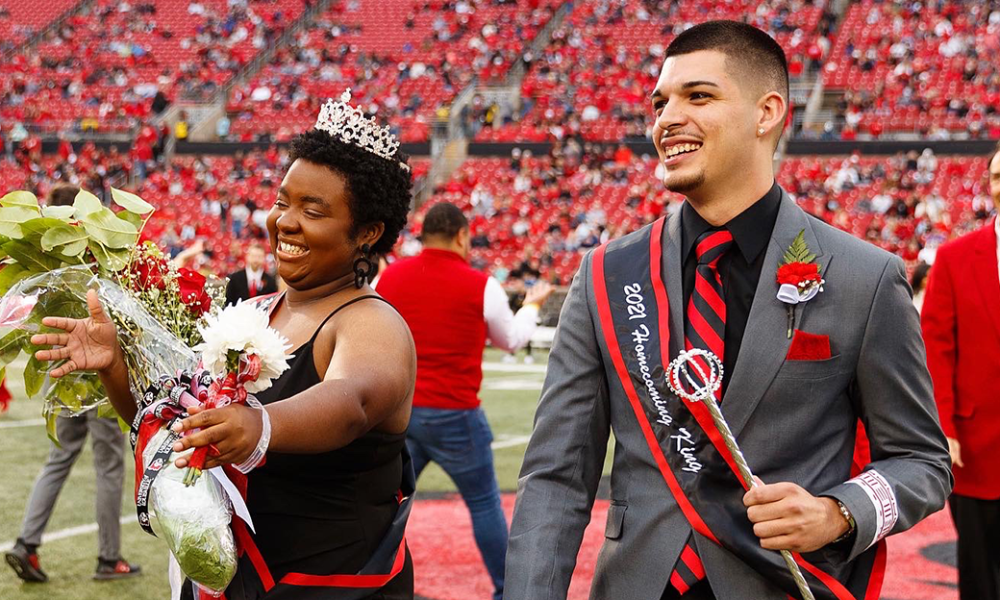 Another FIRST for the brothers of Alpha Phi Alpha Fraternity Inc.!

David Echeverria a member of Alpha Phi Alpha was just crowned Homecoming King at the University of Louisville, making him the first Latino to wear the crown in the history of the university.

Echeverria is a Spring 2019 initiate of the Alpha Pi Chapter of Alpha Phi Alpha and currently serves as the president of the chapter. In addition to being active as an Alpha on campus he has also served as the President of the Latinx Student Union and President of the MLK Scholars program in his time at UofL.

Echeverria takes the crown alongside Homecoming Queen, Ugonna Okorie, who is the Student Body President.

In a great turn of events, his fellow frat brother, the 2017 homecoming king, was able to be there to pass the torch to Echeverría as the 2021 Homecoming King.

According to the Alpha Pi Chapter, for the last six years in a row, members of their chapter have been named in the Top 5 Homecoming candidates, with winners in 2016, 2017, and now 2021.

The 5 Biggest Controversies Surrounding Beyoncé’s Renaissance Album
Opening the Digital Door: How Mastercard’s Latest Initiatives Are Helping Small Businesses Grow & Benefit From Their Digital Presence
How Serena Williams Decided To Retire Is A Career Lesson For Us All On How To Move On
Kim Potter Apologizes to Daunte Wright’s Family, ‘I Hurt You So Badly’
The Spring 2002 Deltas From Spelman Did This STUNNING Photoshoot in Costa Rica to Celebrate Their 20th DELTAversary