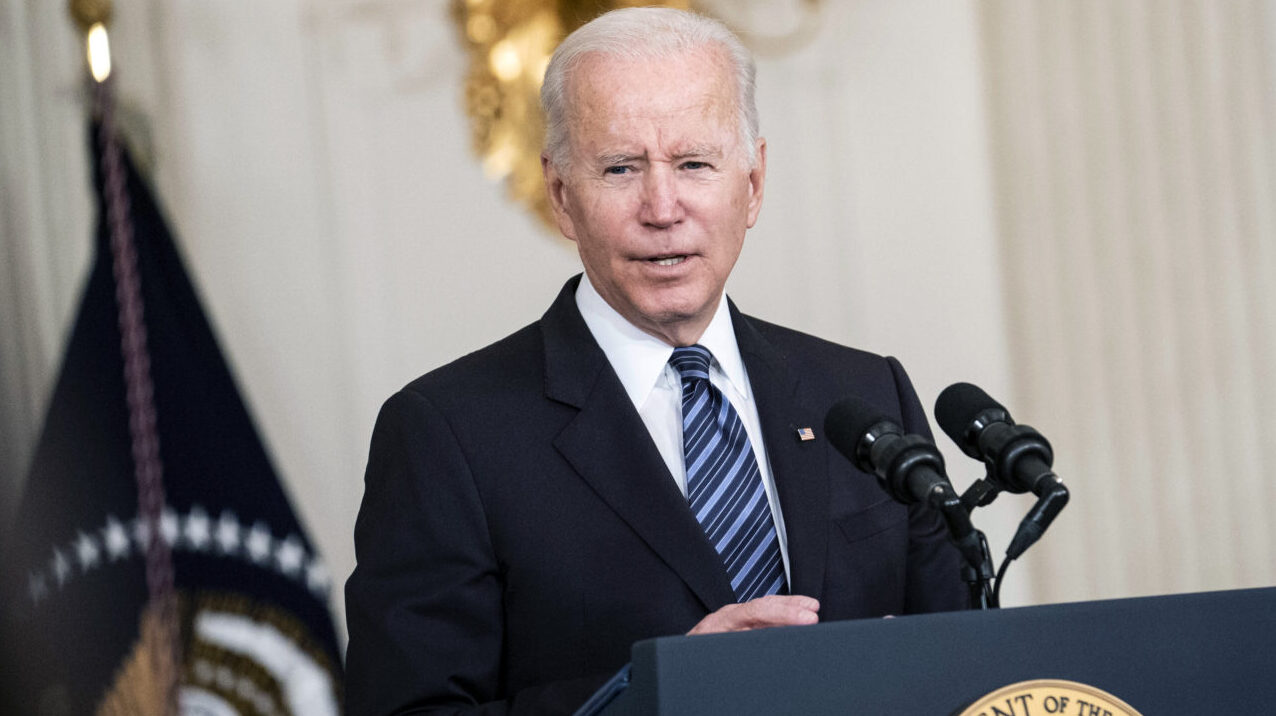 The White House and members U.S. Congress have been dropping hints that they are nearing a deal on the Build Back Better (BBB) infrastructure spending plan. But both the money and what is considered to be ‘infrastructure’ remain sticking points even as Biden officials say both will positively impact Black America.

Democratic U.S. Congresswoman Alexander Ocasio-Cortez of New York exclusively told theGrio on Capitol Hill, “It’s unfortunate how much, sometimes, provisions for our Black communities get trimmed back along with so many other provisions for people of color.”

“But I do think that there are a lot of exciting investments here,” she added. “We had those initial expansions for Black farmers in the original [American Rescue Plan]. But as we’ve seen, there’s been so much pushback on that and [we] continue to push for that. [It] is super important.”

Senior officials at the White House, including White House Domestic Policy Director Susan Rice, have highlighted that Black farmers will see some funding from BBB.

Rice, who previously served as an advisor to former president Barack Obama, contends that Black farmers are earmarked for $6 billion.

The farmers, almost 49,000, were a major support to then-presidential candidate Joe Biden in many of the southern states that are typically red. The line item for Black farmers is an effort to address long-standing inequities in agriculture.

The Department of Agriculture has over the decades had to pay out settlement money to Black farmers since the Bill Clinton administration due to discrimination from USDA loan programs. Meanwhile, the numbers of Black farmers have dwindled over the decades in part due to lack of equal access to money and programs offered by the USDA.

According to Susan Rice, this and several issues impacting Black America have major standing throughout these bills.

Rice asserts that the BBB also has money to prevent and respond to gun crime. Those crimes are linked to gun homicide where Black men make up more than 50% of the deaths. The statistics highlight a major disparity, considering Black men make up only 6% of the population.

In an attempt to resolve this issue, the Biden administration has budgeted items earmarked to target gun-related crime in Black communities. “The package puts funding into evidenced-based community violence prevention programs,” Rice said.

Additionally, the largest investment in clean drinking water is included in the BBB framework. Environmental Protection Agency Administrator Michael Regan told theGrio, “There’s a ton of money in there — $55 billion for water infrastructure — with a significant portion of that going to the remediation of lead pipes in this country.”

“That’s about six to 10 million lead pipes that are mostly located in Black and Brown communities. That’s going to be very significant. About $5 billion focused on cleaning up contaminated sites like gas stations [and] old warehouses that have housed chemicals,” Reagan added.

“There’s a direct correlation to the infrastructure dollars that goes to remediating pollution in water and land,” said Regan. “The President has a Justice40 initiative. And essentially, that’s setting up a structure so that for across all government agencies 40% of all of the federal spending that goes into environmental justice, communities will stay there and be invested in not only pollution, remediation, or pollution cleanup [in marginalized communities], but also economic development and job growth and job creation as well.”

Another campaign promise and something that was a project of then Senator Kamala Harris is addressing maternal health, which will see $3 billion in funding from BBB The billions will be focused on maternal health for Black women who disproportionately die from pregnancy complications. Currently the rate of Black women who die in pregnancy is three times the rate of White women.

Based on what has been proposed in newly-released Congressional text, public housing will see $10 billion in capital funds, $66.5 billion for priority investment determined by Housing and Urban Development Secretary Marcia Fudge to repair, replace and construct properties, $2.75 billion for competitive grants that go toward transforming, rehabbing and replacing public housing.

HBCUs, along with other minority-serving institutions, will get $300 million to modernize academic research facilities and an additional $700 million for research activities and related activities. This is not all of the funding that will be allocated to HBCUs, according to officials.

“The plan to be of assistance to HBCUs is untouched. We know information got out that they’ve been pulled out. But that really is not true,” Democratic Congresswoman Eddie Bernice Johnson of Texas exclusively told theGrio. “In the 29 years that I’ve been here on this committee, [that] I chair every term, I have put something for HBCUs.”

The funding impacting research at HBCUs was specifically earmarked through Johnson’s committee, the House Committee on Science, Space, and Technology.

Black families are also 9% less likely to have access to high-speed internet. There is a $65 billion effort to erase the broadband deficit between those who have access and those who do not — which typically end up being Black and minority communities.

Additionally for families, Susan Rice contends that President Biden’s BBB agenda cuts child poverty in half. As it stands, 22.1% of Black people fall below the poverty line. The bill will extend the expanded child tax credit providing a major tax cut to nearly 3 million Black people and will cut the Black poverty rate by 34% and the child poverty rate by nearly half.

It is important to focus on the research aspect of the funding because it has been heavily conflated in the last month.

Democratic West Virginia Senator Joe Manchin is once again holding up the works on the Build Back Better plan. Manchin, along with Senator Kyrsten Sinema of Arizona has objected to several provisions in the bill and caused Democrats to slash the initial $3.5 trillion to the now $1.75 trillion. Manchin said the issue of paid family leave, for example, “does not belong in the spending package.”

A review from the U.S. Department of Labor estimates that Black mothers saw the “largest absolute gain” from taking paid family leave.

Will Smith Understands If You Don’t Want To See His Latest Film
After A Year, Miami Man Is Arrested For Murder Of Woman Who Attempted To Catch Him With Stripper
Joe Biden Can Confirm Even More Judges If Democrats Win Georgia’s Senate Race
Marsai Martin Unfazed By Criticism Of Her Savage X Fenty Show Spotlight
Woman Found Dismembered With Missing Organs After Flying To Peru To Meet Online Love