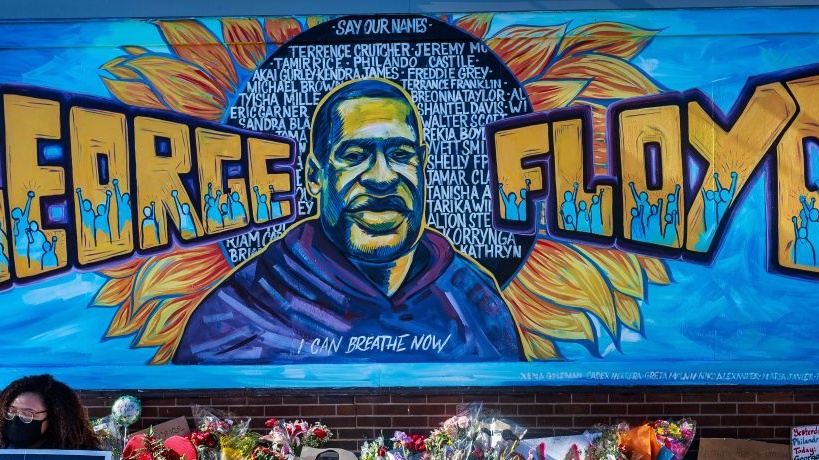 Four South Carolina high school students won’t be allowed to continue the remainder of their academic year after sharing a displeasing video mocking the killing of George Floyd.

According to NBC News, students from White Knoll High School reenacted the death of Floyd on video. The less-than-10-second video was posted on popular app TikTok, but was later removed.

Floyd died of asphyxiation back in 2020 after former police officer Derek Chauvin knelt on his neck for several minutes, The New York Times reports. His death ignited global protests that dominated the summer of 2020.

Chauvin was later convicted and found guilty of second-degree unintentional murder, third-degree murder and second-degree manslaughter and received a sentence of 22 and a half years.

The clip appeared to show a student dressed in a police uniform positioning his knee on the neck of another student while on the ground. The second student was seen handcuffed and shaking as the camera zoomed out.

According to Change.org, White Knoll student Arielis Rivera created a petition addressing the distasteful mockery, saying, “As many of you know [four] students posted a TikTok recreating and mocking the event of George Floyd’s death. No matter your opinion on George Floyd himself we can agree that mocking his death is immoral, racist and wrong.”

Rivera encouraged her schoolmates to campaign for the proper handling of the incident by communicating with the school’s principal and school board of Lexington School District One.

Lexington School District One Superintendent Dr. Greg Little sent a letter to the staff and families saying, “Racism, in any form, will not be tolerated by our students or staff and will be addressed immediately.”

The Lexington County Community Mental Health Center will be working with White Knoll students and providing emotional support in the aftermath, Newsweek reports.

Black Aunties Got Downright Ruthless Rating Bland-As-White-Folks Potato Salad
Chris Rock Has No Real Interest In Talking With Will Smith, Sources Say
Tyler Perry Buried Bibles Underneath Sound Stages At His Studio To Refocus ‘The Spirit Of The Place’
Serena Williams’ Daughter Hilariously Hot Dogs It In Soccer Video
Were Lizzo And Beyoncé Afforded The Consideration Of Lyrical Context?