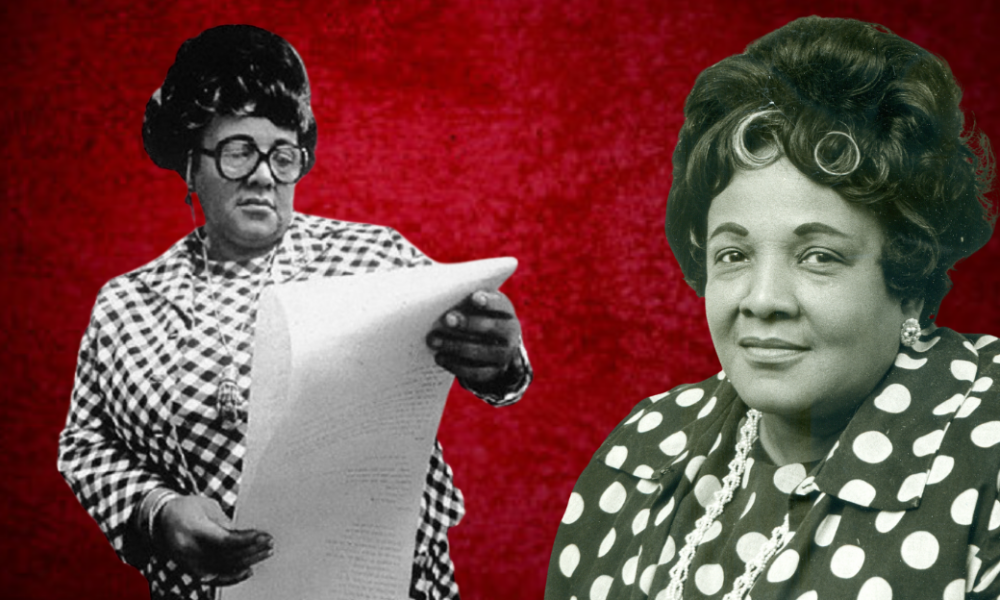 Did you know that Ethel L. Payne, known to many as the “First Lady of Black Press,” was an honorary member of Delta Sigma Theta Sorority, Inc.?

On August 14, 1911, Ethel Lois Payne was born to William A. Payne, a Pullman’s porter, and Bessie Austin, an educator, on Chicago’s southside. According to Payne, her mother typically entertained her and her five siblings by taking them to the library and reading stories aloud to them at home. It was during these formative years of her upbringing that she developed a love for writing.

Educated in the Chicago public schools, Payne was a high achieving student receiving high marks in all her courses. After graduating from high school, she attended Crane Community College and the Chicago Training School for City, Home, and Foreign Missions. During the early 1940s, Payne worked as a library clerk for the Chicago public library system and enrolled in writing courses at Northwestern’s Medill School of Journalism.

After seeing an advertisement for employment abroad in Tokyo, Japan, with the U.S. Army Special Services Agency in 1948, an eager Payne applied and received the job. In 1950 while in Tokyo, she met Alex Wilson, a journalist for the Chicago Defender (a prominent nationwide Black newspaper). After Wilson and Payne’s meeting, the Defender acquired Payne’s daily journal and published several articles based on Payne’s experience abroad. The Defender was particularly interested in Payne’s observations of the continued segregation practices carried out by the U.S. Army despite President Truman’s 1948 desegregation order for the armed forces.

In 1951, Payne moved back to Chicago to work for the Defender. By 1953, she headed the paper’s Washington, D.C. office. During this period, her work focused on the unfolding political events of the Civil Rights Movement. She worked at the Defender until 1978, rising to the ranks of the paper’s Associate Editor. Payne covered events from the Montgomery Bus Boycott to the 1963 March on Washington to the Vietnam War. In 1972, she became the first Black woman radio and television commentator on a national network.

Ethel Payne’s extensive career in journalism spanned over 30 years and earned her the coveted title of First Lady of the Black Press. Yet, she was met with several obstacles in her professional career. She encountered both racial and gendered prejudice. In 1978, after being fired from the Defender, she noted that her boss “John [Sengstacke] has his hang-ups, and he has problems, particularly with women.” A Black newspaperman from Baltimore mentioned that John Sengstacke attempted to blackball Payne. Still, he insisted “our readers love Ethel Payne” and that his newspaper would continue to solicit her syndicated columns.

In 1973, at the 37th National Convention of Delta Sigma Theta in Atlanta, Payne was initiated into the sorority as an Honorary member. She joined Delta alongside poet Nikki Giovanni, civil rights activist Unita Blackwell, and actress Ruby Dee. An active member of Delta, she served on the sorority’s national publicity committee and was a frequent speaker at national conventions, among other events. In 1979, Payne received a grant from Delta to study Historically Black Colleges, resulting in the publication of “Roots, Rewards, Renewal.”

On May 28, 1991, at the age of 79, Payne died of a heart attack in Washington, D.C. In 2002 she was honored with a U.S. postage stamp alongside three other distinguished women in journalism.

At present, Payne is buried in an unmarked gravesite in Glenwood cemetery. Historian Tammy Gibson and Payne’s niece are raising funds to purchase a headstone; If you are interested in supporting their efforts CLICK HERE.

About the author: Marquis Taylor a graduate of at Howard University currently pursuing a Masters at Northwestern University. In the spring of 2018, Taylor was initiated into Alpha Phi Alpha Fraternity, Incorporated’s Beta Chapter.

Watson, Jamal E. “Ethel Payne: The First Lady of the Black Press: Black Journalism and its Advocacy Role from 1954–1991.” Order No. 3545996, University of Massachusetts Amherst, 2012. http://turing.library.northwestern.edu/login?url=https://www.proquest.com/dissertations-theses/ethel-payne-first-lady-black-press-journalism/docview/1240670684/se-2?accountid=12861.