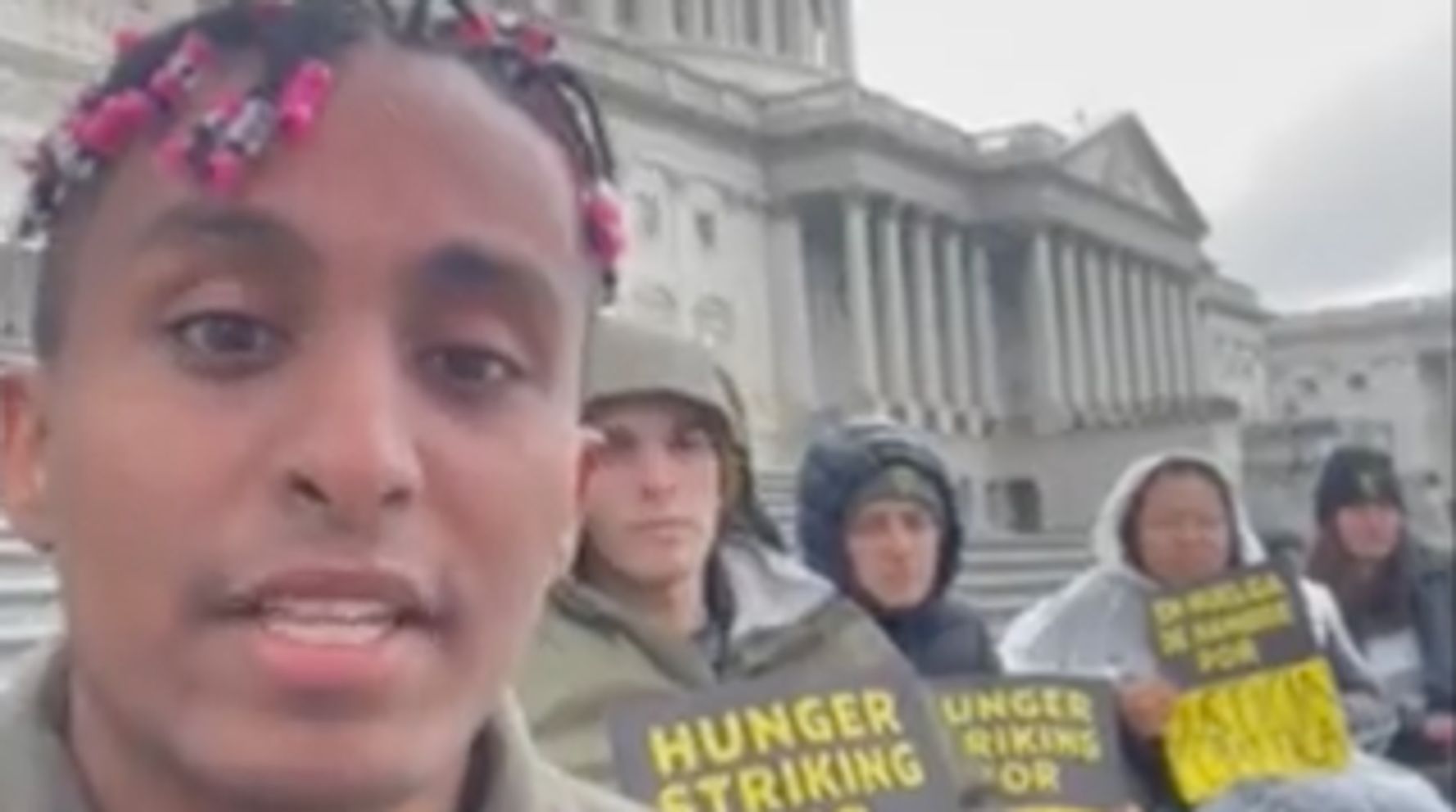 Young climate activists with the Sunrise Movement ended a two-week-long hunger strike on Tuesday, pledging to continue their fight by bringing their “fire” to Democratic Sen. Joe Manchin.

In a video posted to Twitter, the activists — Kidus Girma, 26, Ema Govea, 18, Julia Paramo, 24, and Abby Leedy, 20 — announced the end to a hunger strike they started on Oct. 20, meant to pressure President Joe Biden and other U.S. government leaders to take stronger action to avert the worst of the climate crisis.

Another activist, Paul Campion, 24, ended his strike earlier this week after being sent to the hospital and diagnosed with bradycardia, which develops when one’s heartbeat falls to an abnormally slow rate and can be life-threatening.

In their post, the activists noted Biden’s pledge at the global climate summit COP26 to cut fossil fuel emissions in the U.S. in half by 2030 — a promise he’d publicly made months ago.

“We are ending our hunger strike to bring the fire to Joe Manchin and other folks in Congress that are more willing to fight for oil and gas billionaires and not for the young people and their communities,” Girma said in the video.

14 days ago, we stopped eating. We told @POTUS that our survival depended on his commitment to climate action.

Today, we end our strike. But our survival still depends on Joe Biden and other Democrats like him. pic.twitter.com/ZQlsy4BdA8

Manchin, the Democratic senator from West Virginia, has been an obstacle to several of Biden’s and progressive lawmakers’ more ambitious proposals for the Build Back Better spending package.

Manchin, whose home state and personal wealth rely on the coal industry, effectively blocked the president’s clean electricity program, which would pay power companies to replace coal and gas plants with renewables, retrofit them with carbon-capture technology, or pay fines.

Late last week, Biden announced a compromise that Democrats had reached on the spending bill, which would make historic climate investments — but the legislation would still fall far short of what experts say is needed to keep global warming from reaching catastrophic levels.

The hunger strike was extremely physically demanding on the young activists. When HuffPost spoke to Leedy last week, she said they had a lot of fatigue, stomach pain, and muscle and joint aches. Outside the White House, they sat in wheelchairs because they could not walk for long without the risk of falling or fainting from weakness.

Last week, Girma was hospitalized overnight for nausea, dizziness and blurred vision but then returned to the strike.

The Sunrise Movement did not immediately respond to requests for comment.

The activists are calling for people to gather for a climate protest on Thursday in Washington, D.C.