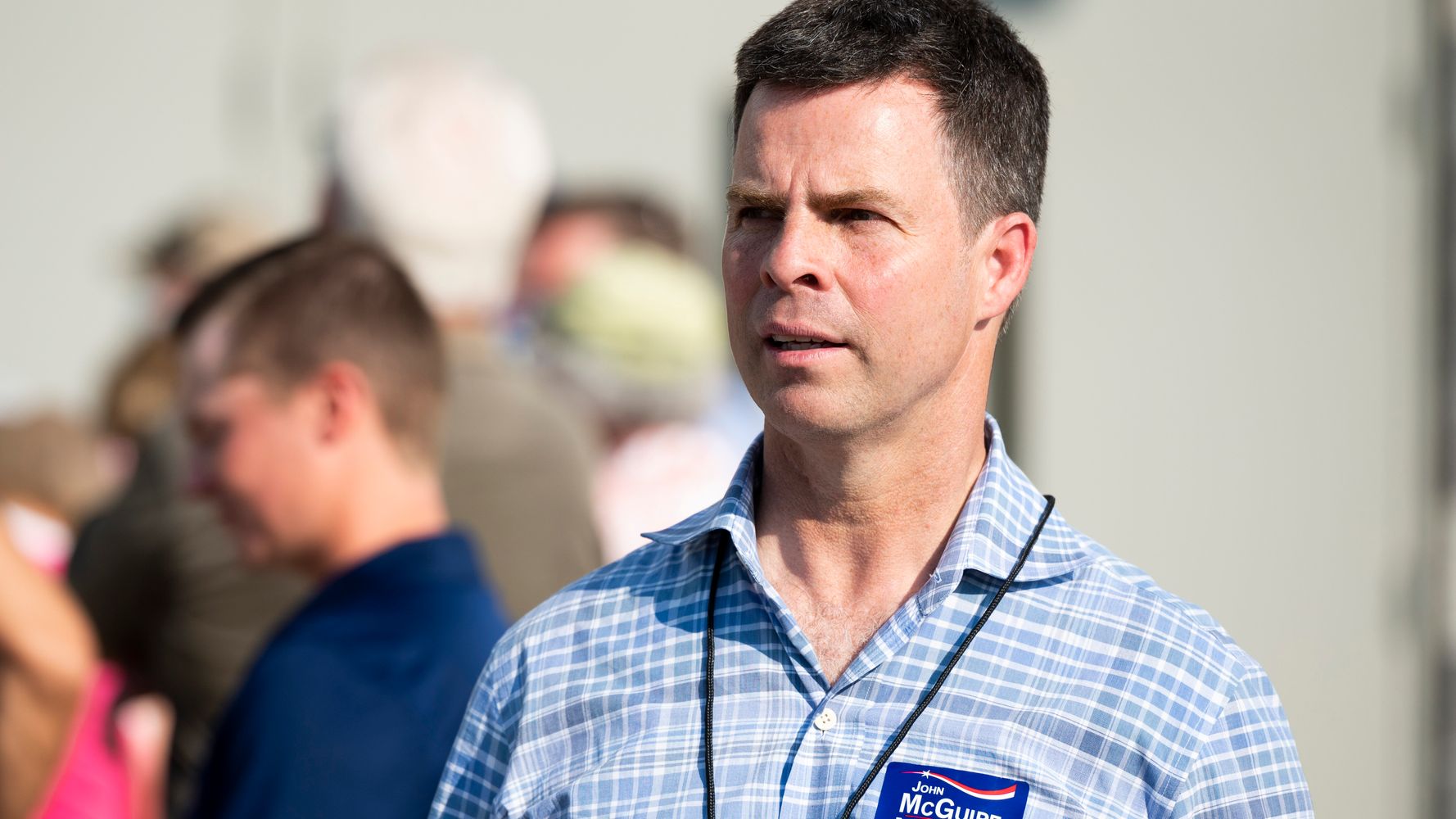 At least seven Republicans who attended the Jan. 6 rally in Washington, D.C., that turned into a deadly insurrection were elected to office Tuesday.

Three were elected to state legislatures, and four won positions at the local level.

Although most have claimed they didn’t breach the U.S. Capitol on that day, all were participants in the demonstration leading up to the attack, standing alongside extremists to take part in the finale of a months-long anti-democratic campaign to falsely claim that then-President Donald Trump hadn’t really lost the 2020 election.

Their victories on Tuesday are a possible sign of things to come: HuffPost previously identified at 57 state and local GOP officials who attended the Jan. 6 rally, many of whom will be up for reelection — and will likely keep office — next year.

That these candidates enjoy the support of the wider Republican Party and are winning elections does not bode well for American democracy, showing that one of the country’s major political parties, despite some initial gestures at being horrified by the events of Jan. 6, is almost completely unrepentant over its role in fomenting the historic attack on the Capitol.

Among the Jan. 6 attendees who won office on Tuesday were two Republicans reelected to the Virginia House of Delegates: Dave LaRock and John McGuire.

Earlier this year LaRock, responding to criticism from a Black elected official about his role in the insurrection, said the official should focus on “the needs of the colored community.” (He later apologized for the comment.)

McGuire won his seat despite his Democratic opponent unearthing a photo showing him standing near men in paramilitary gear confronting police on Jan. 6. McGuire had previously claimed he hadn’t heard of the violence at the U.S. Capitol until returning home. The news, he said, had “shocked and horrified” him.

Marie March, a restaurant owner who bragged in a campaign advertisement about her attendance at the Jan. 6 “Stop the Steal” rally and who in a since-deleted Facebook post warned of a “coming Civil War” in which she would be willing to “fight and die” for both her “family” and “small businesses,” also won a seat in the Virginia House of Delegates on Tuesday.

In city councils across the country, Jan. 6 rally attendee Natalie Jangula won a seat in Nampa, Idaho, and Christine Ead, who did not enter the Capitol building and later wrote a Facebook post falsely blaming the violence on “ANTIFA and other anarchists,” won a seat in Watchung, New Jersey.

Susan Soloway, who helped organized a bus to transport Trump supporters to the Jan. 6 rally, won reelection to the Hunterdon County, New Jersey, Board of Directors. Soloway attended the rally and later posted on Facebook a selfie outside of the Capitol, which she later deleted. She claims not to have entered the building, and to have turned over footage she took at the riot to the FBI.

In Braintree, Massachusetts, a former high school teacher who resigned his position after local activists sent a photo of him outside the Capitol on Jan. 6 to the FBI, won a seat on the local school committee. Matthew Lynch received the second most votes in the six-candidate race for three open school committee seats. He told Patch earlier this year that the FBI has visited him twice since Jan. 6, but did not elaborate on what occurred during those interviews. In his correspondence with Patch, he accused the activists of “slandering me as a domestic terrorist,” and called them a “digital Lynch mob.” It’s unclear if he breached the Capitol building.

At least two races involving Jan. 6 attendees are still undecided. Charles Ausberger is still waiting to hear whether he’s won a seat on the city council of Mansfield, Connecticut, and Monica Manthey is still awaiting results in her race to join the Annapolis, Maryland, city council.

“I’m not a crazy insurrectionist person,” Manthey, who attended the rally but claimed she didn’t enter the Capitol building on Jan. 6, insisted to HuffPost on Wednesday morning. Asked if the riot made her rethink her support of Trump, Manthey replied: “I never rethought my support.”

Elsewhere across the country, at least five Jan. 6 attendees were defeated at the ballot box. In Virginia, two candidates — Maureen Brody and Phillp Hamilton — lost their bids to join the House of Delegates.

Steve Lynch, who pushed debunked conspiracy theories that the siege of the Capitol was a false flag event carried out by leftists, lost his race for county executive in Northampton County, Pennsylvania.

Incumbent T.J. Onerlaw, who said he got “pretty darn close to where the door is” at the Capitol but was unaware until later that night that anyone had breached the building, was defeated in his quest for another term in the Mason, Ohio, city council.

And Edward Durfee Jr., a member of the far-right militia the Oath Keepers, a group heavily implicated in the violence on Jan. 6, lost a race for a seat in the New Jersey General Assembly. Durfee, who previously told BuzzFeed News he did not storm the Capitol but was working as security for the Oath Keepers, currently heads up the Republican Party in Northvale, New Jersey.

Texas Sheriff’s Officer Who Killed Roderick Brooks Had History Of Suspensions, Discipline
Kansas Abortion Nightmare Isn’t Over Yet: Extremist Kris Kobach Running For State AG
NBA’s Royce O’Neale Plays So Hard Against His Mom That He Fakes Her To The Floor
It Appears Frank Ocean Is Selling A $25,000, Diamond-Encrusted Sex Toy
Pessimism vs. Optimism | Big Facts Friday