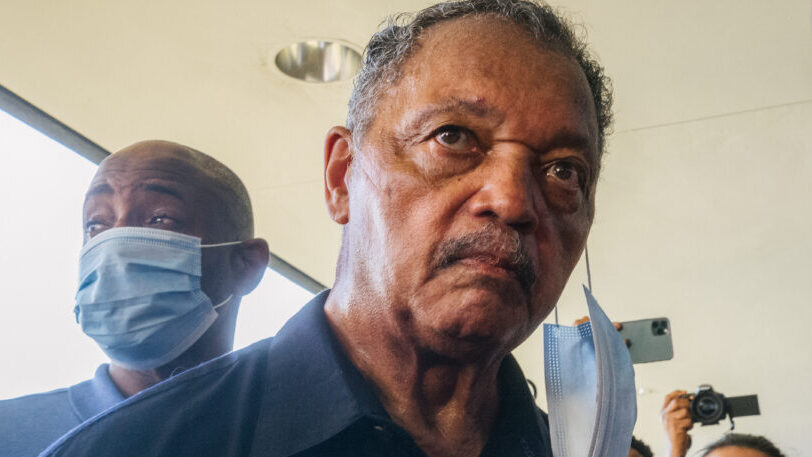 Following the meeting, Rev. Jackson returned to the Blackburn Center to update students on the progress made with the administration. Moments before the activist could get a full play by play, Jackson fell and cut his head. The 80-year-old civil rights icon was rushed to the hospital by his team to receive care for the wound and check for any other injuries.

“He knows there is something bigger here, something bigger than all of us,” Raegen Carter, National media director and manager of communications for The Live Movement, a national HBCU coalition, told theGrio. 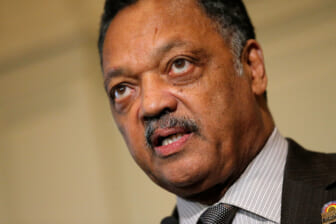 TheGrio observed Jackson attempt to soldier on with students and discuss the meeting, but both his team and the leaders of the demonstration pushed Jackson to seek medical attention and return when he was cleared by doctors.

On Monday night, Santita Jackson, Jackson’s daughter, retweeted theGrio’s reporting about her father’s accident and assured the public that he is “resting comfortably.”

“Family, he’s resting comfortably & doing well: we thank u 4 ur prayers! Fighting 4 u is what he’ll always do. His goal is 2 ensure the well-being of@HowardU students: #MissionAccomplished,” she tweeted.

Student activists organizing the Blackburn Takeover said the agreement Rev. Jesse Jackson obtained is a start but still does not meet their demands.

The protestors are entering their third week contesting housing and financial conditions. On the 19th day of the protest, Rev. Jackson joined students on campus with civil rights giants Rev. William Barber and Rev. Mark Thompson. Their presence on the campus highlights the severity of the students’ movement.

Rev. Jackson wields a significant amount of influence globally. For this reason, he has reached out to Howard University’s president, Dr. Wayne A. I. Frederick.

TheGrio was on the scene with organizers of the Blackburn Takeover as Jesse Jackson and Frederick met to discuss the students’ growing concerns that has been described as a campus in shambles and an administration meeting the challenge with deaf ears.

Since the onset of the protests in October, students have called for a conversation with Frederick. Despite pressure from students, parents, alumni, elected officials and activists, Frederick has yet to engage directly with those held up in tents and the Blackburn Center. Leaders of the demonstration have called for Frederick to resign if he is unable to listen to students concerns and follow up when they reach out to him in the future.

“If this listening is a one time thing, just a deal for silence, then obviously he’s not interested in serving the students,” Channing Hill, president of Howard University’s NAACP chapter told TheGrio.

More than 100 students have joined the movement and have opted to take their chance outside as the seasons change and chilled weather rolls over Washington.

In addition to the physical risks, student demonstrations face suspension, expulsion, and possible loss of scholarships due to charges from administration that campus property has been harmed during the course of the mass dwelling in Blackburn.

Organizers of the protests told theGrio every second of their efforts have been worth it.

“I’m very affirmed in this protest,” Hill emphasized. “It was definitely worth it.”

The issues highlighted on the Hilltop have trickled down to other Historically Black Colleges and Universities (HBCUs). Thus far Spelman College, Morehouse College, Clark-Atlanta University and Morris Brown College have joined in the fight to improve campus conditions respectively.