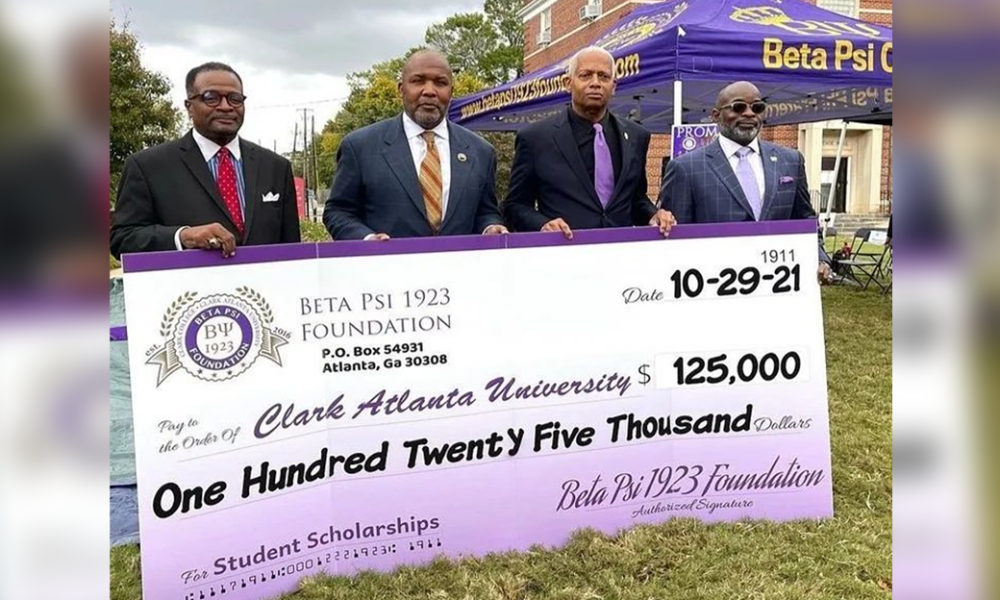 The Beta Psi 1923 Foundation made up of members of Omega Psi Phi Fraternity, Inc. proved that they are putting their money where their mouth is when it comes to supporting HBCUs when they recently made another huge donation to Clark Atlanta University.

“In 2018, the Beta Psi 1923 Foundation made a pledge to donate $100,000 over a 5-year period. On December 13, 2020 the Foundation fulfilled its initial commitment to the university 3-years earlier than promised,” the foundation stated in an Instagram post. “The amazing aspect of this testimony is that the $100,000 was raised by the generosity of only 89 donors!!! A Promise Made…a promise kept!!”

Since making their initial pledge, the foundation has gone on to donate more than a $250,000 to CAU that has fully funded the Dr. Moses C. Norman, Sr. Endowment as well as funded direct scholarships to CAU students.

We at Watch The Yard would like to commend the brothers as well as the Beta Psi 1923 Foundation. Supporting our HBCUs is something that extremely important and these brothers are making a huge difference.