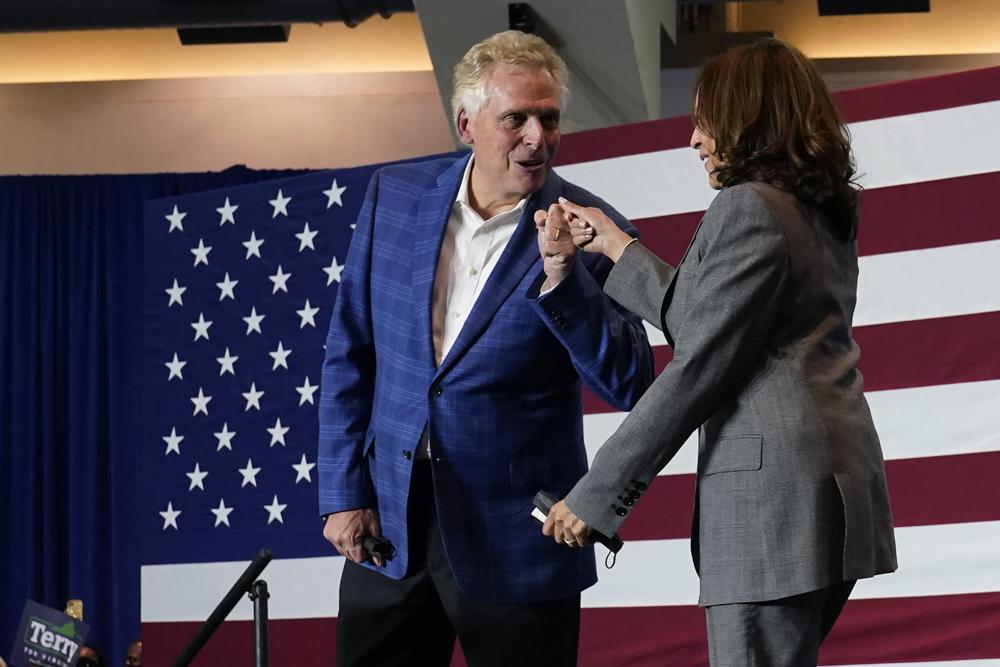 For four years, nothing rallied Democrats like the push to get Donald Trump out of office. Now, they’re not sure what to do without him.

Democrats in Virginia are scrambling to stave off disaster in the state’s governor’s race — the most competitive major election since Trump left the White House. The surprisingly tight contest has exposed the depth of the party’s dependence on Trump as a message and motivator. Without him top of mind for many, and with headwinds from Washington, Democratic officials privately fear they may lose their first statewide election in Virginia in more than a decade on Tuesday.

Public polling has been shifting in Republican newcomer Glenn Youngkin’s direction in recent weeks, while Democrat Terry McAuliffe, a former governor and close ally of President Joe Biden, has struggled to energize his base as Biden’s approval ratings sink. Republicans, consumed by infighting and crisis while Trump was in office, are suddenly optimistic they can win in a state Trump lost by 10 percentage points last year.

“Virginia is a very blue state — I do not consider Virginia a purple state — so the fact that we’re this competitive speaks volumes about the state of our country and the popularity of Biden,” said Republican National Committee Chair Ronna McDaniel.

A loss in the Virginia governor’s race, long considered a bellwether for midterm elections, would trigger all-out panic among Democrats far beyond Virginia. The party is already wary about their chances in elections that will decide control of the House and Senate and statehouses next year.

Jaime Harrison, chair of the Democratic National Committee, acknowledged a McAuliffe loss would be a “doomsday” scenario. But he argued that Virginia Democrats would show up and pull off a win for McAuliffe.

“I’m not running around with my hair on fire, not at this point,” he said.

Regardless of the outcome, the race will be picked over for clues about what resonated with voters — and what didn’t.

The politics surrounding Trump, who left office more than nine months ago, remain complicated. McAuliffe’s team believes he remains very unpopular among the Democratic base, independents and even some moderate Republicans in Virginia. As such, he should be a good motivator for McAuliffe’s coalition. But Trump’s absence from the spotlight, combined with voter fatigue and the lingering pandemic, seems to have diluted anti-Trump passions — at least for now.

Still, McAuliffe spent the vast majority of his record fundraising haul warning voters that his opponent, who was endorsed by Trump but kept his distance from him, is a “Trump wannabe.” McAuliffe’s closing TV ads featured footage from the Jan. 6 Capitol insurrection led by Trump supporters who believed the former president’s lies about a “stolen election.”

Youngkin created the opening for those attacks when he made “election integrity” the centerpiece of his run during the nomination contest and declined to say Biden was legitimately elected until after he locked up the nomination. Youngkin has shown a “disqualifying lack of leadership,” said Democratic U.S. Rep. Abigail Spanberger, defending McAuliffe’s decision to elevate the issue.

“We can’t forget — and I certainly will never forget — that we had an insurrection on Jan. 6 at the nation’s Capitol,” she said. “Literally, people beat police officers with American flags under this notion of a lie that the former president spewed and people with loud voices, elected officials, propagated.”

“I think it backfires because I think that gets the base to come out and vote,” Trump said, noting that he has endorsed Youngkin “strongly.” “I think if my base doesn’t come out he can’t win. I think my base has to come out very strong.”

Meanwhile, Youngkin has not played the part of an angry Trump loyalist.

A former private equity executive who often dodges questions on thorny policy issues, Youngkin devoted more than $20 million of his personal fortune to a monthslong advertising campaign defining himself as an affable, suburban dad in a fleece vest. He has not campaigned with Trump or any high-profile Republicans, and he told reporters he would not be involved with a Trump telerally on Monday.

To connect with the party’s base, Youngkin seized on conservatives’ frustrations with schools over pandemic policies and race and diversity education. He’s benefited from a network of parent groups, some led by political professionals with ties to the GOP and Trump administration, activated in key suburbs. He ran an ad featuring a mother and GOP activist who eight years ago led an effort to ban Beloved, the Pulitzer Prize-winning novel by Black Nobel laureate Toni Morrison, from classrooms.

History is working against Democrats, who control the legislative and executive branches in Virginia and in Washington. Traditionally, the party that holds the White House almost always loses the Virginia governor’s race. McAuliffe himself was the first in 40 years to break that trend in 2013.

McAuliffe’s team points to Biden’s slipping popularity, which has fallen close to Trump’s levels at this point in his presidency. Meanwhile, the Democratic-led Congress has failed to deliver sweeping campaign promises as negotiations over a massive climate change and social safety net package drag on. This week, Democrats dropped a popular paid family leave proposal, disappointing many Democratic women in Virginia, a critical constituency.

Aside from disappointment, Democrats in Virginia say they’re exhausted.

“We’ve had four years of being on high alert, coming out of COVID, coming out of a lockdown. I think people were just living their lives and didn’t want to think about an election,” said state Sen. Jennifer McClellan, who ran against McAuliffe for the Democratic nomination.

Fairfax County, which voted nearly 70% for Biden and is by far Virginia’s most populous county, grew at a 6% rate to a population of 1.15 million in the last decade. It also became a majority-minority county. Meanwhile, in deep red southwest Virginia and along the state’s southern border, nearly every locality lost population.

The trends, combined with a Democratic shift among suburban Republicans during the Trump era, suggest that Democrats would win easily on Tuesday if only they turn out their supporters. The early voting period, which ends Saturday, did not attract the surge in voters in key areas that Democrats hoped for, however.

A McAuliffe get-out-the-vote event in the conservative southern edge of the state drew only a few dozen people to a church reception hall earlier in the week. One attendee, Martinsville Vice Mayor Jennifer Bowles, said she hopes McAuliffe wins but sees evidence of Trump’s strength where she lives.

“It’s not diminished. If anything, it feels like it’s getting stronger,” Bowles said. “It scares me.”

McAuliffe went after Youngkin and his supporters, telling the crowd: “I cannot tell you how critical this election is. The stakes could not be any more clear. On one side … conspiracy theorists, we’ve got antivaxxers and we got Donald Trump. They’re all on one side.”

Three hours to the north in rural Warrenton, more than 1,000 people attended a rally that featured Youngkin and a handful of state legislators.

“We have Terry on the run,” Youngkin told the electric crowd. “We are gonna sweep Republicans in across this Commonwealth and make a statement that will be heard around the world.”

R. Kelly Sentenced To 30 Years In Prison In Racketeering, Sex Trafficking Case
140 Million Poor People Are Not A Disease. They Are The Result Of Policy Murder.
Why Does the Media Choose to Demonize Black Men?
Where Can You Catch Nathalie Emmanuel In 2022?
Sha’Carri Richardson Flops In First Heat Of U.S. Championships