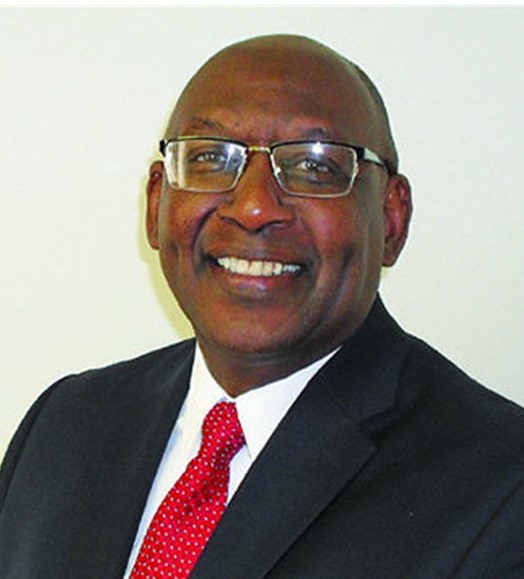 In 1968, Herrington graduated from Butler High School, Hartsville, where he had played baseball, basketball, and football. He was a member of the South Carolina 1968 Triple-A Championship Basketball Team. He then enrolled in Saint Paul’s College in Lawrenceville, where he pledged the Epsilon Gamma Chapter of Omega Psi Phi fraternity in 1970. While still in college he married Brenda Reese, a project manager from Kenbridge, Virginia, on February 6, 1971. Herrington was also the captain of his college tennis team. In 1973 he received a bachelor of arts degree in history.

During his professional career Herrington practiced law in both public and private arenas. He served as a trial attorney for both the Occupational Safety and Health Administration (OSHA) and Lee and Harvey, both in Washington, D.C.; and as senior trial attorney for Brown, Brown, and Brown, Alexandria, Virginia. In 2007, he was named vice president for institutional advancement and director of admissions at Saint Paul’s College, a post he held until 2013.

In 2014, Herrington became the mayor of Lawrenceville. He served the residents of the town until his term ended in 2018. During his tenure, he supported early childhood education and established the “Mayor’s Pre-K Book Club,” which earned the Virginia Municipal League (VML) “Stairway to Success” statewide award. Herrington also advocated for children and education by encouraging students to participate in the VML “If I Were Mayor” Essay Contest. In addition, he revived the local farmers market, established a community wellness committee, and brought multiple health-related events to the community. He was also instrumental in bringing the first Remote Area Medical (RAM) clinic to the region, which provides medical services to residents of impoverished, isolated, and underserved areas.

In 2018, the Lawrenceville Town Council presented William H. Herrington with a resolution for successfully serving the people of Lawrenceville through outstanding leadership and creative abilities for promoting the town as mayor.