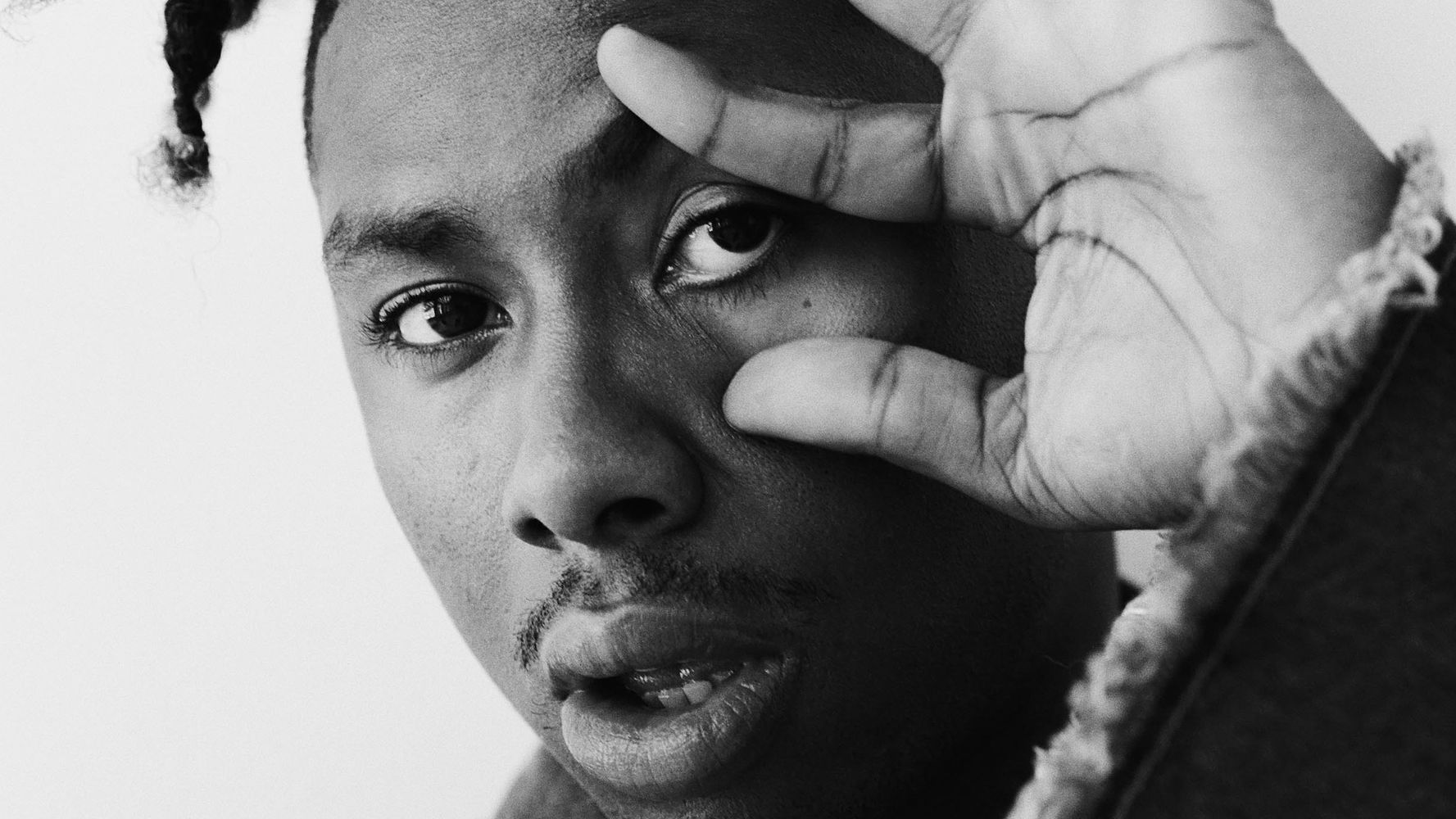 The actor, who grew up rapping over Wu-Tang Clan beats in Philadelphia, is now a breakout star in the hit series based on the rise of the legendary hip-hop group.

“This is a dream come true,” Atoms, who plays the enigmatic Ol’ Dirty Bastard in Hulu’s Wu-Tang: An American Saga, told HuffPost. “As a kid growing up in Philly, I used to rap over Wu-Tang beats with my homies, and we had a shirt that really favored their logo. To work with them is dope.”

The drama-biopic series has introduced a new generation of fans to the Wu-Tang Clan, the 10-member group that came together in 1992. The actors worked directly with the original members of the Wu-Tang Clan to bring the series to life, but Atoms is the only member who wasn’t able to ask his counterpart for advice on the role. Ol’ Dirty Bastard, born Russell Jones, died of an accidental drug overdose in 2004.

Atoms had to dig deep for this role, in a way he’s never had to before. “I did a lot of research on him. I talked to a lot of people that knew him, his family included,” the 26-year-old actor said. “Me and ODB, people feel the energy that radiates from us, and that’s what people are receiving. I’m doing the character justice.”

Watching how successful Atoms is in embodying the idiosyncratic nature of Ol’ Dirty Bastard, fans might not realize that he doesn’t have a traditional background in acting. Atoms was discovered by a casting director in Philadelphia who asked him to appear in a music video for heavy metal band August Burns Red. From there, he’s appeared on several TV shows and films.

But his role as Ol’ Dirty Bastard, called by his nickname Ason Unique in the series, has become a fan favorite. He originally went out for the role of Wu-Tang member Raekwon (played by Shameik Moore) but has found many similarities between himself and the late artist. “We’re both free-spirited people,” Atoms said. “I have a big presence, and I feel like it radiates through the screen … we have that in common.”

There are several scenes in the show that draw from actual moments in the Wu-Tang’s rise, and Atoms captures the essence of ODB admirably. In one episode, Atoms re-created a speech the artist gave in front of a New York crowd in 1993 — the year it released its debut album, “Enter the Wu-Tang (36 Chambers).”

Fans can hope to see more of Atoms as Ol’ Dirty Bastard if the series is renewed for a third season. “You can expect the results of what happens after everyone’s signed, how members are feeling. Expect a lot of foreshadowing,” Atoms explained.

The actor isn’t stopping there. He’s aiming toward becoming a full-fledged multi-hyphenate. He’s getting back into music, having released a new single, “Potato Chips,” on Wednesday. He starts filming a movie about skateboarders, “Free the Dreamers,” for which he’s executive producer. And he will have a recurring role on Hulu’s limited series “Iron Mike,” based on the life of boxer Mike Tyson.

Atoms doesn’t want to let any opportunity go to waste. He said tapping into his spirituality allowed him to manifest his career and the path that lies ahead — and being able to portray a character that’s so similar to himself shows that he’s on the right track.

“That’s straight manifestation. It can’t get no better than that.”

Wu-Tang Clan’s RZA Puts Out An Ice C.R.E.A.M. Jingle Like None Other

TV Diversity Is Improving On Screen. Behind The Camera, It’s Still Mostly White And Male.