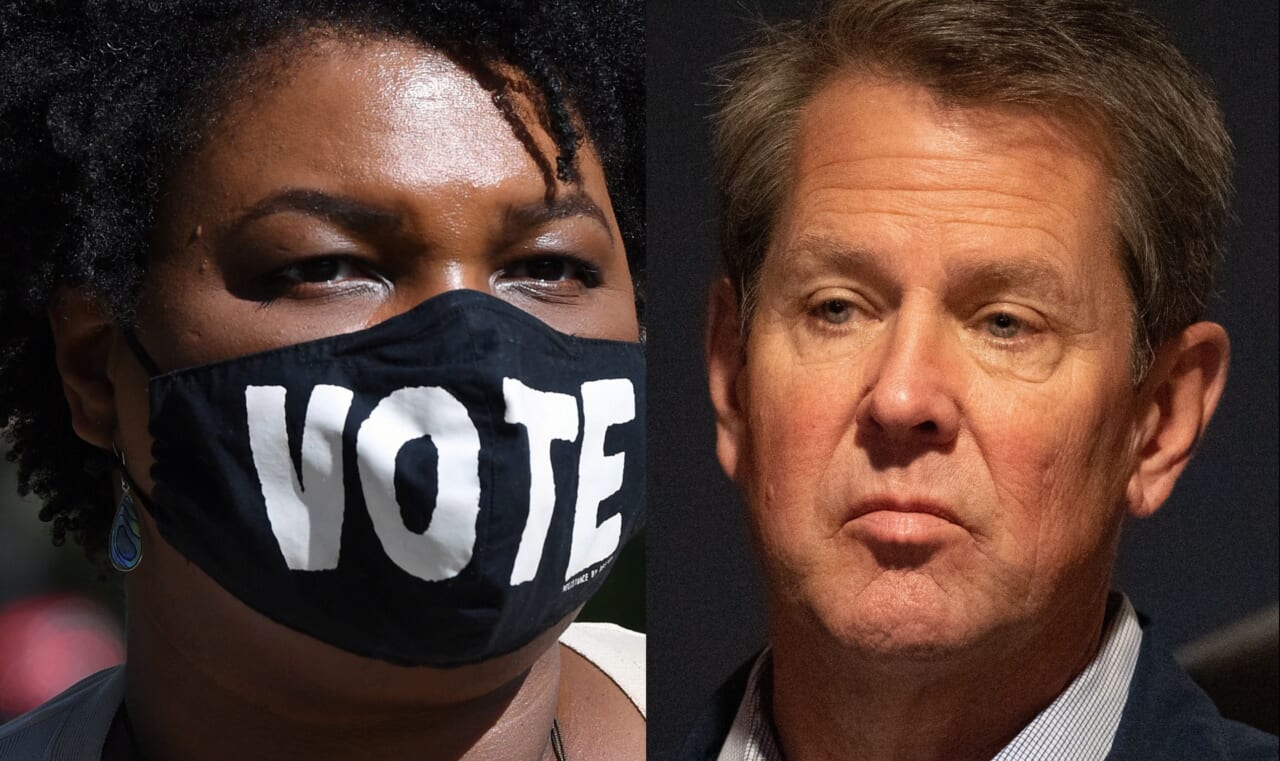 The state of Georgian had reason to celebrate Saturday night after the Atlanta Braves won the pennant to advance to the World Series.

Gov. Brian Kemp, however, found a way to politicize the occasion to continue fuming that Major League Baseball pulled the 2021 All Star Game from Atlanta while incorrectly blaming the move on Stacey Abrams, his Democratic rival in the 2018 gubernatorial election.

The Braves will play in the World Series for the first time since 1999 after defeating the Los Angeles Dodgers 4 -2 in game six of the National League Championship Series.

Before congratulating the team, Kemp directed his first words at Abrams and the MLB.

“While Stacey Abrams and the MLB stole the All-Star Game from hardworking Georgians, the Braves earned their trip to the World Series this season and are bringing it home to Georgia,” Kemp said in a tweet. “Chop On, and Go @Braves!”

The All Star Game was initially scheduled for Truist Park, home of the Braves, but the MLB took an about-face after Kemp in March signed a Republican legislation overhauling Texas’ elections process that drew cries of voter suppression.

In April, the MLB decided to relocate the game in protest of the law, which set new guidelines around voter registration and mail-in ballots, among other things. The game was instead played in Denver at Coors Field, home of the Colorado Rockies, on July 13.

Abrams, a voting rights advocate and outspoken critic of the legislation, argued that the new voting rules would make it harder for people of color to vote. Abrams, however, also spoke out against the MLB boycott.

“As I have stated, I respect boycotts, although I don’t want to see Georgia families hurt by lost events and jobs,” Abrams said in response to the MLB moving the game out of the Peach State, as previously reported by theGrio.

Kemp and fellow Republicans criticized the move, saying that it would have a negative impact on local businesses who would profit from the All-Star Game being in town.

After discussions with the Major League Baseball Players Association, individual players and the Players Alliance, an organization of Black players formed after the death of George Floyd last year, Commissioner Robert Manfred decided that moving the game in addition to the MLB Draft was the “best way to demonstrate our values as a sport.”

“Major League Baseball fundamentally supports voting rights for all Americans and opposes restrictions to the ballot box,” he said. “Fair access to voting continues to have our game’s unwavering support.”

The Atlanta Braves will face the Houston Astros, who defeated the Boston Red Sox in the American League Championship in six games, in the World Series.

The seven-game series starts Tuesday at Houston’s Minute Maid Park and will be televised live on Fox.

Black Fireman finds a noose left in his locker
Do I, Or Don’t I Go Home For The Holidays?
Bernice King Talks Her Journey And How She Found Balance
White House Slams Trump’s Dinner With Ye, Holocaust Denier Nick Fuentes
Shanquella Robinson: Mexican Authorities Request Extradition Of ‘Friend’ Allegedly Responsible For Death