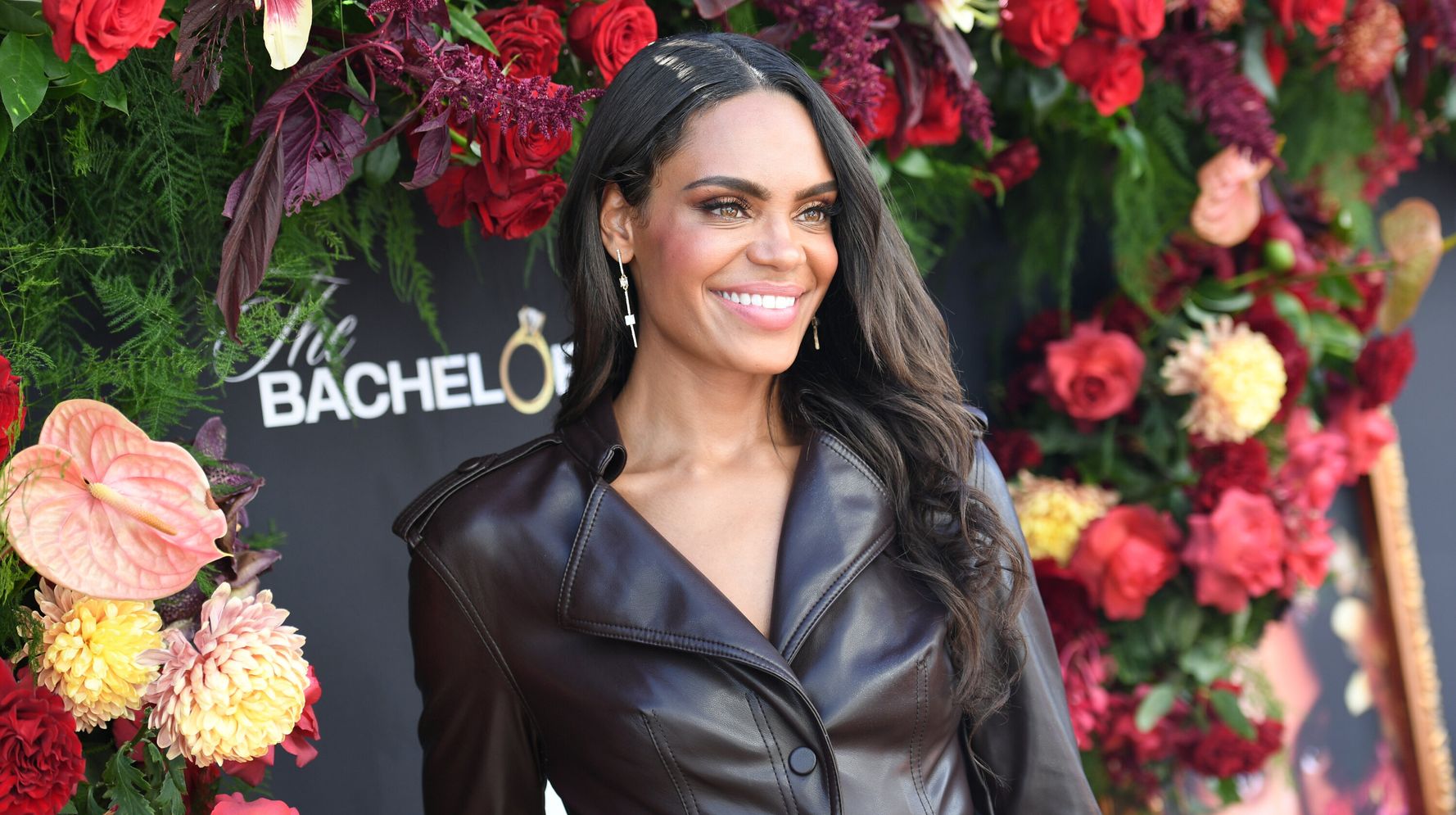 Young entered the franchise as a contestant on Season 25 of “The Bachelor,” which featured the series’ first Black male lead, Matt James. After being jilted by James on the show in March, Young now has the chance to find love.

Over the course of 10 weeks, 30 suitors will be battling for Young’s heart, but only one will receive the final rose.

Ahead of the premiere, here’s everything you need to know about the spunky Gemini, Midwest native and “catch-phrase queen.”

Before “The Bachelor,” Young was a star basketball player growing up in a suburb of St. Paul, Minnesota, with her parents, Ephraim and LaVonne, and two siblings, Angela and Alex.

She graduated from Woodbury High School in 2011. A “lightning-fast guard,” the 5-foot, 9-inch baller and shot-caller racked up statewide accolades, eventually earning a scholarship to play Division I basketball at Bradley University in Illinois.

Apart from playing for the Braves, she studied elementary education in undergrad, pursuing her longtime passion for teaching. Upon graduating in 2015, Young returned to her home state to embark on her career of service, joining the fifth grade faculty at Echo Park Elementary.

While past contestants have quit their jobs to film “The Bachelor,” rumor has it that Young filmed her “Bachelorette” season during summer break in order to avoid missing time with her students.

On World Teachers’ Day, Young said in an Instagram video that her favorite part of the job is “having the ability to mold future minds and being able to inspire them to figure out what inspires them.”

Though she made it to the coveted fantasy suites round on “The Bachelor,” Season 25 was largely embroiled in scandal. Three-year-old photos of winner Rachael Kirkconnell in antebellum attire at an Old South party resurfaced online, spurring a racial reckoning within the franchise.

Ultimately, the firestorm resulted in a brief breakup between James and Kirkconnell, the departure of the show’s 19-year veteran host Chris Harrison and later, the appointment of the franchise’s first Black executive producer, Jodi Baskerville.

While she may not have won over James’ heart with embroidered his-and-hers basketball jerseys, Young quickly became a fan favorite. During the “After the Final Rose” special in March, contestants Katie Thurston and Young were named future back-to-back Bachelorettes.

Since then, Thurston has found her new beau and the first Black couple in the franchise’s history emerged engaged from “Bachelor in Paradise.” Now, Young, whose father is Black and mother is white, is one of three women of color to become the face of the franchise, following the first Black Bachelorette, Rachel Lindsay, and alum Tayshia Adams.

Adams, along with former Bachelorette Kaitlyn Bristowe, will be co-hosting Young’s season, guiding her on her journey. As for her heart’s desires, Young has previously said she’s looking for “the superman to her superwoman.”

Recently, in an interview with Extra, Young said she wants a relationship that mirrors qualities from her parents’ marriage. She’s looking for “somebody I can laugh with, somebody that is going to stick in with it and get through the difficult times, somebody who is a goal setter and supportive.”

Young may have scored her way into America’s heart, but only one lucky man can make an A+ in chemistry with her.

“The Bachelorette” airs Tuesday at 8 p.m. ET on ABC.

12 Songs Your Parents Probably Played While Cleaning
Florida Has An Outrageous New Law Targeting Teachers. Here’s Why I’ll Be Breaking It.
A Cop Is Accused Of Falsifying Search Warrant Used In Raid Of Breonna Taylor’s Home. Now, Her Death Is Being Connected To A Housing Development Project
Angela Means, Who Played Felicia In ‘Friday,’ Says In Emotional Interview That People Call Her A ‘Dirty B***h’
Opening the Digital Door: How Mastercard’s Latest Initiatives Are Helping Small Businesses Grow & Benefit From Their Digital Presence