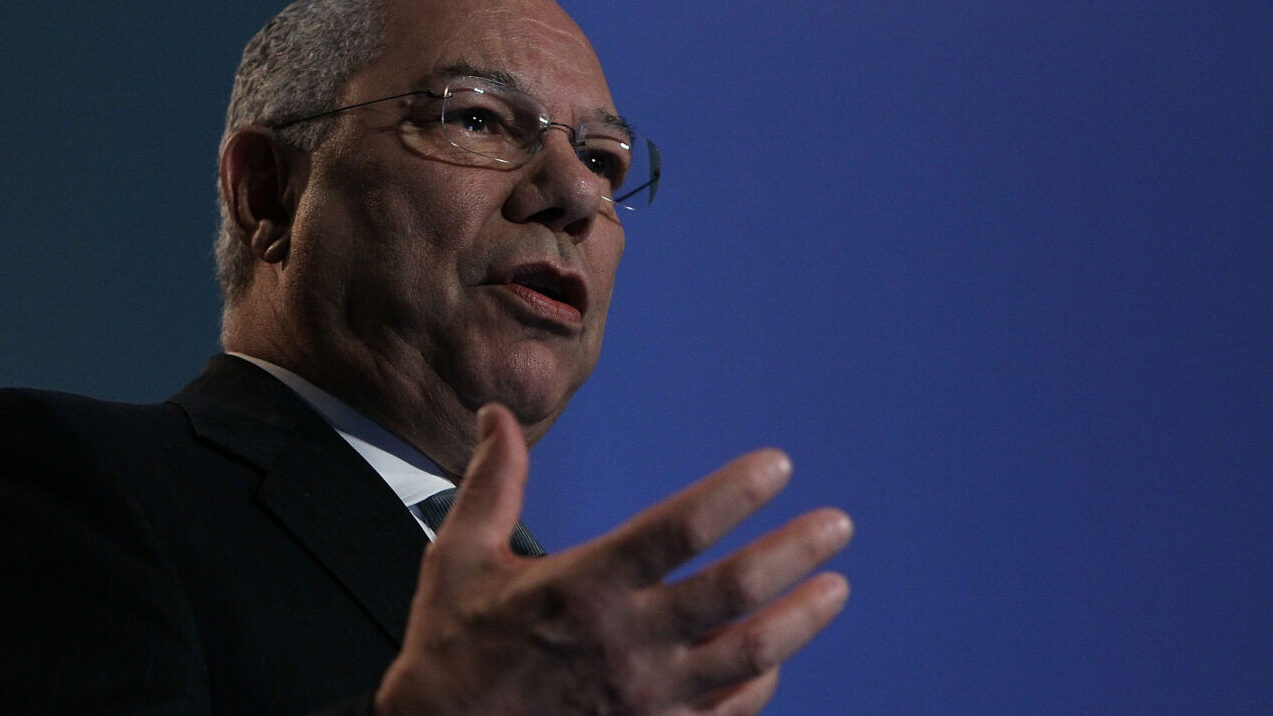 Former Secretary of State and Bloom Energy Board member Colin Powell speaks during a Bloom Energy product launch on February 24, 2010 at the eBay headquarters in San Jose, California. (Photo by Justin Sullivan/Getty Images)

The world continues to mourn the loss of Colin Powell, the former United States Secretary of State and the first Black American in history to fill the position, who died of complications due to COVID-19 despite being fully vaccinated.

The former general’s sudden death may come as a surprise to some, but the fact that he died of COVID-related complications despite being inoculated with both shots is not a complete surprise in public health circles. In fact, as more and more people are vaccinated the numbers of fully vaccinated people infected with COVID who then go on to die from it, is expected to rise — especially in high-risk populations with similar medical histories to Powell’s.

Vaccination is not a promise of cure and does not provide infallible protection. Invariably, some deaths after inoculation will occur because vaccines are not 100% effective; and no matter the vaccine, there is always a small percentage of people who will not be well protected and others who experience waning immunity over time, due to genetic variation and differences in health status.

“Breakthrough” deaths — occurring at least two weeks after the second jab — tend to happen in the most vulnerable, men and those with weakened immune systems, with the average age being 84 (ironically Powell’s age of death). The retired four star general, who falls squarely into this high risk group, has a medical history that includes a diagnosis of prostate cancer at 66 — for which he underwent radical prostatectomy, a procedure that involves the removal of the prostate gland — and multiple myeloma, a type of blood cancer that hurts the body’s ability to fight infections.

The effectiveness of the vaccine against variants and the ability of the former secretary of state’s immune system to build up enough antibodies to ward off the disease come into question. Chemotherapy weakens one’s immune system, decreasing the body’s ability to protect itself. Even multiple doses of a vaccine can fail to jumpstart one’s immune system. Even more, research shows that the efficacy of the COVID vaccine decreases slightly for variants like alpha and delta, with studies indicating 88% efficacy against the delta strain after two doses of the Pfizer vaccine, compared to 95% efficacy against the dominant strain.

It is unknown whether Powell received the Pfizer, Moderna, or Johnson & Johnson vaccine or if the four star general contracted the more highly infectious delta variant, but given his medical history it is less likely that his body would be able to contain and eliminate the disease.

Powell’s death underscores the ongoing vulnerability of those who are older or in poor health, and highlights the importance of getting booster shots to people in this population.

According to the CDC, 76% of the hospitalizations and deaths from breakthrough cases have occurred in people over the age of 65. While the CDC does not closely track the number of vaccinated people who are infected by the virus — a decision that has been highly criticized by public health officials — the agency does track vaccinated individuals who are hospitalized or die. Since mid-june the CDC has identified 2,900 fully vaccinated people among the last 100,000 who have died of COVID, less than 3% of all deaths.

Vaccination is still the best protection

Despite anti-vaccine propaganda that mistakenly pins the cause of death on the vaccine rather than the deadly virus, vaccination is the best protection against COVID-19. According to the CDC, 97% of COVID-19 deaths have been in the unvaccinated since the vaccine was made widely available; and despite surpassing 700,000 COVID-related U.S. deaths in October, the overall number of deaths in the vaccinated remain low and overall COVID deaths continue to decline.

Vaccination rates have hit a stubborn plateau. Dr. Anthony S. Fauci, an adviser on the pandemic to President Joe Biden, said in a recent interview that there are still 70 million vaccine-eligible Americans who have yet to get the shot. Even as access issues ameliorate, obstacles to getting shots in arms remain as mistrust and misinformation continue to undermine public health efforts.

Vaccine-skepticism, stemming from confusing anti-vaccine messaging around the vaccine’s safety, is one reason why people of color continue to be the most affected by COVID-19 but the least protected. Some nefarious actors are even using Powell’s death as an opportunity to misinform people, a move that is not only unethical, but completely off base. It shows a complete lack of empathy; and sends the message that ascribing to an anti-vaccine position is more important than allowing people the space to gather the bias-free information they need to make an informed medical decision.

With the flu season fast approaching, pro-health messaging that appropriately counters anti-vaccine propaganda — including the flood of tweets and Instagram videos that have predictably and conveniently pointed at Colin Powell and the deaths of others who are vaccinated as reasons to doubt the vaccine — is needed more than ever to stop these doubts from setting in.

Dr. Shamard Charles is an assistant professor of public health and health promotion at St. Francis College and sits on the anti-bias review board of Dot Dash/VeryWell Health. He is also host of the health podcast, Heart Over Hype. He received his medical degree from the Warren Alpert Medical School of Brown University and his Masters of Public Health from Harvard’s T.H. Chan School of Public Health. Previously, he spent three years as senior health journalist for NBC News and served as a Global Press Fellow for the United Nations Foundation. You can follow him on Instagram @askdrcharles or Twitter @DrCharles_NBC.