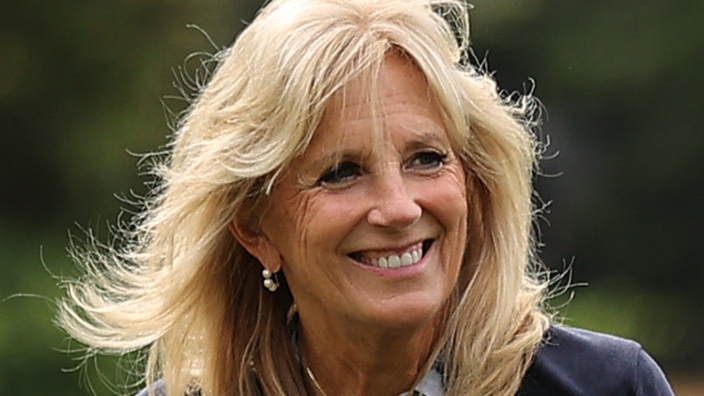 First Lady Dr. Jill Biden made a surprise visit Sunday to a Columbia, South Carolina church, where she talked about the death of her son, Beau Biden, who succumbed to brain cancer in 2015, and surprised the woman who revived her religious faith.

“After Beau died, I felt betrayed by my faith, broken,” Biden told congregants of Brookland Baptist Church, according to a report from KPTV. She noted that during his long battle with cancer, she stayed consistent and true to her faith.

“Chemotherapy, operation after operation, weight loss — still, I never gave up. I kept going, every day, I put one foot in front of the other, and despite what the doctors said, I believed that my son would make it,” Biden said of her unwavering belief in her higher power. “In the final days, I made one, last desperate prayer, and it went unanswered.”

In her darkest days, she said, she couldn’t find the strength to visit her own church, feeling betrayed by God.

Then during a May 2019 campaign stop in South Carolina in support of the presidential candidacy of her husband, Democratic Delaware senator then-Vice President Joe Biden, Dr. Biden said she met the Rev. Dr. Charles B. Jackson, the pastor of Brookland Baptist.

Even more significant, she said, was her meeting with Jackson’s wife, Robin.

“Robin came up to me, and she sat beside me, and she said, ‘Doctor Biden, I would like to be your prayer partner,’” Biden said, according to FOX 12.

The First Lady maintained that she wasn’t sure what a prayer partner was, but she was struck by Robin Jackson’s kindness.

“I don’t know if she sensed how moved I had been by the service. I don’t know if she could see the grief that I feel still hides behind my smile,” said Biden. But in that moment, for the first time since her son took his last breath, the doctor said she saw a path to recovering her faith. Looking back, she said it was through Mrs. Jackson that she heard God telling her, “Okay, kiddo, you’ve had enough time. It’s time to come home.” 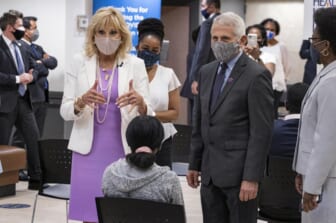 According to Rev. Charles Jackson, Jr., the son of Brookland Baptist Church’s first couple, the first lady and his mother have maintained a close relationship.

Sunday’s church service, the 50th anniversary of the church’s pastor, wasn’t the first time Biden talked about her relationship with Robin Jackson. She told PBS’ NewsHour in August 2020, in advance of the presidential election, that she and her “prayer partner” pray together. “We text one another a couple of times a week. She gave me back my faith,” Biden said. 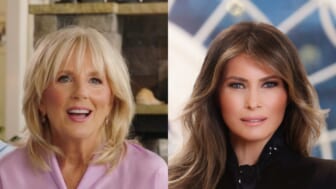 From the pulpit Sunday, Biden added, “Robin’s kindness, her mercy and grace, pushed past the callouses on my heart. Like a mustard seed, my faith was able to grow once again.”

According to a local report, Biden kept her visit to Brookland Baptist secret from Jackson. It was only foiled by the increased presence of police in advance of a visit from the nation’s first lady.

Biden made clear that in their relationship, she has restored her belief in God, and that through her relationship with Jackson, she learned that when she is able to trust in a higher power, “we not only find mercy, we find each other.”